Jim Acosta will be fired from CNN 'soon': report

"He does not have a place in the new CNN," said an executive at Warner Bros. Discovery, the parent company of CNN. 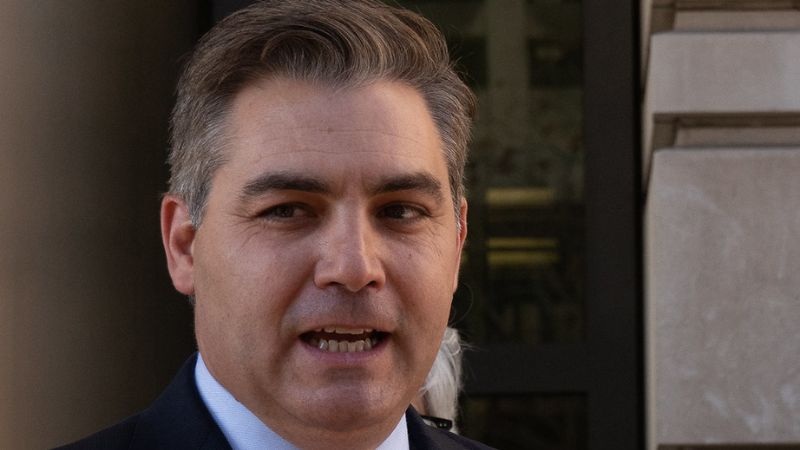 On Friday, News Cycle Media President Jon Nicosia took to Twitter to announce that CNN's Jim Acosta is expected to be fired after accurately predicting Brian Stelter's termination back in June.

Acosta "did not fit into the 'middle ground' vision CNN is being pushed into," Nicosia said, "Since Acosta was the main Trump lightning rod between the 'old' CNN and the new owners future vision he will either go quick, or with a lot of internal pushback. Stay tuned."


The outlet embraced a "middle ground" vision of reporting when Chris Licht took over as CNN president in February, after disgraced former boss Jeff Zucker resigned amid a salacious workplace affair scandal. Licht said in June that he wanted to reduce the partisan nature of some of the network's programming and on-air personalities.

In 2020, Acosta claimed, without providing any evidence, that he and his colleagues have been subjected to "death threats" from supporters of President Donald Trump. A few days later he conducted a "cringeworthy" biased interview with former President Barack Obama.

Nicosia first announced that a "big name" was about to exit CNN on Tuesday, but did not confirm who it would be in order to protect the anonymous source, an executive at CNN'S parent company, Discovery.


"Discovery Executive: 'He does not have a place in the new CNN. He reminds us of the Zucker period we are looking to move far from. The only reason he is still on air was not to look like we were 'cleaning house' for political reasons right after the closing.'" Nicosia tweeted.


Nicosia also said that CNN's PR department would deny that Acosta was set to be fired, just as they did with Stelter.


He also said that "Acosta won’t be the last of the 'old guard' to go, but this 'takes time' and 'they’re getting an incredible amount of internal push back from people who want to stay a resistance network.'"

Acosta was booed in June of 2021 for asking former President Donald Trump if he would apologize for the events of January 6. Acosta's "resistance" style of question of Trump cause the former president to ridicule the CNN correspondent, which Acosta said was akin to "physical abuse."
ADVERTISEMENT
ADVERTISEMENT
JimAcosta