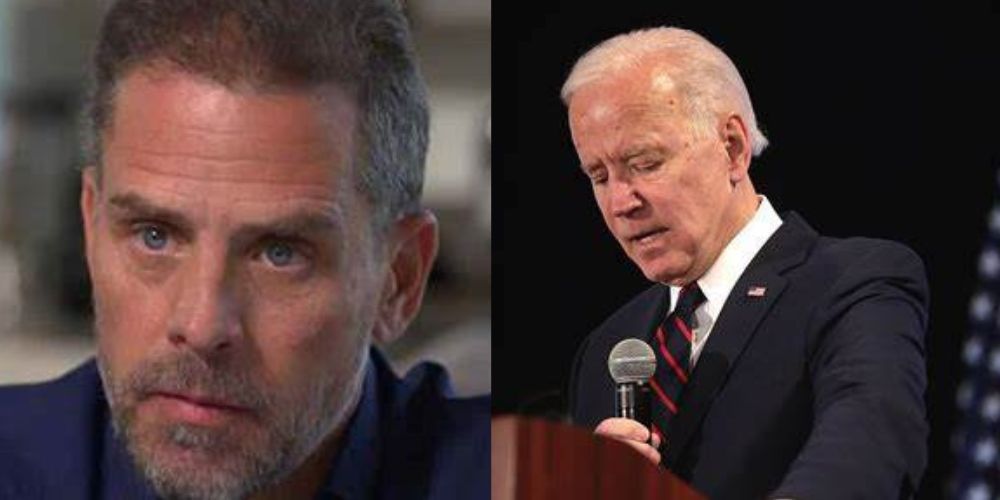 It has been revealed that then-Vice President Joe Biden met with two Hunter Biden-connected executives from Wanxiang, a major Chinese energy company, at the White House in 2014.

According to the New York Post, Pin Ni, President of Wanxiang America, and President of  Wanxiang Resources Co Youhong Han spent over an hour at the White House talking to Joe Biden on July 25, 2014, despite Biden saying, "I have never discussed, with my son or my brother or with anyone else, anything having to do with their businesses. Period."

The Post reports, "a client of Hunter’s Seneca Global Advisors company, GreatPoint Energy, had previously partnered with Wanxiang in 2012 for a $1.25 billion natural gas plant in China." Further, Wanxiang bought the Fisker car business in February 2014. Hunter had invested in Fisker and bought one of their electric sports cars for $100,000.

White House logs revealed in April that Hunter Biden's business partner Eric Schwerin visited the White House twenty-seven times during the Obama-Biden era. During his visits, Schwerin met with a number of Biden staffers, as well as Biden himself in 2010 and visited at least eight times in 2016.

Joe Biden also met with associates of Hunter's from the US, Mexico, Ukraine, China, and Kazakhstan all while he served as Vice President of the United States.

An email from April 24, 2017 details an ask from Hunter for photos from a lunch held in Biden's office during one of those meetings. Visitor logs from the Obama White House confirms the lunch and its attendees.

Records from Hunter's infamous "Laptop from Hell" showed in May that more than half of Hunter Biden's earnings from 2013 to 2018 were made via deals with Chinese business interests and that he was pulling in cash from Ukraine as well.

After reviewing the laptop, NBC wrote, "From 2013 through 2018 Hunter Biden and his company brought in about $11 million via his roles as an attorney and a board member with a Ukrainian firm accused of bribery and his work with a Chinese businessman now accused of fraud."

The evidence showed Hunter made two deals with Chinese firms, the "most lucrative" being with CEFC China Energy funded Hudson West III, wherein he acted as a consultant. In just over a year, the firm paid $4,790,375.25 to Owasco PC, which it has been revealed was controlled by Hunter. Joe Biden was also fingered as "the big guy" by Hunter's associates which connected him to a deal where the president gained a 10 percent equity stake in CEFC.

In July, evidence showed that Joe Biden had 30 meetings with Hunter immediately after foreign business trips, including those from China.