Kerry's family jet, a Gulfstream GIV-SP, has made a total of 48 trips lasting more than 60 hours and emitted an estimated 715,886 pounds, or 325 metric tons, of carbon since President Biden was sworn into office as of July. 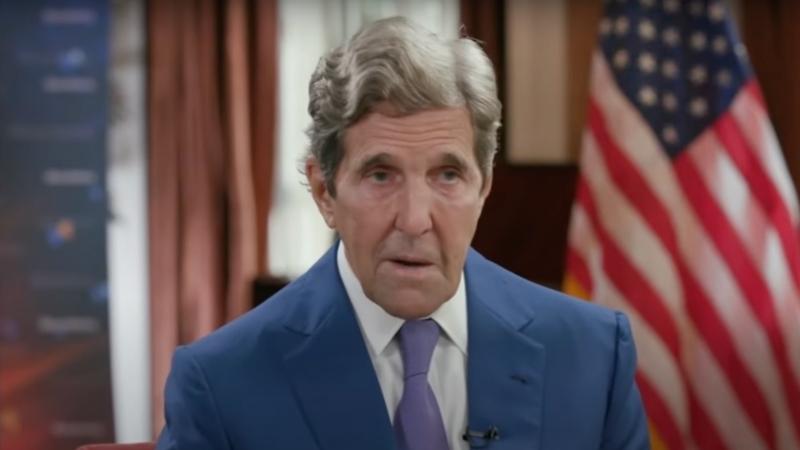 Olivia Rondeau
Nov 2, 2022 minute read
ADVERTISEMENT
ADVERTISEMENT
A State Department spokesperson has confirmed that President Joe Biden's Special Presidential Envoy for Climate, John Kerry, will fly commercial instead of private next week when he travels to Egypt for the 2022 United Nations Climate Change Conference, or COP27.

According to Fox News, Kerry will fly to Sharm El-Sheikh, Egypt via commercial aircraft after facing backlash for utilizing his family's private jet, which they still own, to attend other climate conferences.

A member of the Forbes family and the Democratic Party, Kerry represented Massachusetts in the Senate for nearly three decades and served as the US secretary of state under former president Barack Obama. His family jet, a Gulfstream GIV-SP, has made a total of 48 trips lasting more than 60 hours and emitted an estimated 715,886 pounds, or 325 metric tons, of carbon since President Biden was sworn into office as of July, reported Fox News.

Several Republicans have pointed out the hypocrisy in this, including Missouri Sen. Josh Hawley, who said in July:

"Joe Biden launched his war on American energy on his first day in office, shutting down domestic energy production and making us reliant on our enemies… But while Americans are struggling to afford gas and being lectured about 'transitioning' their energy use, Biden's cabinet is jetting around the world wasting the same fossil fuels they say they want to ban. Americans can see the hypocrisy and it's insulting."

Just last Friday, the conservative government watchdog group Judicial Watch filed a Freedom of Information Act (FOIA) lawsuit against the State Department for details of Kerry's travel, which they believe are being hidden to protect them from criticism.

"People like John Kerry and these Hollywood types who use private jets to fly to climate change conferences… in a way that probably promotes more carbon distribution than anything else they're complaining about," said Tom Fitton, Judicial Watch president.