Jordan Peterson is not a gateway drug to the alt-right

We live in an era that depends too heavily on machine learning. Peterson preaches the exact opposite of this: deeply personal, human, and humane learning. 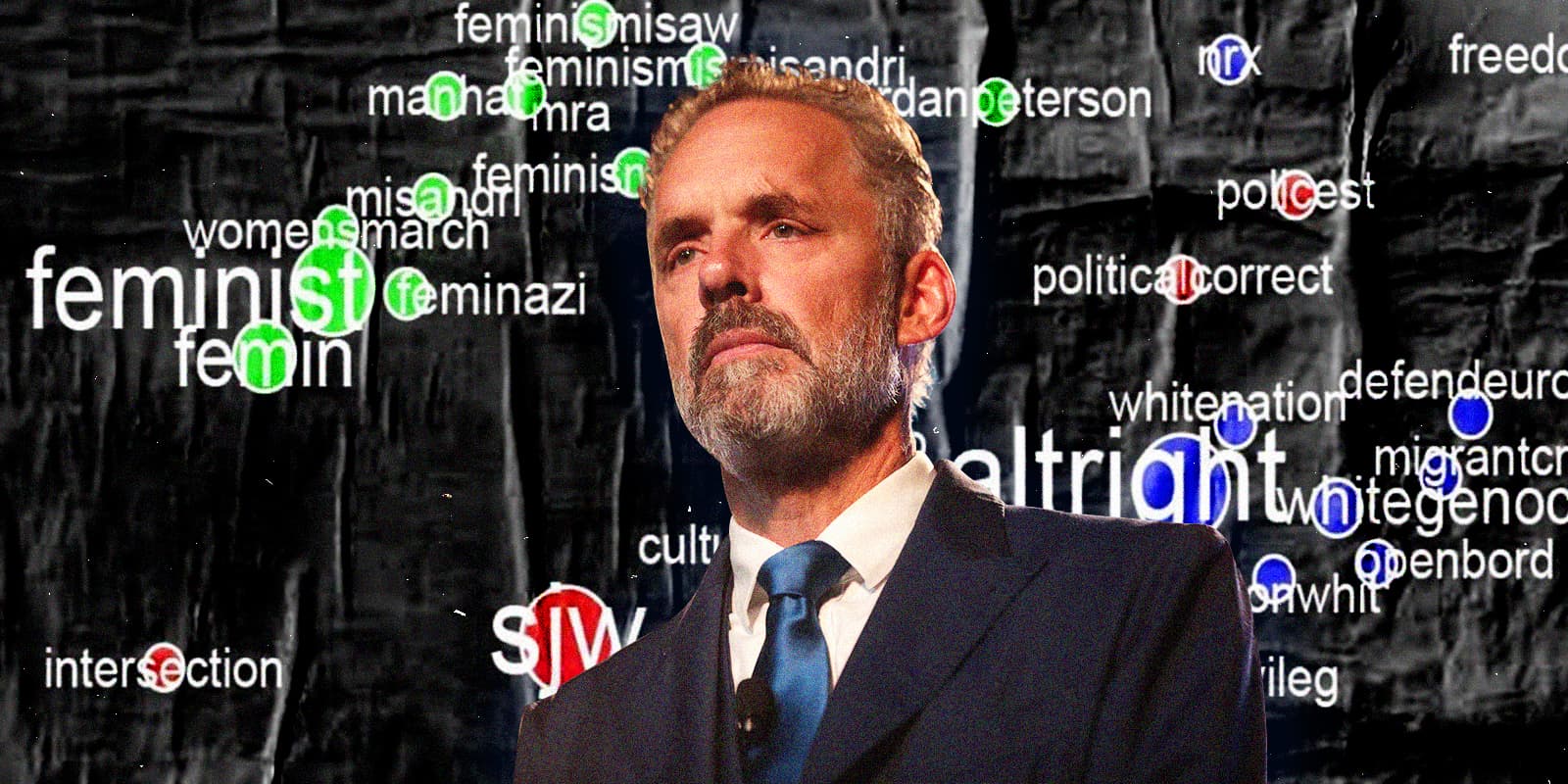 Is Dr. Jordan Peterson a “gateway drug” to the alt-right? Heterodox Academy has published a research summary that attempts to answer that question. What’s weird is that these kinds of questions keep being asked of a mild-mannered psychology professor and author who has helped thousands upon thousands of young people straighten out their lives.

This study used machine learning tools in a similar way that Becca Lewis did in her infamous and debunked Data and Society report. (Lewis, by the way, was recently caught spreading misinformation about Peterson and his daughter on Twitter.) It also cites as evidence this panic-driven Cornell study that embarrassingly refers to moderate Conservative Canadian MP Michelle Rempel as “alt-lite” (whatever the hell that means).

Prior to the YouTube video on pronouns that sparked his international fame, Peterson was giving lectures on religion, mythology, and virtue. He was talking about the importance of personal responsibility and the lessons of western culture. The people who wanted to hear how they could change their lives for the better, without waiting for an organization, or government, or society to change it for them, listened. Once Peterson emerged onto the bigger stage, that message was amplified, and even more people were able to hear it.

Are those people hateful? Are these folks who go to YouTube to try and make themselves better, bad? How can this be quantified? The way that these people are organized into groups is pretty much arbitrary, as are the groups they are classified into. Studies like this look first at viewers because it is so hard to quantify what constitutes hate speech.

What this means is that instead of trying to identify the language that is hateful, those who are “hateful” are identified, their language analyzed and tracked across the platform. After users have been assigned to groups based on perceived identity, the language within the channels used by those groups is deconstructed to see where it overlaps.

This is the information that is used to determine whether or not Dr. Jordan B. Peterson is a “bad guy” or whether he should “do better.” The conclusion is that he isn’t quite, but he should do better somehow, use different language. The idea is that he should not make himself attractive to those individuals who may otherwise tend toward disenfranchisement. We’ve got to a point where a person’s perceived proclivity is enough to make them untouchable.

But here’s the thing: Jordan Peterson’s entire project is not about identity, not even a little. It’s actually anti-identity. Identity politics is being grafted over him where it does not actually exist. The reason people feel comfortable doing that is because we live in an identity-based age, where it is assumed that everything boils down to identity eventually. It is probable, even likely, that for many people, identity factors are irrelevant to how they live their lives.

The authors claim that they do not want Peterson to “self-censor.” But then they go on to say, “Instead, we would encourage Peterson et al. to consider ways they may be able to make the same points, just as forcefully, while avoiding a particular set of tropes.”

What is “avoiding a particular set of tropes” if not self-censorship? You can use as much window dressing as you want on your authoritarianism but it doesn’t change the fact that you are an authoritarian.

Sometimes a problem requires a simpler explanation. Yes, there are bad actors in the world. And yes, the internet is full of them. The alt-right spreads hate and panic and their vile ideas must be combatted. But the notions of guilt-by-association or guilt-by-proximity that studies like this propagate are dangerous and counterproductive. We used to know this.

Peterson has been able to tap into the hated white cis male category of people, and for that he is vilified. It’s been determined that people who fall into that identity category are a problem, but they deserve compassion, too. How people are identified is not always how they identify, and either way, a person’s identity should never be used against them. We used to know that, too.

Peterson is as clear and concise as possible, and if his ideas reach people who are operating in the world in dangerous, destructive ways, there’s every reason to believe that they will rethink that behaviour. Not all audiences can hear the same message in the same way. If these angry young people can’t hear messages of inclusivity, anti-racism, and personal responsibility from the trending leftist sources, there must be voices, like Peterson’s, speaking in a way that they can hear.

Regardless of their mindset, these young people do not deserve to be lost, tossed aside, or dismissed. Their lives have meaning and Peterson tells them that. The truth of the matter is that Jordan Peterson has been a great force for deradicalization in ways that are not easily explained by elaborate data sets. There are countless examples people whose lives have been improved by his advice that will never be tracked by IP address or pixel.

It seems strange that of all platforms, Heterodox Academy, which purports to promote “open inquiry, viewpoint diversity, and constructive disagreement in institutions of higher learning,” would run such a narrowly defined piece of research. It appears to be the kind of identity-obsessed scholarship that Heterodox Academy usually fights back against.

We live in an era that depends too heavily on machine learning. Peterson preaches the exact opposite of this: deeply personal, human, and humane learning. He is not easily quantified because his message based in neither identity nor algorithm, but in classical values. Concepts that can’t be instantly categorized as either left or right don’t have a place in the easily digestible, portion-controlled ideological landscape.