When the Minnesota Freedom Fund rose to prominence during the Black Lives Matter riots of 2020, it was revealed that the funds were going to more than just peaceful protestors – including an alleged child rapist and a man who is suspected of brutally attacking his elderly mother. 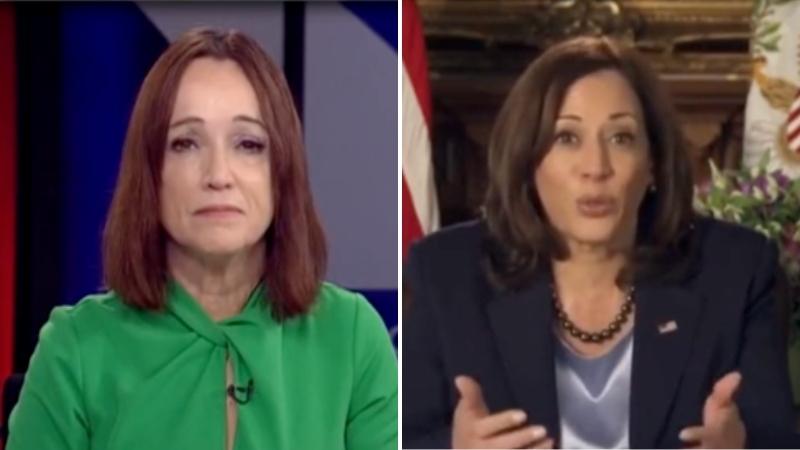 Vice President Kamala Harris on Friday said that Republicans who claim that she promoted the Minnesota Freedom Fund (MFF), a far-left organization that has bailed violent criminals out of jail, are spreading "misinformation." This statement is proven false by her own Twitter page.

During an interview with CBS News Minnesota's Esme Murphy, the politician responded to the Republican Party of Minnesota's claims that she supported the organization, which "pays criminal bail and immigration bonds for those who cannot otherwise afford to as we seek to end discriminatory, coercive, and oppressive jailing."

Then, she called the claims of her supporting MFF examples of "misinformation and disinformation."

"I think that unfortunately, what we're seeing is people are playing political games right now. We're 18 days away from midterms and we have sadly not seen a lack of misinformation and disinformation. And I think this is another one of those examples," the vice president said.

However, a Tweet asking for donations on behalf of the organization remains on her page.

When MFF rose to prominence during the Black Lives Matter riots of 2020, it was revealed that the funds were going to more than just peaceful protestors – including an alleged child rapist and a man who is suspected of brutally attacking his elderly mother.

According to the Daily Caller News Foundation, the bail fund aided Timothy Wayne Columbus, 36, who faces up to 30 years in prison for allegedly sexually assaulting an eight-year-old girl in 2015.

According to the state prosecutor's statement, the victim "stated 'Tim' laid her on the couch and held her down as he unbuckled his pants and pulled down her pants. Victim stated he then 'put his thing inside me.'"

"Victim stated 'Tim' told her not to tell anyone and continued to penetrate her," the prosecutor added.

Columbus was released in July on $75,000 bail, according to jail records.

The day following his release, Columbus signed a document requesting the court to return any refunded bail monies to MFF, indicating that the organization helped get him released, a court document shows.

Richard Raynell Kelley, 53, is facing two decades in prison on charges of burglary and 1st-degree assault after he allegedly broke into the home of his 71-year-old mother in violation of an active order of protection in April.

After the woman confronted Kelley about trespassing in her home, he allegedly grabbed her by the shoulders, yanked her down from the stairs and began "punching and kicking her in the ribs, back, and right eye," court records show.

The man then allegedly taped his mother's ankles and wrists together, and "proceeded to run up and down the stairs multiple times, stepping on Victim each time he passed her."

Kelley then allegedly threatened to kill her, then sat down and ate food on the couch "where he could keep an eye on Victim, who was still laying, duct-taped, at the bottom of the stairs."

Kelley ended up falling asleep on the couch, the statement of probably cause alleged. He finally left the house when he woke up to find the bruised and bloody woman in the process of cutting herself free with a blender blade.

The elderly woman sustained a swollen eye, as well as bruises on her chest, shoulders, back and legs, according to the statement, which noted that police found a "pool of blood" at the base of the stairs where she was allegedly assaulted.

Kelley was arrested, then released from jail on $4,000 bail on Aug. 10. Kelley signed a similar refund request document that same day, again indicating that the bail money came from MFF.

One week later, Kelley violated his house arrest. The Hennepin County Sheriff's office told the DCNF that there was still an active felony warrant for his arrest.

Both suspects were bailed out using MFF money within two months of Vice President Harris asking for donations for the fund.