Newly leaked documents have revealed that the Biden administration was seemingly unprepared to evacuate Afghan nationals who assisted Americans during the conflict. 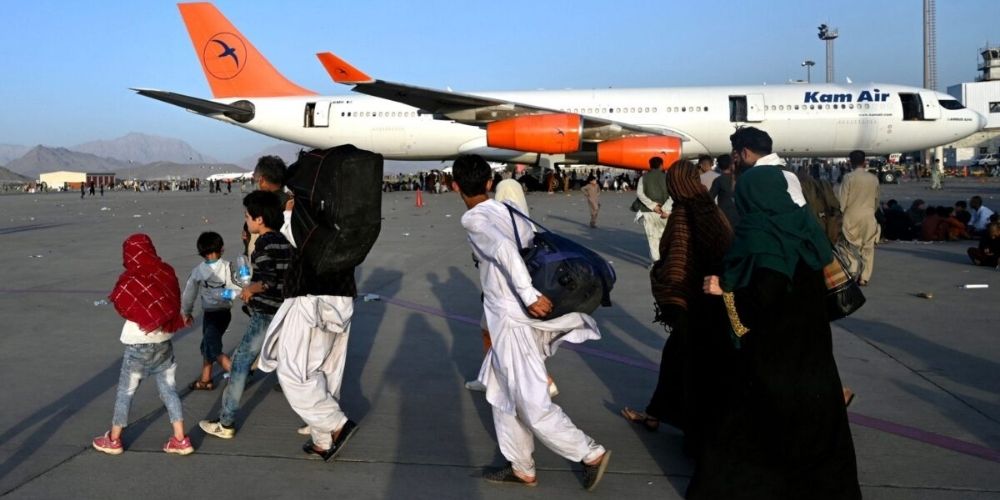 Newly leaked documents have revealed that the Biden administration was seemingly unprepared to evacuate Afghan nationals who assisted Americans during the conflict even just hours before the fall of Kabul.

The documents, obtained by Axios, were notes from a National Security Council Meeting of the Deputies Small Group that took place on August 14 at around 3:30-4:30 pm, just hours before the capital city of Kabul fell to Taliban fighters.

The subject of the leaked notes was the "Summary of Conclusions for DSG Meeting on Relocations out of Afghanistan." This meeting was chaired by NSC official Liz Sherwood-Randall, and included senior officials from multiple agencies, including Gen. John Hyten, vice chairman of the Joint Chiefs of Staff, according to Axios.

Many of the action items listed in the notes had an immediate or near immediate deadline to them, with those not marked as immediate having an August 15 deadline.

"DOD will contact their partners who are eligible for P-1 and P-2 referral programs, many of whom are Afghan pilots and female service members, to notify them of their eligibility and advise them to be ready for a possible near-term evacuation. (Action: DOD, immediately)" one action item stated

Another immediate action item stated that "State will work to identify as many countries as possible to serve as transit points" that would be able to accommodate "US citizens, Afghan nationals, Third country nationals, and other evacuees."

"Embassy Kabul will notify LES [locally employed staff] to begin to register their interest in relocation to the United States and begin to prepare immediately for departure... (Action: Embassy Kabul, immediately)"

NSC spokesperson Emily Horne commented on the leaked documents, saying that one meeting note did not reflect months of effort leading up to the meeting.

"While we're not going to comment on leaked internal documents, cherry-picked notes from one meeting do not reflect the months of work that were already underway," Horne told Axios.

"Earlier that summer, we launched Operation Allies Refuge and had worked with Congress to pass legislation that gave us greater flexibility to quickly relocate Afghan partners," Horne said.

"It was because of this type of planning and other efforts that we were able to facilitate the evacuation of more than 120,000 Americans, legal permanent residents, vulnerable Afghans and other partners," she added.

The withdrawal from Afghanistan has been heavily criticized, with many outside advisers warning of the collapse in the months leading up.

"I kept being told by people in the [White House] the thing they were most concerned about was the optics of a chaotic evacuation," Matt Zeller, a former CIA officer who contacted administration officials in February 2021 about protecting Afghans who worked with the Americans, told Axios. "They treated us like we were Chicken Little. They didn’t believe the sky was falling."

"On the 13th of July, we offered to work with them to help evacuate our partners," Zeller added. "We all saw this disaster coming before the inevitable occurred. They didn’t get back to us until Aug 15, the day Kabul fell."

Mark Jacobson, deputy NATO representative in Afghanistan during the Obama administration, told Axios "That so much planning, prioritizing and addressing of key questions had not been completed, even as Kabul was about to fall, underscores the absence of adequate interagency planning. This is especially surprising given the depth of experience on Afghanistan and contingency operations at that table."