David Jakubonis, 43, was arrested Saturday afternoon and will make his first court appearance for his attack on gubernatorial candidate Lee Zeldin. 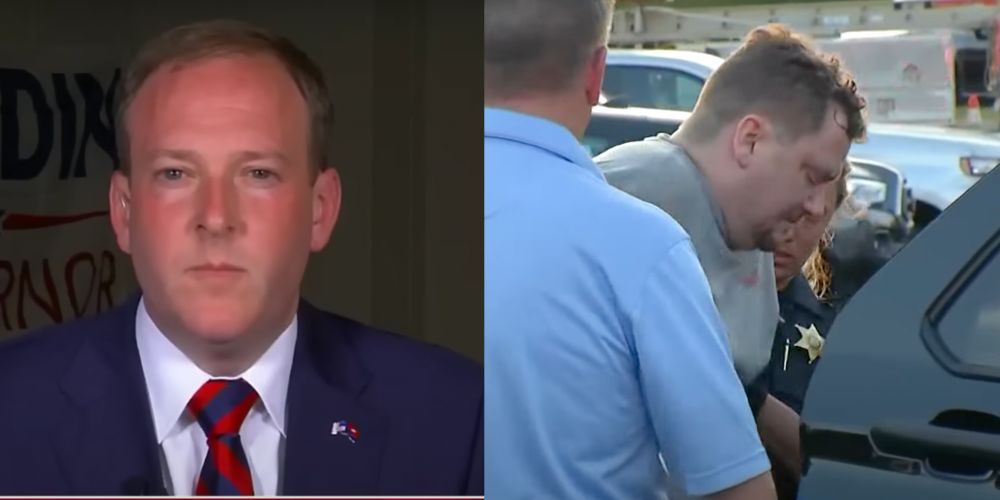 The man who attacked New York Republican candidate for governor, Lee Zeldin, on Thursday night has been arrested on a federal assault charge.

The announcement from the U.S. Attorney's Office in the Western District of New York comes after Jakubonis was arrested for assault at the event only to be released within hours.

Zeldin, who is campaigning against unelected Governor Kathy Hochul and her soft-on-crime policies, predicted on Twitter that his attacker would be "instantly released"  after the attack.

Zeldin's campaign event was at a Veterans of Foreign Wars post in Perinton, New York. The candidate was speaking on bail reform when Jakubonis, who is from Fairport, New York, jumped on stage and started screaming at Zeldin.

AMVETS National Director Joe Chenelly rushed to the stage and tackled Jakubonis to the ground. During the scuffle Jakubonis allegedly pulled out a bladed weapon that resembles a cat where the ears are blades. He was stopped before cutting anyone.

Jakubonis later claimed to be an Iraq War veteran and witnesses said he was intoxicated.

On Friday night's episode of Hannity, Zeldin said unelected New York Governor Kathy Hochul has a box truck with his face plastered on it following him around.

After the attack. Zeldin said,  "I would suggest if I was Kathy Hochul and her campaign" that "it's pretty bad taste and bad judgment to have it right back on the road following us around the next day" after the assassination attempt.

The morning of Jakubonis' attack, Hochul sent out an email calling Zeldin an "extremist."