In the wake of the Capitol Hill riot, two prominent left-wing journalists want to "deprogram" Trump supporters and force these conservatives to suffer "consequences." 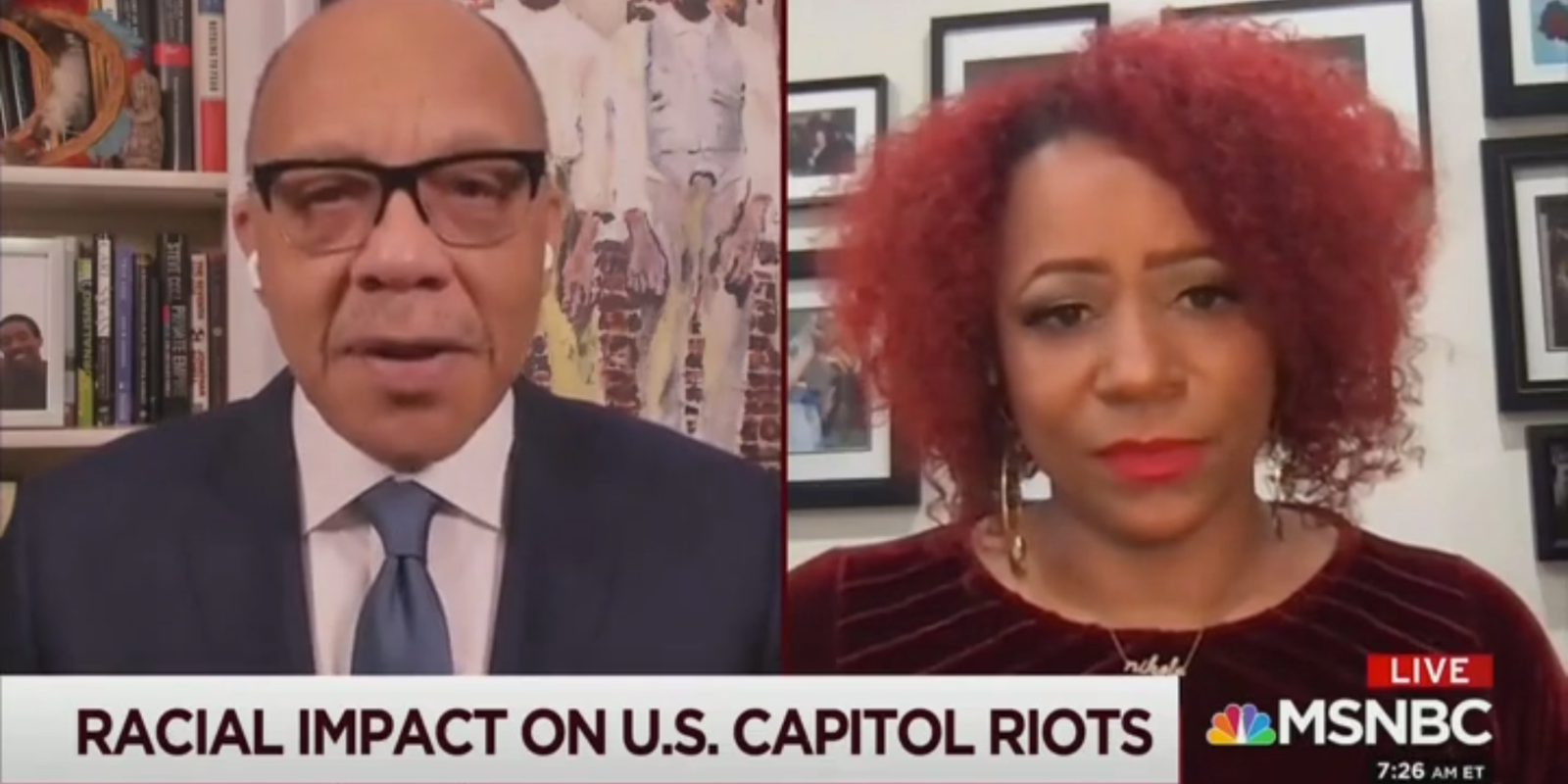 In the wake of the Capitol Hill riot, two prominent left-wing journalists want to "deprogram" Trump supporters and force these conservatives to suffer "consequences."

"There are millions of Americans, almost all white, almost all Republicans, who somehow need to be deprogrammed," Washington Post associate editor Eugene Robinson said Tuesday morning on MSNBC in an appearance with The New York Times Magazine reporter Nikole Hannah-Jones and host Joe Scarborough.

"It's as if they are members of a cult," Robinson declared, then asking fellow panelist Hannah-Jones how American citizens who voted for President Donald Trump could be purged of their ideology.

Hannah-Jones is the journalist responsible for her publication's revisionist "1619 Project," which attempts to link the founding of America to slavery and suggests that the nation's "true" founding occurred in 1619. She was awarded the 2020 Pulitzer Prize for Commentary for her introductory essay to the project. Although criticized for its historical inaccuracy, the 1619 Project has already been taught in public schools as fact.

"I certainly don't know how we can stop people," Hannah-Jones responded. "I think we can look to history though. What ultimately breaks that power structure in the South is enforcement, right? There has to be consequences."

She suggested that Trump-era Republicans "have to take a second look at their actions" and "be much more afraid to do the types of violence that we saw last week."

"What has long been the case in this country is that we have wanted to quickly move on to reconciliation when it comes to this sort of divide," she continued. "We've always been afraid that if you actually punish those kind of white nationalist elements in our society, it will only make things worse."

In fact, Hannah-Jones contended, what history shows is "not reacting, not enforcing accountability," but "only emboldening those people and those movements."

"There has to be some real accountability, there has to be some enforcement of the laws, and then after that is when you can start trying to build reconciliation," she concluded, reiterating that inaction is only empowering Trumpism to expand.

Numerous political commentators took to social media to express their outrage at the apparent calls for retribution. "I don't need to be deprogrammed from wanting to keep America free thanks," tweeted retired Air Force colonel Rob Maness.

"Consult with the CCP.  It has quite a successful 'reprogramming' operation underway," remarked Fox News host Laura Ingraham.

Robinson and Hannah-Jones are among a sea of anti-Trump voices calling for a draconian crackdown on the president’s "Make America Great Again" movement, a cleansing of 75 million voters.

Trump supporters have been booted en masse from social media. Some of those banished accounts pivoted to the alternative free speech platform Parler until the independent site was wiped out by Big Tech oligarchs.

At the behest of "Squad" member and New York Congresswoman Alexandria Ocasio-Cortez, activists compiled a blacklist of "Trump sycophants" with the aim of shunning those individuals who "elected, served, funded, supported, and represented" the President from polite society.