DeSantis' order states that Lee, Charlotte, and Sarasota counties were selected to receive these relaxed rules through a recommendation by Secretary of State Cord Byrd, as well as at the request of these counties' Supervisors of Elections. 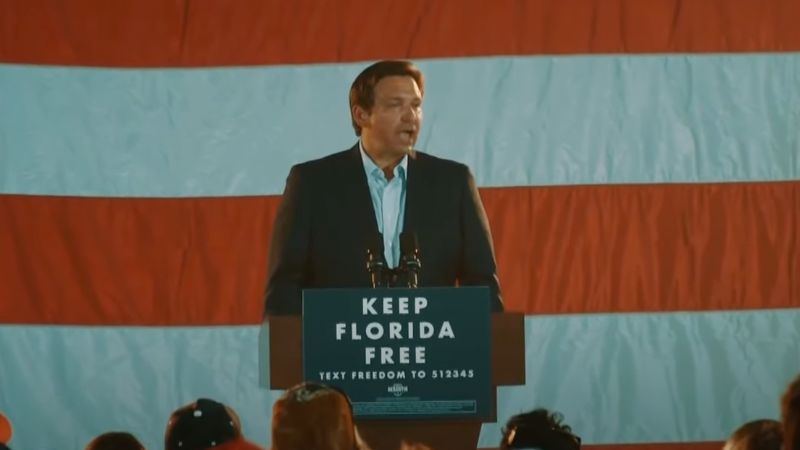 On Thursday, DeSantis signed an emergency executive order that expands main-in ballot access as well as early voting availabilities in counties that faced the heaviest damage from the Category 4 hurricane.

Following Florida Governor Ron DeSantis’ move to ease voting rules in areas of the state hardest hit by Hurricane Ian, liberal outlets have slammed the decision, claiming that the decision affects only the red counties that saw hurricane devastation, according to Fox News.


The order states that Lee, Charlotte, and Sarasota counties were selected to receive these relaxed rules through a recommendation by Secretary of State Cord Byrd, as well as at the request of these counties’ Supervisors of Elections.

The order will expand the number of early voting days, as well as designate additional early voting locations. The early voting period in these counties can now begin as early as October 24, and extend through election day, November 8.


Voters in these counties can call to request that their mail-in ballots be sent to another address other than their officially listed one. Voters will still be required to provide necessary forms of ID.

"In the wake of Hurricane Ian, the Florida Department of State has worked with Florida’s Supervisors of Elections and Governor DeSantis to ensure that the 2022 General Election is administered as efficiently and securely as possible across the state and in the counties that received the heaviest damage," said Secretary Byrd.

"Florida will continue to lead the way in elections administration in 2022, and I am grateful for and confident that our local elections officials will have all of the resources and support they need to run another successful election."

Hurricane Ian made landfall on September 28 near Cayo Costa, an Island in Lee County that lies West of Fort Myers. The area of the state received substantial damage, with floods carrying houses away, and parts of the Sanibel Island Causeway being washed into the sea.

Despite the order being set to assist tens of thousands of citizens displaced by the powerful storm in these counties, some liberal media reporters attacked the voter assistance, suggesting that the move is politically motivated ahead of the looming midterm elections.

Rapid Response Director for DeSantis' reelection campaign, Christina Pushaw, countered these claims of political motivation, saying that voting precincts in these counties were "literally destroyed" in the hurricane. She also noted that in other Democrat-run counties, voting is readily available in multiple forms, like mail-in ballots and early voting.


The Washington Post stated that, "More than 450,000 voters in Lee, Charlotte and Sarasota are registered as Republicans, compared with 265,000 Democrats and nearly 290,000 affiliated with no party."

"Overall, registered Republicans outnumber Democrats in many, but not all, of the counties damaged by the hurricane," the outlet continued, noting that Orange County, where Hurricane Ian passed as a Category 1 storm, experienced historic flooding and is a mostly Democrat voting area, did not receive any exceptions.

The Guardian wrote that, "Voting rights groups had previously asked the governor to extend the statewide voting registration deadline, which ended on Tuesday, and to add more early voting days, as well as implement other accommodations. DeSantis complied – but only for the three Republican counties."

Many other outlets noted that these counties lean red, with NPR writing that "The three counties affected by the order are Republican-leaning. In 2020, Donald Trump won 62%, 59% and 54% of the vote in Charlotte, Lee and Sarasota counties, respectively."