Poilievre said that Canadians' trust in news media has reached "an all-time low." 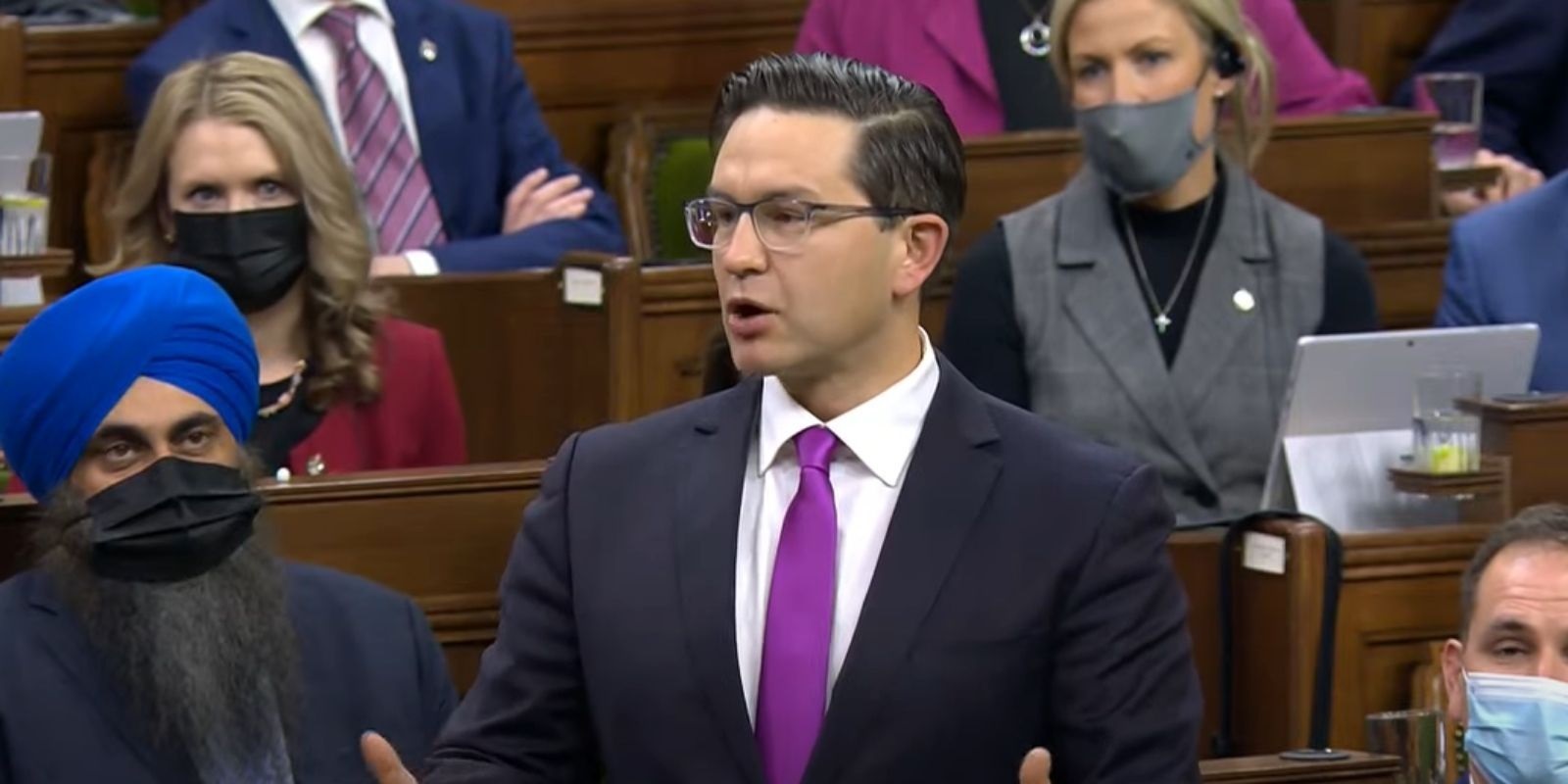 Conservative leadership frontrunner Pierre Poilievre responded on Thursday to an attack article by Global News, where he called out their bias and called the outlet a "Liberal mouthpiece."

The article in question was written on Thursday and was titled "How close is too close to the far-right? Why some experts are worried about Canada’s MPs." Its author, Rachel Gilmore, has recently been known for her unbalanced coverage of all things related to the Freedom Convoy and of anything she says is "anti-vaccine."

The article criticizes Poilievre's decision to meet with Canadian Army veteran James Topp, who lead a crowd to Ottawa in a protest against vaccine mandates.

"Politicians around the world have increasingly toyed with far-right movements and principles in recent years, from spreading unfounded conspiracies about the World Economic Forum to amplifying populist ideas from the fringes of society for political gain," Gilmore writes in the Global article, then citing "experts" in the field, including a director of the discredited and Trudeau-backed Canadian Anti-Hate Network—the same network which wrote a pamphlet for children claiming that Canada's first flag, often called the "red ensign," is a symbol of hate.

The organization's chair, Bernie Farber, is a known spreader of misinformation who claimed that members of the Freedom Convoy were spreading anti-Semitic pamphlets out around Ottawa.

In response, Poilievre said that Canadians' trust in news media has reached "an all-time low.

"And when we look at your coverage of these issues, it's easy to understand why. Instead of just covering the news, unprofessional journalists like you try to set disingenuous traps to attack your opponents," a statement from Poilievre's team reads.

"At every available opportunity, Pierre Poilievre has supported and will continue to support Canadians' right to restore their freedoms and take back control of their lives. He has done this all while repeatedly calling for individuals who engage in illegal behaviour or express heinous views to be held accountable for their actions.

"Mr. Poilievre has stated unequivocally that 'any and all racism is evil and must be stopped'. Since you insist on demonizing Canadians who dare to speak up against the Trudeau government, we can only assume that Global News is content to be a Liberal mouthpiece. Mr. Poilievre supported James Topp's singular cause of ending vaccine mandates, so people can take back control of their lives. Your tactic seems to be to demand Mr. Poilievre answer for all the words and deeds of not just everyone he has ever met, but also everyone they have ever met.

"That does not make Mr. Poilievre responsible for Trudeau's many racist outbursts, including dressing up in racist costumes and mistreating visible minorities in his own party. Mr. Poilievre will continue to stand up for everyday Canadians and won't apologize for doing so."