She noted that the more she looks into these children’s hospitals across the US, "the more I’m realizing how common this is." 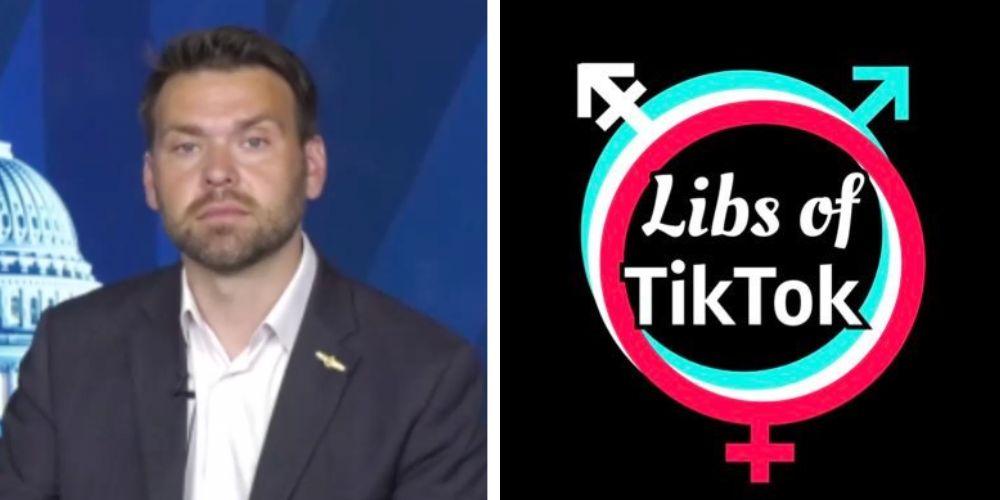 On Tuesday's Charlie Kirk show, guest host Jack Posobiec interviewed the woman behind the popular Twitter account Libs of TikTok, who discussed indoctrination of students at schools, medicalized gender transitions of minors, and why her account receives so much backlash for merely posting people’s TikTok videos.

"Which group do you find most guilty when it comes to — in your research? Would you say it’s teachers? Is it educators? Is it medical? Which group would you say?" Posobiec asked.

"But now we're starting to expose you know, quite a few hospitals," she said. "I’m actually dropping a thread as soon as I'm done this interview, another Children's Hospital. And, and this is opening up a whole other door and the more I dig into it, the the more petrifying this is and horrifying."

"But I would say the teachers are — there's a lot of groomer teachers, a lot. And then — It's kind of like a pipeline, I guess. They're bringing — they're bringing them into the children's hospitals to start their gender journey and then they're getting mutilated, and castrated. And it's it's just, it's so it's so horrifying. But I'm going to do everything I can to expose every single last one of them," she continued.

"What are you uncovering that's going on in our country when it comes to what's essentially the mutilation of our children?" he asked.

Libs of TikTok responded that "the left gaslight us and say that minors are not receiving gender affirming surgery. And when I saw gender affirming I mean double mastectomy phalloplasty, and vaginoplasties."

"They never give you the exact context because they don't want you to know what they're referring to. They'll just say gender affirming because it sounds really nice and sweet and you're just helping a child but in actuality, they are chopping off healthy body parts of young kids," she said.

She noted that the more she looks into these children’s hospitals across the US, "the more I’m realizing how common this is."

Libs of TikTok noted the recent changes to WPATH guidelines that lower the recommended ages for certain surgical procedures, with procedures like breast removal or augmentation, facial surgeries, genital surgeries and hormone treatment being recommended to minors, those under the age of 18.

"So this is happening. It's happening probably in every single state. And it's so horrifying. And there's — I mean, we, this has to stop. Like there's no other way. And I'm going to post every single one that I find," said Libs of TikTok.

I'm going to post every single one. I'm going to call out every single hospital. And they're going to have to answer for why they are chopping off the genitals and the breasts of healthy kids, and suppressing kids puberty, and there's a lot of negative side effects, and they're giving kids cross sex hormones. And they've just been doing this for years and nobody has been doing anything about it," she concluded.

The two also talked about the backlash that Libs of TikTok has received from the left, merely for posting the videos that accounts have published for the world to see.

"Well, I think it's really hard for them to see what they themselves believe in and they thought for so long, and they still think that you know, they can just do whatever they want to do, groom kids, indoctrinate kids and no one would notice," said Libs of TikTok.

"And it's like — and they could also gaslight us and say, you know, it's not happening like they famously did with with CRT and with the grooming in schools. And then I comment, I’m like, here this is you guys saying that it is happening, and it just throws a wrench in their whole agenda and they can't stand to see it," she said.

Referencing backlash to videos that she posted of Boston Children’s Hospital and bans she’s received from Facebook, Libs of TikTok said, "I think they're running scared."