The post that violated Facebook's "Community Guidelines" included the Libs of TikTok account asking its audience if any new genders had been created during their brief time away from the platform. 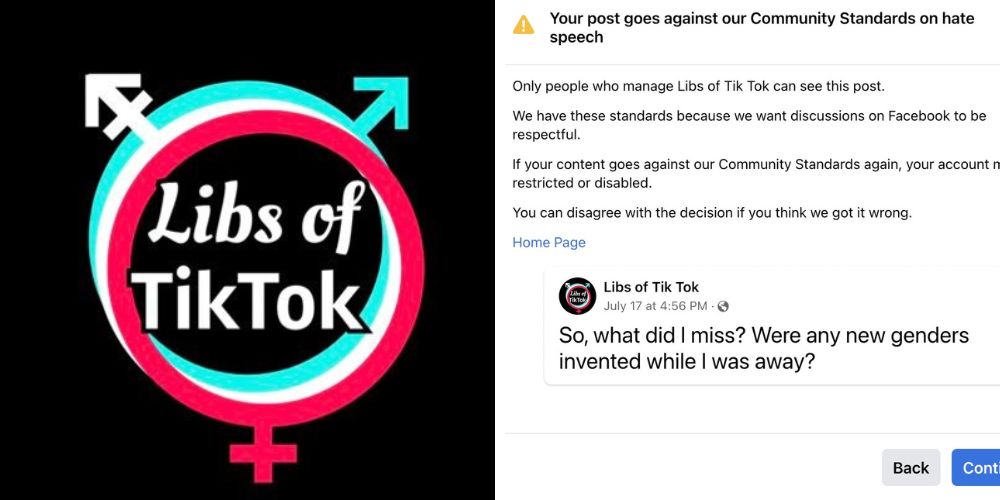 As Big Tech continues to crackdown on dissenters that question the science behind the gender debate, Facebook issued Libs of TikTok a "hate speech warning" after the account asked its audience if any new genders have been added to the spectrum.

The post that violated Facebook's "Community Guidelines" included the Libs of TikTok account asking its audience if any new genders had been created during their brief time away from the platform.

"So, what did I miss?" Libs of TikTok asked. "Were any new genders invented while I was away?"

According to Babylon Bee CEO Seth Dillon, Facebook told Libs of TikTok that their post violated its "community standards on hate speech" and said that the account can appeal to the social media platform's decision if they believe they "got it wrong."

This is yet another attack against the popular account that rose to prominence by reposting alarming videos and events from left-wing activists. Libs of TikTok has been suspended from Twitter on numerous occasions, and Twitter employees discussed permanently banning the account from its platform, leaked internal documents revealed.