Each and every one of these individuals is undeniably proud of the work they've done to expose the harms of the gender industry on America, her youth, and our future. 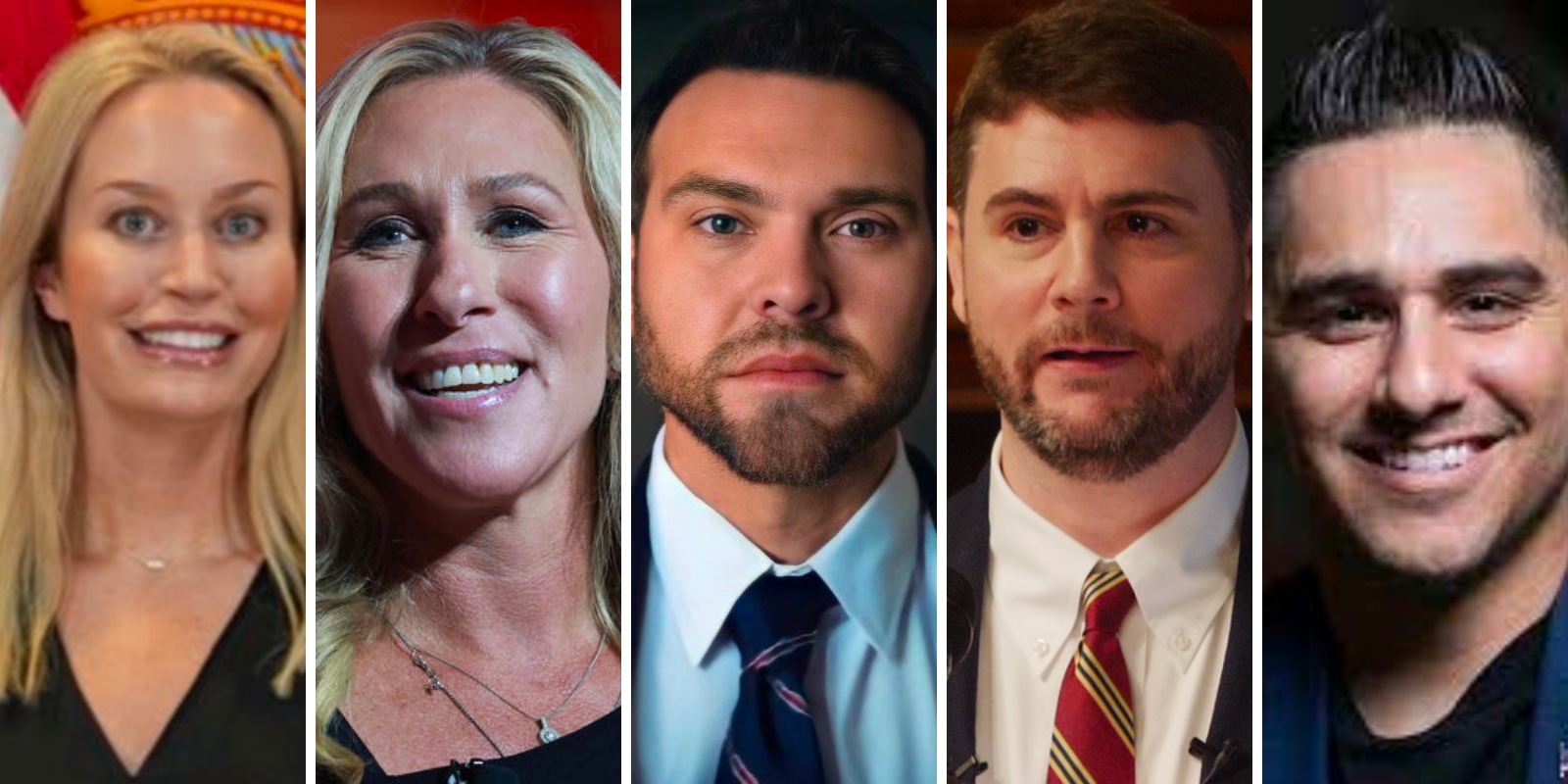 The UK's Center for Countering Digital Hate in association with the Human Rights Campaign has taken up the cry that the term "groomer," referring to adults that usher children into a lifestyle of sex or gender identity, is an anti-LGBTQ+ slur. In response they have made a "blacklist" of those Twitter accounts that routinely blast the practice as inhumane and anti-child and want Twitter to ban those users from the platform.

The Post Millennial reached out to those on the list for comment, and found that each and every one of these individuals is undeniably proud of the work they've done to expose the harms of the gender industry on America, her youth, and our future.

The Center claims that social media has contributed to "LGBTQ+ hate" and listed those accounts that are the most opposed to grooming by sexual and gender identity ideologues. These users proudly oppose procedures that would see American children and teens sterilized, deprived of sexual function, and turned into life-long medical patients under care of "gender affirming" doctors.

"I'm honored to be ranked the number one defender of children by this activist group," Georgia Congresswoman Marjorie Taylor Greene told The Post Millennial about being in the top spot on the anti-groomer list.

"The Godless Left has made it a priority to groom our kids sexually and steal their innocence. Schools, libraries, and even Saturday morning cartoons have been injected with a deviant sexual agenda designed to brainwash and corrupt. I will never stop speaking the truth and exposing the Democrat plan to the destroy America. And very soon, I’m introducing legislation to stop it. I will always defend kids!"

"I will never apologize to deranged and ugly lunatics who sexualize children," Human Events Daily's Jack Posobiec said. "The only thing I apologize for is not being top of the list."

"This is the hill to die on, defending the innocence of children is necessary at all times," Drew Hernandez, whose show Frontlines was blasted by the Center for Countering Digital Hate, said. "The Grooming of children is on full display and it’s clear who is trying to normalize it, defend it and hide it. As a Christian, a member of humanity and the media, I will never stop exposing this evil agenda."

"The left wing activists and their friends in the media and big tech believe calling out child predators and the sexualizing of America’s youth as 'hate'," said Charlie Kirk, founder of Turning Point USA which hosts Posobiec's Human Events Daily as well as Hernandez's show Frontlines. "They’re dead wrong. It’s an act of love. Love for this country, for the next generation, for our culture, and for innocence. They have declared war on the next generation and my message is clear, if you come for our children, you belong in jail, not the classroom."

James Lindsay, who was banned from Twitter for saying "ok groomer," said that "It's obvious that the warnings we have be issuing about the grooming problems—ideological cult and otherwise—have hit an uncomfortable mark, as has the Florida Anti-Grooming Law. The pressure should therefore increase, and more states must pass similar and stronger laws, including specifically against drag queen and sexual performances in front of children."

Libs of TikTok, run by Chaiya Raichik, has been instrumental in exposing the groomer culture running rampant in the US. "I'm honored to be included on this list with some of the most incredible people out there who are fighting daily against the grooming and abuse of children," Raichik told The Post Millennial. "The Left can’t handle their own views being shared so they label anything they don’t want to see as 'hate speech.' I’m just sharing their own ideas and opinions so it’s very telling that they are calling that 'hate speech'."

"I'm honored to be included on this year's list of top people fighting pedophilia on the internet," Tim Young said of his number 5 spot on the list. "I congratulate all my fellow nominees and hope that I can come out on top as #1 next year."

"This list is the perfect example of the social justice industrial complex at work," Young went on to say. "LGBT orgs only had one goal for years, which was to have equality in marriage—and when they achieved that—they didn't just want to start returning those sweet sweet fundraising dollars and go get other jobs, so they started creating issues for themselves to make money off of.  First it was the trans bathroom issue—now we've devolved into an issue they created by falsely equating Florida's parental rights bill with the LBGT community by calling it the 'don't say gay' bill.  The left is who created the connection between grooming and LGBT... not anyone else on this list—and I'd like to thank them for creating this list and giving me free marketing."

First of all, as I made clear in my tweets, grooming is a behavior — not an orientation or identity," said Christina Pushaw, who coined the phrase "anti-grooming bill."

Chad Prather, who came in at number 8 on the anti-groomer list, said "This looks like a leaderboard to me. When you wonder if you're making a positive difference in the world and see this, it’s encouraging. Imagine asserting that being against pedophilia and the grooming of minors—which pedophiles tend to do in order to coerce their victims—is hateful? The author of this piece is basically a criminal."

Colorado Congresswoman Lauren Boebert has been tweeting about the hit piece since it dropped, offering "My tweets about groomers are only third? Guess that means I have to tweet about these sick, demented groomers even more."

Twitter actually provided "a statement claiming that calling transgender or nonbinary people 'groomers' violates its policies against hate speech." In some perplexing reality, those who don't want the LGBTQ+ community painted as "groomers" keeps telling us that the term "groomer" is all about the LGBTQ+ community, which has been debunked by the very people on this blacklist.

A Twitter spokesperson said "We are committed to combating abuse motivated by hatred, prejudice, or intolerance, particularly abuse that seeks to silence the voices of those who have been historically marginalized. For this reason, we prohibit behavior that targets individuals or groups with abuse based on their perceived membership in a protected category," reports the Center for Combatting Digital Hate. "Use of this term is prohibited under our Hateful Conduct policy when it is used as a descriptor, in context of discussion of gender identity."

It is the Center, and Human Rights Campaign, that keeps insisting the use of this term directly relates to the LGBTQ+ community. Those who have been using the term to describe those who push gender identity indoctrination on kids are clear that anyone, of any sexual orientation or gender identity, can be termed a groomer if that's the activity in which they are engaged.

The Center for Countering Digital hate runs their story as something of an expose, saying that much of the backlash against the grooming of children into gender identity came after Florida's freedom loving Governor Ron DeSantis signed the Parental Rights in Education bill into law. This law, which prevents teachers from indoctrinating children into the cult of gender identity, bans sex education that is not age appropriate, prevents school districts from keeping secrets about children's mental condition and gender identity secret from parents, and creates provisions in law for parental recourse if this law is breached, was termed "don't say gay" by political opponents who are obsessed with creating "trans kids."

The Center for Digital Hate takes up that rhetoric too, and notes, correctly, that conservatives, led in part by DeSantis' press secretary Christina Pushaw, termed the Parental Rights bill the "anti-grooming" law in response to those lies from the Biden administration, Human Rights Campaign, and other groups that are in favor of childhood gender transition. Most Americans are in favor of the law.

Speaking to The Post Millennial in an exclusive interview in August, Greene said unequivocally that "The Republican Party needs to be the party that protects children, stops puberty blockers, hormone therapy, genital mutilation surgery of anyone under 18—before they're old enough to actually make a decision."

Allowing the medicalized gender transition of minors, she said "is child abuse, and it should be completely illegal. And anyone that performs those therapies or those surgeries, they should be in jail."