A man who is currently facing charges of assaulting a conservative activist at UC Berkeley last year was arrested on Sunday for reportedly stabbing a man on a bicycle. 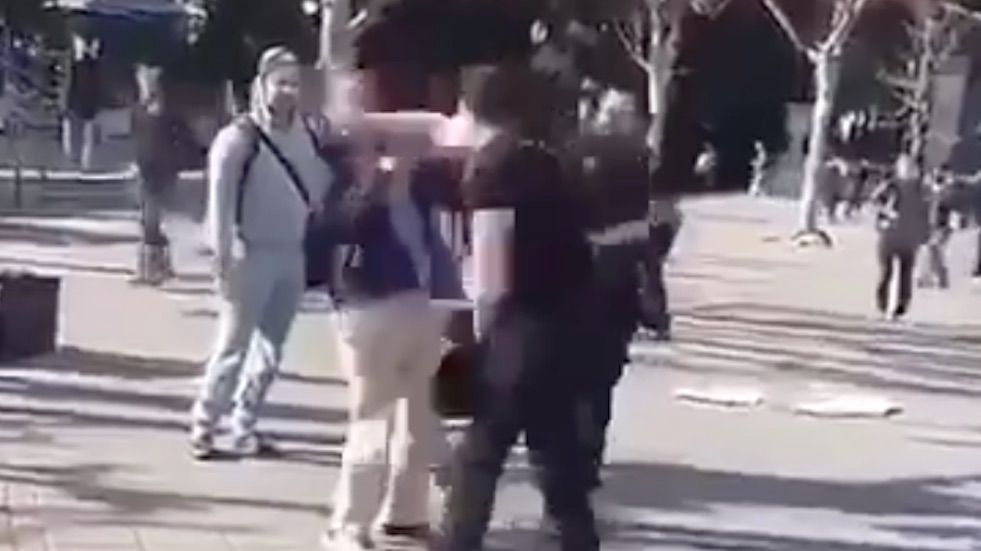 A man who is currently facing charges of assaulting a conservative activist at UC Berkeley last year was arrested on Sunday for reportedly stabbing a man on a bicycle, according to Fox News.

Zachary Greenberg, 30, was taken into custody on Sunday after police reported that he had stabbed someone on a bicycle a number of times with a pocket knife. Sgt. James Goulart of the San Mateo police department stated that “the victim reported that a male subject got into a physical altercation with him over an argument related to him riding his bicycle on the sidewalk.”

The victim of the stabbing was taken to the hospital and is reported to be in stable condition, according to the Daily Caller.

Greenberg allegedly attacked Hayden Williams, Leadership Institute field representative, in 2019 while he was working on a Turning Point USA event on the campus of UC Berkeley.

Charlie Kirk tweeted in 2019: "LEFTIST VIOLENCE ON CAMPUS While recruiting for our @TPUSA group at UC Berkeley a leftist thug comes & assaults our activists punching him in the face & hitting him repeatedly Imagine if the attacker was wearing MAGA hat, would be national news! This is the violent left!"

Greenberg was arrested in 2019 for the assault before being released on bail. His trial is set for September. He was also released on a $35,000 bail from the stabbing incident that took place over the weekend.