"When will our federal agencies start taking left-wing TERRORISM seriously? Looking at you Merrick Garland." 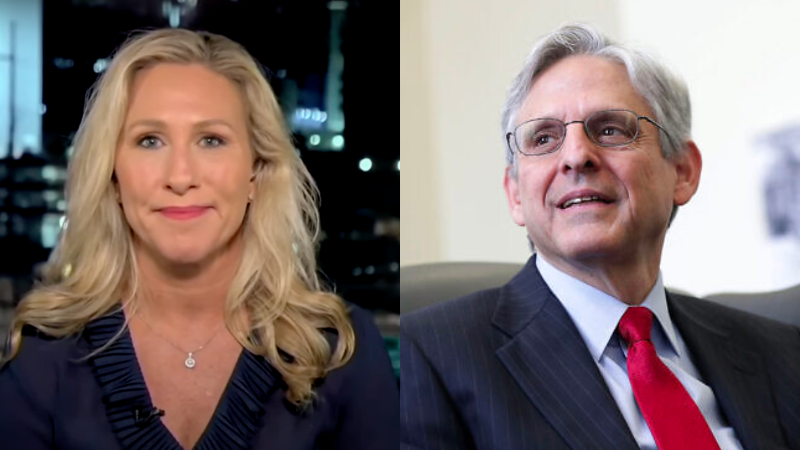 Olivia Rondeau
Jan 22, 2023 minute read
ADVERTISEMENT
ADVERTISEMENT
On Sunday, Georgia Republican Marjorie Taylor Green slammed Antifa rioters in Atlanta who took to the streets to throw rocks at and light fires outside of the Atlanta Police Foundation, and set a police vehicle ablaze.

In response to a militant gunman being fatally shot by police after he shot and wounded an officer in the Antifa-led "autonomous zone," other far-left agitators escalated the unrest in calling for a "night of rage." Footage from the violence shows police cars being set on fire, smashing the Atlanta Police Foundation building, and attacking local businesses.

"Antifa, BLM, and every other violent left wing organization must be declared domestic TERRORISTS immediately," Greene wrote in a follow-up tweet. "These criminals must be treated like the DOJ is treating J6ers, but their attacks have been worse. These TERRORISTS are & always have been the true threat to democracy."

She continued on, quote-tweeting the shocking footage of violence.

"Antifa were doing this when Trump was elected in 2016 and they're still doing it now," the congresswoman said. "As soon as Democrats are out of power, Antifa, BLM and all the rest will be back terrorizing the entire nation."

"This is just a preview," she added.

"In 2021, I called for BLM and Antifa to be declared domestic terrorist organizations. Tonight, with the violence and rioting in Atlanta, I’m renewing that call," she wrote.

"We must treat these thugs just like we treat any other group using political violence to intimidate their enemies."

Footage from the riot shows individuals wearing the traditional Antifa black garb and masks being arrested by police while screaming obscenities.

"F*ck you!", "You f*cking pig!," could be heard while law enforcement took back control of the situation.

According to Atlanta Mayor Andre Dickens, some of the protesters had explosives on them.