"The only acts of violence against people that I saw were actually police tackling protesters," the CNN panelist said. 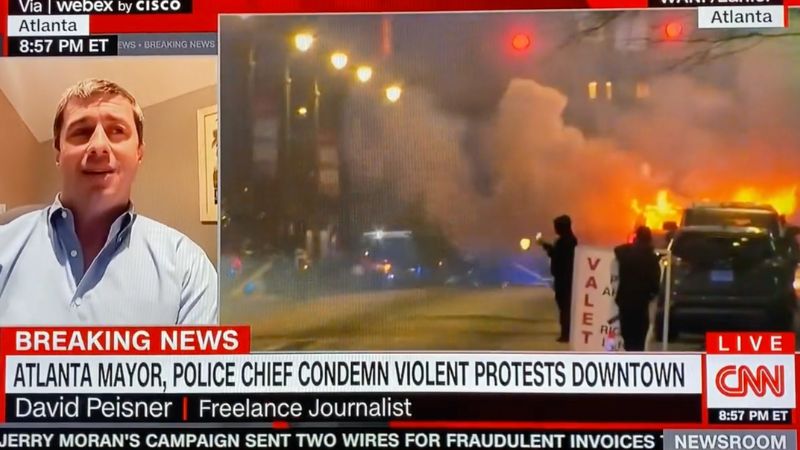 Olivia Rondeau
Jan 22, 2023 minute read
ADVERTISEMENT
ADVERTISEMENT
On Saturday night, Antifa members took to the streets of Atlanta to throw rocks at and light fires outside of the Atlanta Police Foundation and set a police vehicle ablaze as figures in the media played down the violence.


The Antifa violence came after the now-suspended Atlanta Forest Twitter account called for a "night of rage" following the fatal shooting of one of their members, 26-year-old Manuel Esteban Paez Teran.

"Well, I think that there's a real blurring of the lines in the use of the word 'violence.' Is property destruction violence? To some people, it certainly is," Peisner added.

"But, you know, this idea that breaking windows or other acts of property destruction are the same as actual violence against humans, it's kind of a dangerous and slippery concept," he continued. 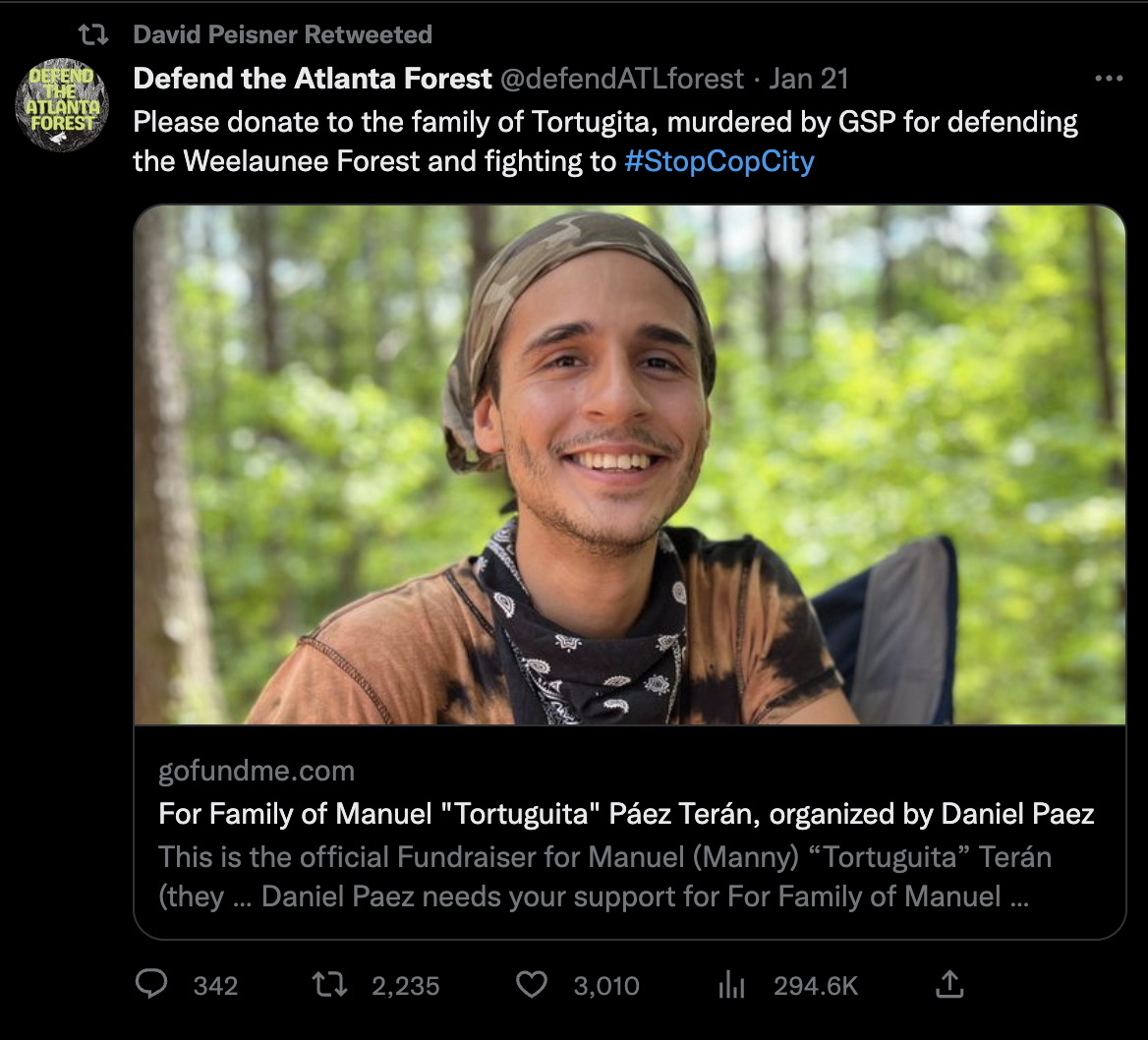 ALX tweeted, "Don't worry. The media is calling it 'Mostly Peaceful' again!," along with a clip of a FOX5 reporter using the phrase to describe the Antifa violence. "So it was a largely peaceful protest where they just wanted what they're calling justice," the local news reporter said.

The riots are happening in response to the death of 26-year-old Manuel Esteban Paez Teran, who was killed by police after he allegedly shot an officer who was part of an operation clearing out the Antifa-occupied autonomous zone dubbed 'Cop City,' where the Atlanta Police Department Training Facility is set to be built. The officer was taken to an intensive care unit and treated.

Footage from the riots shows the Atlanta Police Foundation being smashed, local businesses being vandalized, and police cars being set on fire.

"Doesn't CNN still have its headquarters in Atlanta? Maybe the terrorists are holding them hostage? Someone should check on them…"