The Georgia congresswoman was swatted on Tuesday and Wednesday night. 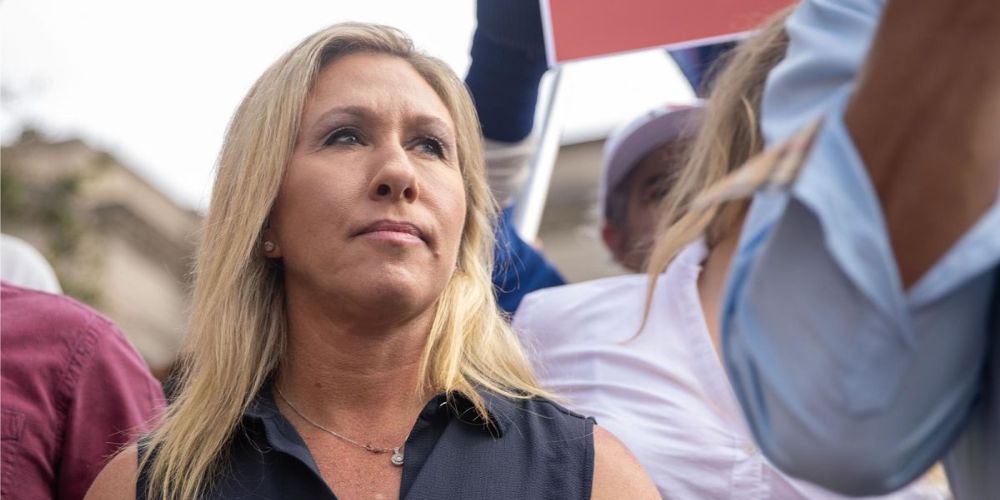 Georgia Congresswoman Marjorie Taylor Greene (MTG) was swatted for a third time in less than a week on Friday night.

She announced the incident on Twitter and linked to a scheduled interview with RSBN where she promised to show home security footage and 911 calls from the events.

Swatting is a criminal harassment tactic where the culprit deceives emergency services into sending an armed response team to another person's address. MTG was swatted on both Tuesday and Wednesday night.

In the first encounter, officers were dispatched to Green's residence "in reference to a male who had been shot five times in a bathtub. The call came in from a VA crisis line. As the details continued to be relayed, it was reported that the female was still in the residence and possibly had some children inside with her."

Police arrived and the situation was quickly diffused.

Hours later, Rome (city)/ Floyd (county) authorities received a call from a computer generated voice which said they were upset with Greene's proposal to criminalize transgender surgeries and hormone therapies for children.

On Thursday's episode of the War Room, host Steve Bannon spoke with Greene hours after she was swatted for a second time.

The Congresswoman said she is certain the effort to have her killed springs from the same "sick ideology" that seeks to mutilate children.

She's been targeted because "I'm trying to protect children from the Left's perverted and evil ideology that is trying to maim and mutilate children," she said.