POLICE REPORT: MTG swatted by trans activist who claimed someone at her home was 'shot five times in the chest, in a bathtub'

"It was a scary situation last night, something I never expected and should not have happened. This was basically political terrorism," said Greene to Posobiec. 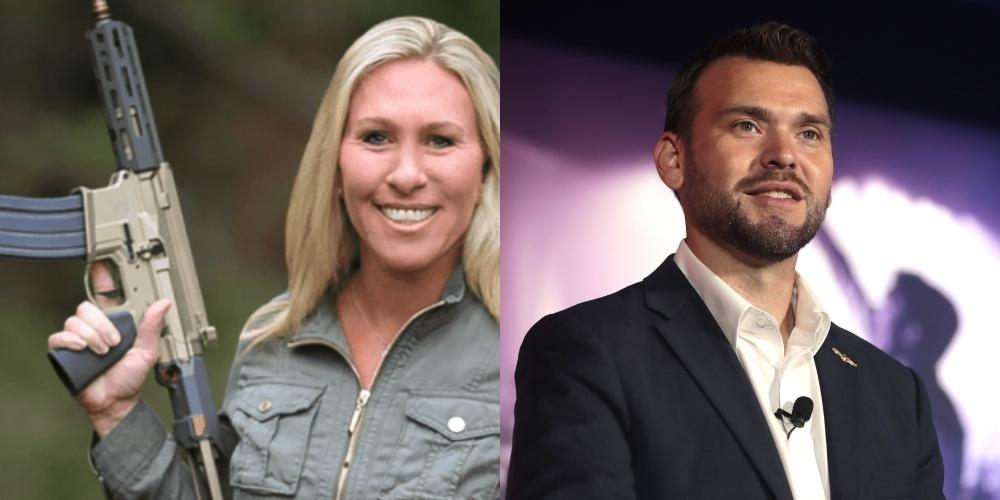 Georgia US Rep. Marjorie Taylor Greene was the victim of a swatting attack early Wednesday morning, orchestrated by a 911 caller who was upset over the Republican congresswoman's proposal to criminalize transgender surgeries and hormone therapies for children.

Swatting is a criminal harassment tactic of deceiving emergency services into sending a typically armed response team to another person's address. In this case, officers responded to a report around 1 am of a person being shot several times and showed up at Greene's home in Rome, Georgia, said police.

On The Charlie Kirk Show with Jack Posobiec, the Georgia congresswoman detailed the startling encounter with police.

"It was a scary situation last night, something I never expected and should not have happened. This was basically political terrorism," said Greene to Posobiec.

A police report detailed the incident further. It stated that officers were dispatched "in reference to a male who had been shot 5 times in a bathtub. The call came in from a VA crisis line. As the details continued to be relayed, it was reported that the female was still in the residence and possibly had some children inside with her."

"After several minutes we were met at the door by the victim. We informed her of the reason for us being there, and she assured us there was no issue. She stated that she would forward the issue to the appropriate security services and requested a 'keep check' on her residence."

"After we cleared the call," the report continued, "and went back in service, Rome-Floyd 911 received a call from the suspect, claiming responsibility for the incident and explaining his/her motives. It was a computer generated voice. They explained that they were upset about Ms. Greene's stance on 'trans-gender youth's rights', and stated that they were trying to 'SWAT' her. The suspect claims that he is connected to the website 'kiwifarm.net' which is a site that supports cyberstalking. The suspect stated that their user name is 'AltisticRight'."

"But I just want to say this, there is no way I'm backing down. I introduced very important legislation called the Protect Children's Innocence Act… It makes it a felony to perform any type of so-called 'gender affirming care,' which is really genital mutilation surgeries, hormone therapies, [and] puberty blockers, and this is absolute child abuse," Greene said.

A media report from police detailed the incident, reading that: "On August 24, 2022, at about 0103 hours Rome Police officers responded to a 911 call reference to a subject being shot multiple times at an address within the city limits. When officers responded they discovered that this was the home of Marjorie Taylor Greene. She assured the officers there was no issue and the call was determined to be a false call commonly known as 'swatting'."

"Rome/Floyd 911 received a second call from the suspect who was using a computer generated voice, stating that he/she was upset about Mrs. Greene’s political view on transgender youth rights. The Rome Police's Department Criminal Investigation Division is working in conjunction with the Capital police on this investigation."

"It's really interesting that this just happened not only a week after I introduced this critical legislation," Greene told Posobiec.

According to Greene, she was "sound asleep" when she awoke to knocking, doorbell ringing, and lights outside her window.

"I jumped out of bed, threw my clothes on, and I picked up my gun," recounted the congresswoman. "And normally, I answer the door with a gun, especially if it's someone that I don't expect coming to my home. But for some reason, I had this weird gut instinct to not take my gun with me to the front door, which was very out of norm for me."

After putting her gun back down, Greene answered the door to armed officers.

"They had their guns. They were ready because they had received a terrible phone call to the 911 center," she recalled. "I opened the door and the officer standing there said, 'Ma'am, are you okay? Is everything okay here?' But it was the body posture of the police. That was really concerning me…I was afraid like there was something terribly wrong."

Green continued on to tell Posobiec what the police told her once they realized that there was no emergency, and that she had been swatted.

"[They] told me that someone had called in to the 911 call center here in Rome, Georgia, and had reported that someone had shot either her husband or her boyfriend, five times in the chest, in a bathtub," she said. "But then they called back a second time and said there's children in the home. So with those phone calls, they were setting up a very serious, dangerous scenario in a home."

"I don't know. I mean, that's the danger," Greene replied. "And that's how people accidentally get killed."

"This isn't a harmless prank. This is real life. This is life and death," Posobiec said in conclusion, condemning the harmful false 911 calls.

"When officers responded they discovered this was the home of Marjorie Taylor Greene," Debbie Burnett, assistant Rome police chief, said. "She assured the officers there was no issue and the call was determined to be a false call commonly known as 'swatting.'"