"Let me start by saying -- there's way too many of us in this little room," Seth Rogan said, mocking the enclosed tent when organizers insisted the gala was to be held outside. "What are we doing?! They said this was outdoors. It's not. They lied to us." 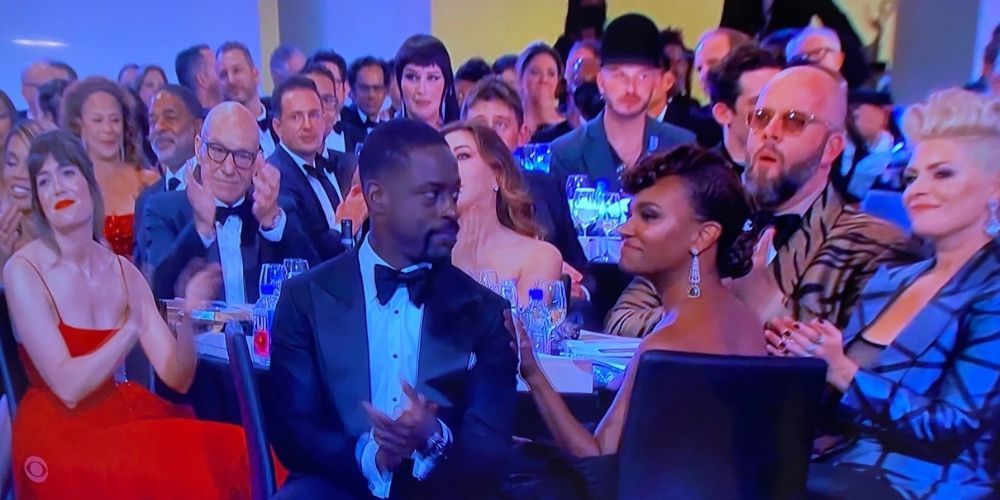 The Hollywood elite gathered on Sunday for the 73rd annual Emmy awards in Los Angeles and were caught partying maskless in a sealed tent with minimal ventilation as their masked servants looked on.

While many Democrat-run cities have imposed strict coronavirus mandates that have been wildly supported by celebrities, like indoor mask requirements and vaccination passports, the elite were seen turning a blind-eye to the very measures they shame others for not complying with.

For the second year in a row, the annual awards show was held outside on the enclosed Event Deck at LA Live next to Microsoft Theater, with a limited amount of invites to allegedly help prevent the spread of coronavirus. The event’s first presenter, comedian Seth Rogan, slammed the Emmy's organizers for hosting the event in a crowded tent which allegedly increases the likelihood of spreading the virus.

"Let me start by saying -- there's way too many of us in this little room," Seth Rogan said, mocking the enclosed tent when organizers insisted the gala was to be held outside. "What are we doing?! They said this was outdoors. It's not. They lied to us."

"We're in a hermetically sealed tent right now," Rogan continued. "I would not have come to this. Why is there a roof? It's more important that we have three chandeliers than that we make sure we don't kill Eugene Levy tonight. That is what has been decided."

Although there were safety precautions in place such as proof of vaccination and/or a negative COVID-19 test result, attendees of the exclusive gala were seen maskless and not social distancing.

"This is insane," Seth added. "I went from wiping my groceries to having Paul Bettany sneeze in my face. So that's a big week."

The maskless elite caused an uproar across social media on Sunday as individuals took to Twitter to discuss the hypocrisy. The event comes on the heels of last week's Met Gala. Vogue released a fawning video showing New York Rep. Alexandria Ocasio-Cortez prepping for the ball last Monday. It shows her walking into the room wearing her now-notorious "Tax the Rich" ball gown, while masked attendants and staff tell her how beautiful she looks.