"Where is the outrage about protecting Title IX or preserving fairness for female athletes?" 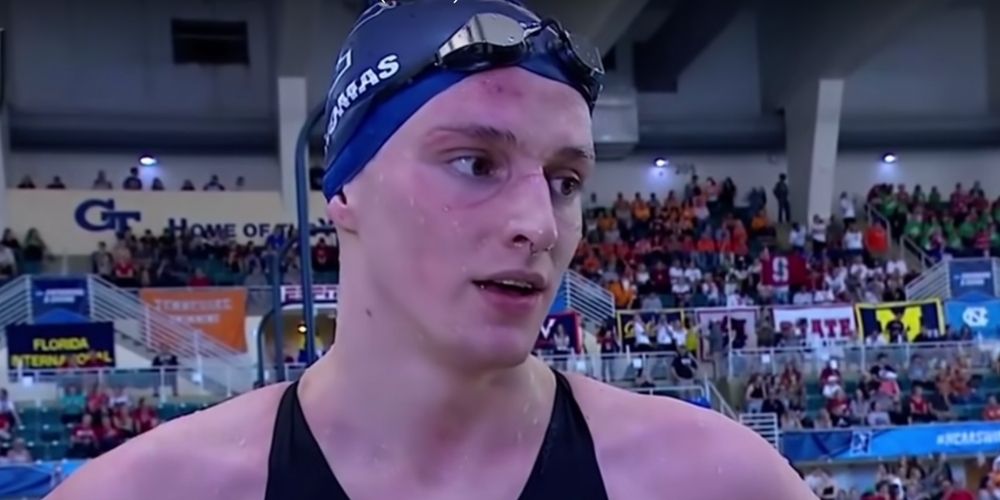 In an op-ed piece published on Wednesday, the mother of a University of Pennsylvania swimmer spoke out against the NCAA and Ivy League schools for allowing biological male swimmer Lia Thomas to compete against female athletes.

"It is heartwarming to witness the positive changes in our society, in which everyone can gain acceptance. Biological males who want to be viewed as women can be," the RealClearPolitics op ed, began.

The mother, who called herself Chrissy, chose to go by an alias to protect her daughter from backlash. Other swimmers have feared speaking out for the same reason, with another anonymous mother echoing similar statements earlier this month.

"The problem that is undisputed by experts: Once a person has gone through male puberty and has trained as a competitive male swimmer, there will still be a competitive advantage over biological women, even with testosterone suppression," she wrote.

Chrissy noted that Thomas stands at nearly 6 foot 4 inches tall, which is vastly larger than most female swimmers.

"Moreover, she has the strength, speed, and lung capacity of a man. Those who would dispute these advantages are ill-informed," she added.

Chrissy wrote that biological males moving into female sports is "only the latest example of men stomping on women’s dreams."

"Females have succeeded in smashing glass ceilings in every aspect of life, only to have a brand new one imposed on them," she said.

She noted that there has been outrage about the lack of female top executives and females in political positions, but "where is the outrage about protecting Title IX or preserving fairness for female athletes?"

"Getting to the podium will eventually become impossible if biological women have to compete with transgender women," she said.

In the piece, Chrissy noted that since moving into the female division, Thomas’ ranking has skyrocketed.

Thomas is reportedly ranked number one in both the 200 and 500 freestyle races, and is ranked 12th in the 100 free.

"In the men’s competition she had ranking only in long distance events," Chrissy wrote, adding that "If she had no competitive advantage, she would be the 554th best woman in the 200 (this was her ranking as a man), not #1."

"Collegiate and elite female swimmers already train to the point of total exhaustion. They should not be asked to do more in order to compete. Caitlyn Jenner, a gold medal-winning decathlete, is exactly right with her support of a biological woman’s right to compete on a level playing field," she wrote.

Chrissy continued on to slam a Sports Illustrated piece celebrating Thomas, in which contributing writer Robert Sanchez suggests that a reason Lia would like to become a lawyer is so that she "can advocate for others who are marginalized."

"Lia has been anything but marginalized. She has gained more fame and support than any swimmer in the history of U-Penn swimming," Chrissy wrote.

She said that Thomas has been raised to a "privilege status on the Penn women’s swim team," while those that raise issues with Thomas’ biological advantages would be framed as being "transphobic."

"The rest of the Penn swim team members are the ones who have been marginalized. They live in fear of saying something that could possibly be considered offensive. The stress Lia’s teammates are forced to endure is awful. None of the school’s other swimmers have had Sports Illustrated exclusive interviews with all their accomplishments, hopes, and dreams so beautifully written about," she said.

Chrissy concluded by saying that the NCAA, the Ivy League, as well as society are "wrong to let biological men dominate sports designed for females."

She said that to allow biological males to compete in women’s sports would "erase the accomplishments of Title IX."

As a suggestion, she said that biological males who would rather race against women due to their personal gender identity can compete in mixed heats, which "is commonplace in swimming."

"If they choose to compete with biological women, then their times should not count for wins or records. To do otherwise is simply unfair," Chrissy said.