Kanter shows off his own Nikes, which are covered with red splashes of paint that look like blood, and the words "made with slave labor," "no more excuses," "modern day slavery," and "hypocrite Nike." 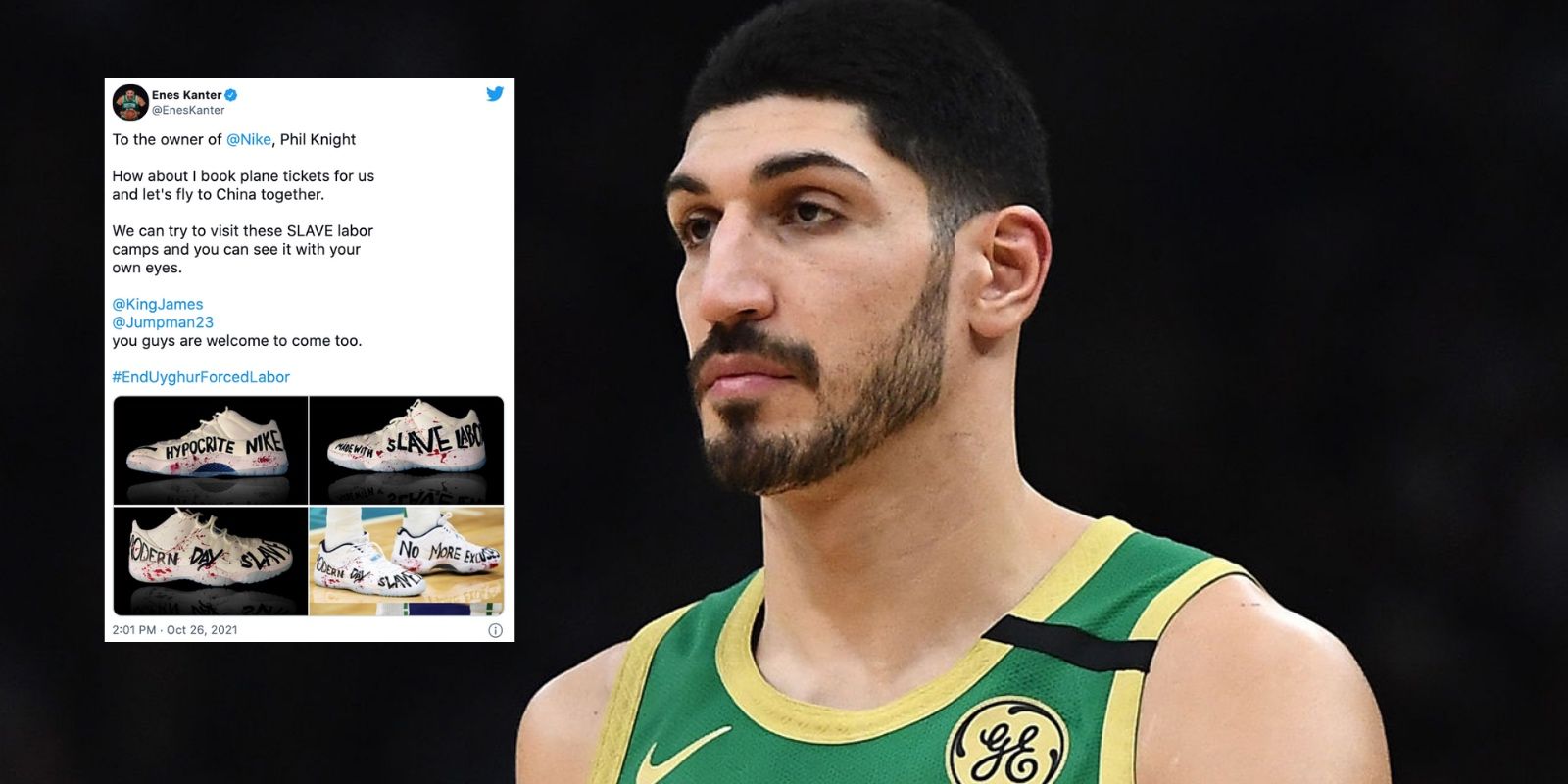 NBA superstar Enes Kanter of the Boston Celtics has issued an invitation to Nike owner Phil Knight to travel with him to China to see where and how his companies sneakers are made. Kanter also invited LeBron James and Michael Jordan, both of whom have signature sneakers with the footwear giant.

In his invitation, posted to Twitter, he shows off his own Nikes, which are covered with red splashes of paint that look like blood, and the words "made with slave labor," "no more excuses," "modern day slavery," and "hypocrite Nike."

Kanter also called out the leader of the Chinese Communist Party, President Xi Jinping, for the forced slave labor of the Uyghur Muslim minority over the weekend. He demanded that Jinping "close down the slave labor camps" and "stop the genocide now."

LeBron James, who has cemented himself as an outspoken advocate for leftist causes in the US, has not voiced opposition to the Chinese nation's enslavement of the Uyghur minority, or the horrifying labor conditions in the camps and factories where these people are forced to work.

Nike has defended the business' practices, saying that "Nike is a brand that is of China and for China." The company further said that they don't use factories located in the Xinjiang region, and have therefore not benefitted from China's slave labor practices.

"This is all happening right now to more than 1.8 million Uyghurs in the Xinjiang region in northern western China. Uyghurs are a Turkish - Muslim ethnic group, native to the Uyghur region. The Chinese government has been taking sweeping measures to crack down on the Uyghur people. Simply because they embrace their own religion, their own culture, language, history, and identity."

"The Uyghur region has become an open air prison and surveillance state where freedoms are non-existent for the Uyghur people," the NBA player said. The abuses that take place in these camps have been reported by mainstream media this year.

H&M and Burberry clothing retailers have also faced backlash from consumers about their alleged use of Uyghur labor, and their complicity with Chinese manufacturers and the communist government.