The original photo taken of Thomas in the pool features an outline left by swim goggles as well as additional facial imperfections and marks. 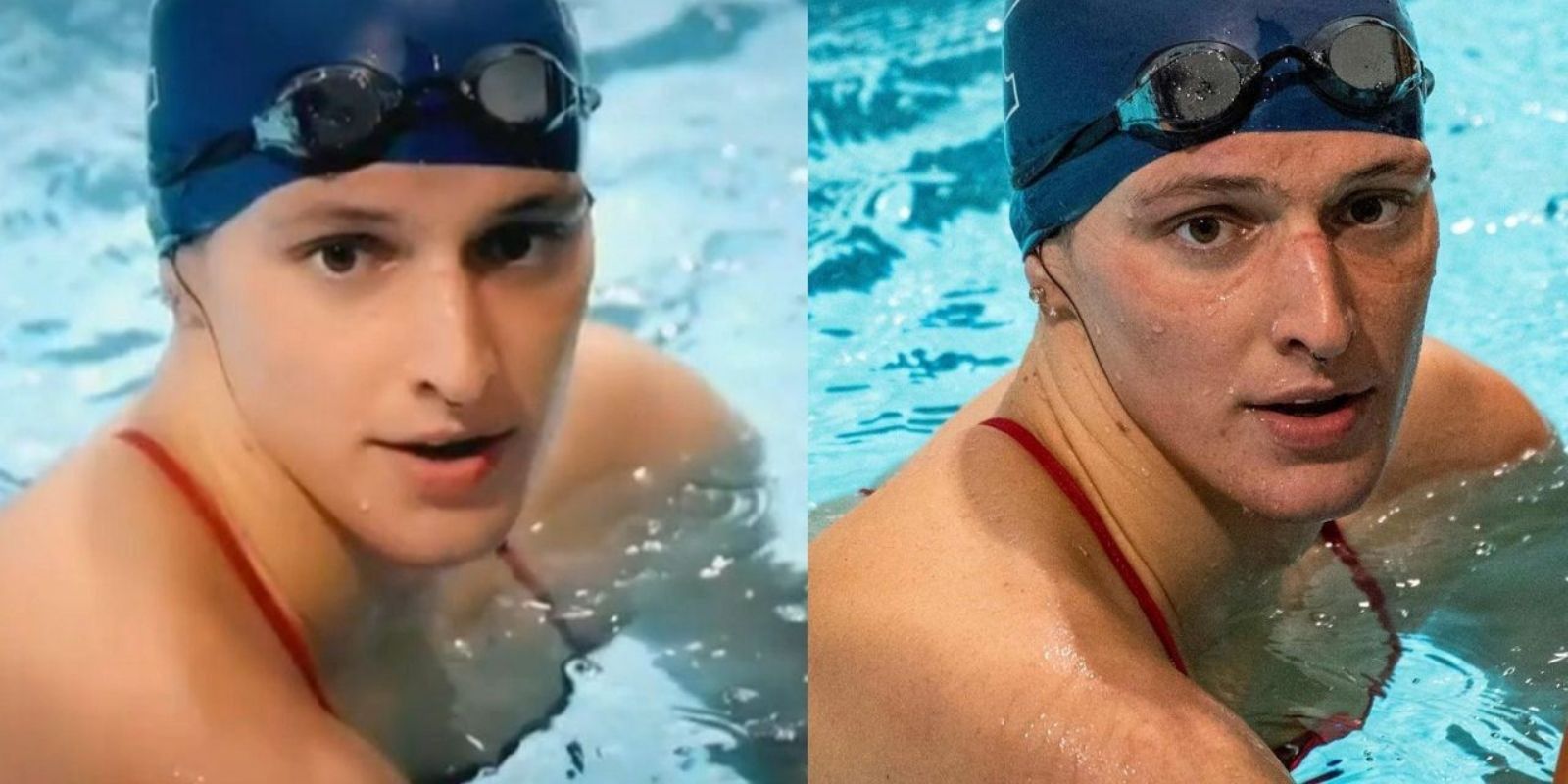 NBC has come under fire over the weekend for allegedly altering a photo taken of controversial University of Pennsylvania swimmer Lia Thomas, a biological male who identifies as a woman, at the conclusion of a race.

The photo appeared on a TODAY Show segment last week talking about Thomas ahead of the NCAA championships, which took place over the weekend.

The original photo taken of Thomas in the pool features an outline left by swim goggles, additional facial imperfections and marks, and a background in focus. These details and more were blurred in the altered photo used on the show.

Twitter users were quick to point out the differences between the photo used in the segment, and the real photo, which hadn't been blurred.

Some accused the NBC producers of airbrushing the image, while others on social media believed a filter was used to soften the athlete's features.

Thomas competing at the championship was met with protests led by women's rights activists, both outside and within the pool seating area itself.

Save Women's Sports held an outside demonstration, in which a number of speakers talked about the prospect of having biological men competing within women's sports, and how that would be a detriment to women's sports everywhere.

Inside the pool building, the crowd yelled "cheater" and cheered notably louder for the second place finisher in the 500 yard freestyle race, Emma Weyant.