To paraphrase Brandy: “Only left-wing establishment media should use FOIA requests! These concerned parents are doing it wrong!” 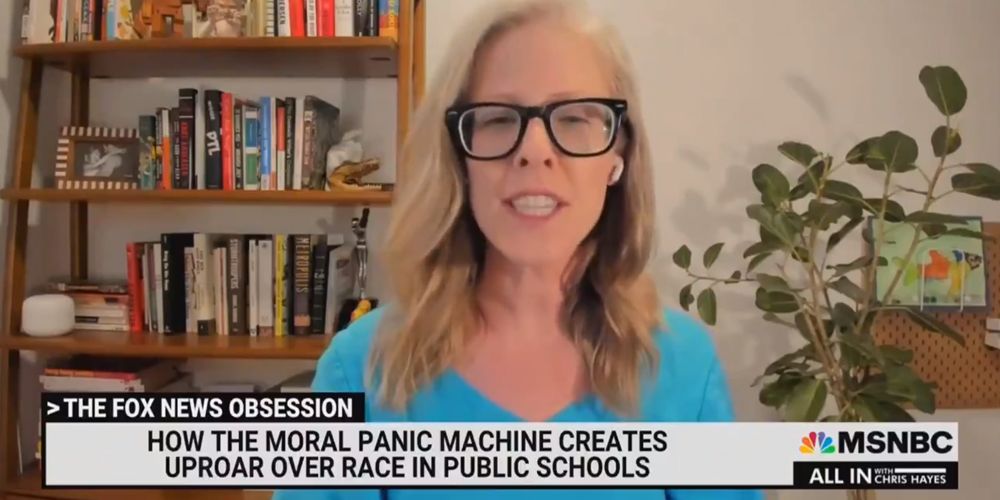 Fresh off the heels of publishing a piece on NBC News trying to downplay and excuse the push of critical race theory ideology onto children in schools, Brandy Zadrozny went onto MSNBC to gripe about her much-beloved FOIA requests are being used by parents trying to find out what’s going on with their local education systems.

Specifically it was the Chris Hayes show, but he just stares off into space while Zadrozny talks.

“Freedom of Information laws are wonderful things but it is in fact a tactic of um, national and just hyper- and uh fast growing local organizations to use onerous public records requests. So what we’ll see, what we saw in Maine is asking for all these records requests of, you know, how much money did you spend on anything involving race?”

The chyron below says “THE FOX NEWS OBSESSION: THE RIGHT’S FIXATION WITH RACE.”

“And then that is used to sort of, um, frame, again, the school board as being, um, as paying for, for, um uh uh uh CRT. Which again is just not the case. And so that’s what happened there.”

At some point the chyron switches to say "HOW THE MORAL PANIC MACHINE CREATES UPROAR OVER RACE IN PUBLIC NEWS."

“In Nevada we saw, um, again, this local group called, uh, Nevada Family Alliance. Who is really known for trying to get, um Drag Queen Story Hour stopped at the local libraries, and now, she, one activist there told me that this was the opportunity she had been waiting for. So she files these onerous FOIA requests, gets them and then translate them in a way that’s just not correct, or accurate, in a way to suggest that, again, the school board is coming for your children and teachers are specifically teaching kindergarteners … white kindergarteners that they’re somehow oppressors.”

Contrary to what Brand Zadrozny is saying, this sort of practice is happening across America. Kids as young as seven are taught that the police are racist in the Seattle school system. A Chicago Democrat demanded history classes be abolished, Boston public schools cancelled advanced level courses on racial inequality grounds, teachers in Massachusetts segregate the student body based on race, and a school system in North Carolina told teachers to ignore white parents because of their “privilege.”

To name a few of many examples.