"Not the Criminal Code definition of violence, but the violence they felt by having excessive horns blared, by having trucks run 24/7,” Bell said to the Commission. 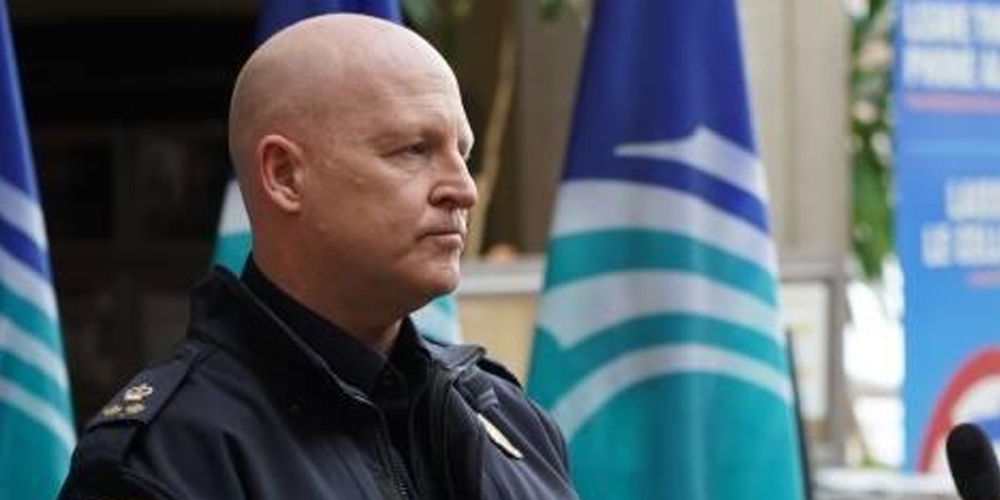 Bell told the lawyer representing protestors that when he was talking about "violence" at the protests, he was not being literal.

"Not the Criminal Code definition of violence, but the violence they felt by having excessive horns blared, by having trucks run 24/7," Bell said to the Commission.

"So, the violence they felt, not actual violence, is that what you’re saying?" Brendan Miller, counsel for the Freedom Convoy asked. "That is correct," Bell said.

The intelligence repor into the convoy says that protestors were "less of a 'professional protest' with the usual sad players, but rather, a truly organic grassroots event that is gaining momentum," and notes that attendants were "a powerful manifestation of deep discontent with how people feel they are being governed."

"The demographic of the Convoy is very unusual; the protests globally are made up almost entirely of middle-class members of society. Since the so-called 'silent majority is numerically much larger than the professional activists. As a result, law enforcement is being met with numbers of people beyond the norm."

The truckers' protest in downtown Ottawa resulted in a decrease in street crime, reports Blacklock's Reporter.

Then-Police Chief Peter Sloly admitted early on in the protest that "there have been no riots, injuries or deaths," and that police were only arresting few "bad actors."

Police figures show in the first weeks of the protests, from January 28 to February 15, saw 16 people charged, including five for assault.

"A total five violent offenses charged," said Miller. "You’d agree with me that is not unprecedented violence, is it?" Replied Chief Bell: “As I defined violence, it wasn’t strictly Criminal Code violence."

"Physical assaults do contribute to what I’m describing. I was specifically describing the violence that our community felt as a result of the culmination of actions the occupiers engaged in," Bell said.

Superintendent Patrick Morris said of the event, "I mean, even in the arrest and charges considering the whole thing in totality... I want to be clear on this," said Morris. "We produced no intelligence to indicate these individuals would be armed. There has been a lot of hyperbole around that."

Miller claimed that it was police who were acting abusively, claiming that "some who were arrested upon their release were essentially kidnapped by Ottawa Police Service officers, driven out of town in the middle of February winter by Ottawa Police Service officers and left in various rural areas and parking lots outside of town with no shelter or resources," said Miller.