The allegations were served to Neilson last month, alleging that she knew that the convoy was an "illegal occupation" but donated to the protest—which was by and large peaceful—anyway. 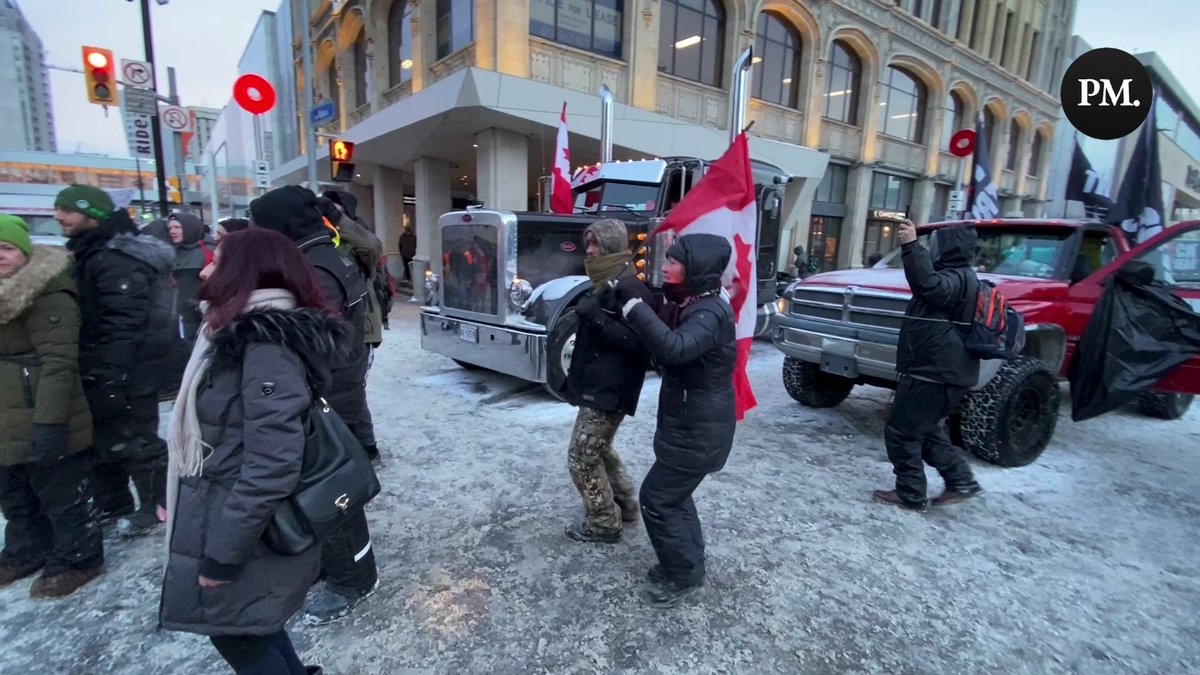 Roberto Wakerell-Cruz Montreal QC
Sep 19, 2022 minute read
ADVERTISEMENT
ADVERTISEMENT
Ottawa Police Constable Kristina Neilson is being charged with discreditable conduct by her own employer after she allegedly donated to the Freedom Convoy's GiveSendGo fundraiser during the protests. The GiveSendGo was launched shortly after crowdfunder GoFundMe pulled the funding rug out from underneath the convoy's organizers.

The allegations were served to Neilson last month, alleging that she knew that the convoy was an "illegal occupation" but donated to the protest—which was by and large peaceful—anyway.

Convoy organizers were forced to resort to GiveSendGo after GoFundMe took down the protests original fundraiser that had already amassed $10 million.

The decision by the crowdsourcing platform was slammed by protest supporters, including Tesla and Space X CEO Elon Musk, who called the move a "double standard" due to the company's willingness to endorse far-left causes, like the CHAZ/CHOP that shut down city blocks in Seattle during the summer of 2020.

The move was made due in part to allegations that the funds were being made by American conservatives to destabilize a foreign democracy. This would later be found to be false, as CEO President Juan Benitez admitted that nearly 90 percent of donations to the movement were from Canada. He said that roughly $1.2 million came from outside the US. 88 percent of the funds were donated by Canadians, with 86 percent of the donors being Canadian. Prime Minister Justin Trudeau had said beforehand that the "foreign money funding the protests [has] to stop."

Neilson allegedly donated to the Convoy protest on February 5, just a week after the convoy arrived in town. The OPS says that the donation amounted to "acting in a disorderly manner" and that she should have known that donating was providing funds to an "illegal occupation." The donation was made weeks before law enforcement cracked down on the protest, and a day before Ottawa Mayor Jim Watson declared a state of emergency in the city.

True North reports that the convoy organizers were also cooperating with an Ontario Provincial Police liaison on a daily basis at the time of the emergency.

The donation was also made before an Ontario judge placed a ban on Freedom Convoy funds and more than a week before the Trudeau Liberals invoked the Emergency Act, which had never been used in Canadian history, up until that point.

In March, the OPS said that it would be investigating officers who donated to the convoy.

“We need to deal with the people who supported it, because there’s no room for them,” said Interim Police Chief Steve Bell in a comment.

A list of convoy donors was illegally leaked via a hack, with CBC journalists also releasing lists of bad Canadians who contributed to the GiveSendGo. Six officers were identified.
ADVERTISEMENT
ADVERTISEMENT
convoy protests by Beth Baisch