Pelosi's Jan 6 committee created a blacklist of high profile Trump supporters, many of whom are reporters, and their communications with the Trump administration. 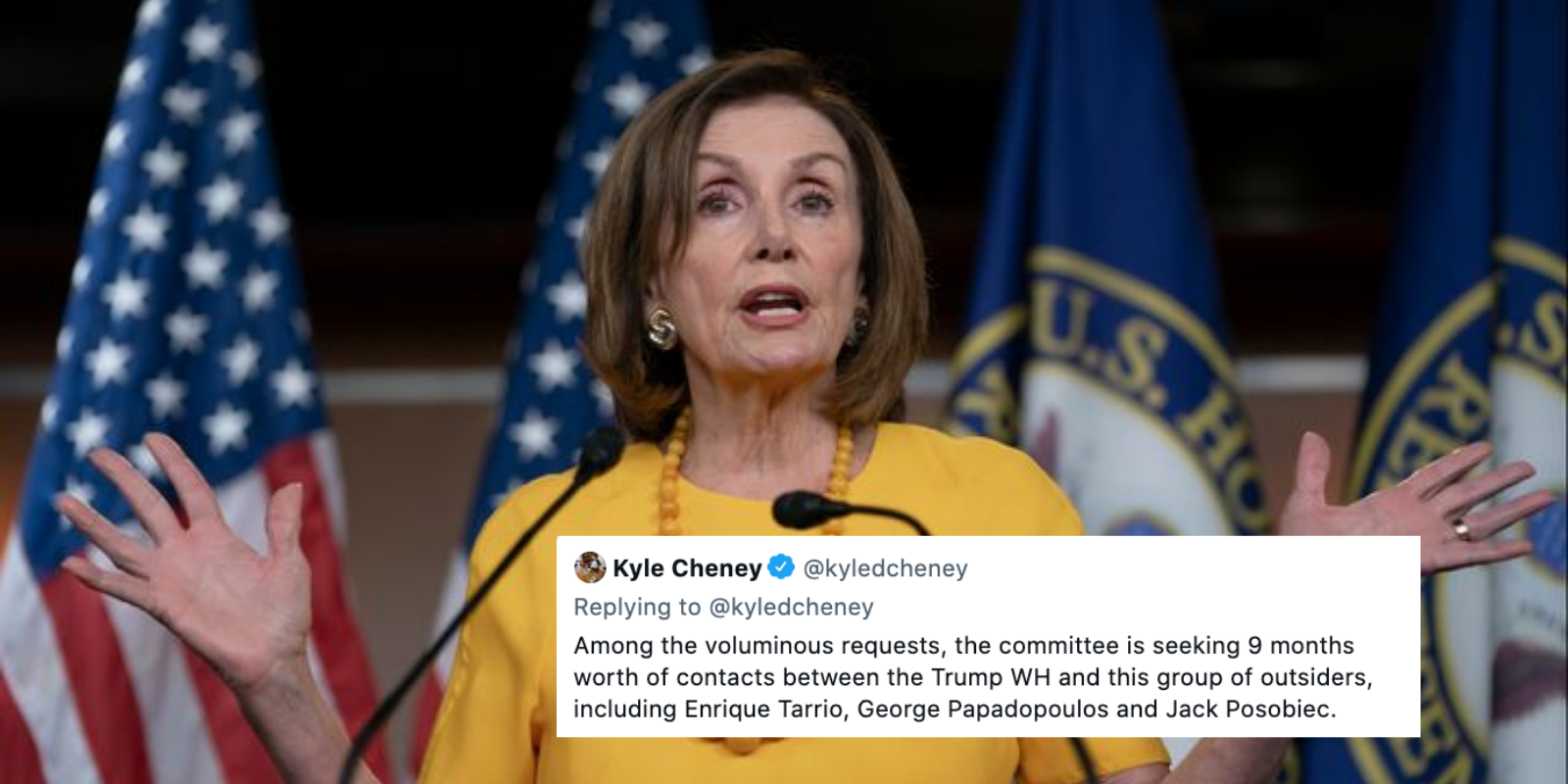 Nancy Pelosi tried to impeach Trump over the Capitol riot, but failed when the Senate wouldn't take up the charge. Now Pelosi's Jan 6 committee is creating a blacklist of high-profile Trump supporters, many of whom are reporters, and are requesting their communications with the Trump administration.

It was reported by Politico's Kyle Cheney that "Among the voluminous requests, the committee is seeking 9 months worth of contact between the Trump WH and this group of outsiders," he listed off a few names.

The list, however, is not short. In a letter to the National Archives and Records Administration, the officially titled Select Committee to Investigate the January 6th Attack on the United States Capitol "expedite" this request for "all documents and communications concerning the 2020 election and relating to the following individuals" from April 1, 2020, through January 20, 2021. The leader of the Proud Boys is on that list, Trump's children, and dozens of other names and document requests.

The FBI investigated the Capitol riot, and by their own admission found "scant evidence" of conspiracy. The charges filed against the 570 people arrested show that. Very few of these involve conspiracy, and those charges are among known groups. But House Speaker Nancy Pelosi, and the nine members on that committee appear to be committed to finding evidence of a crime.

It appears that Pelosi's committee is slinging their arrows randomly at public conservatives who are critical of Democrats. But the Democrats are searching for ideological crimes.

Pelosi's Jan. 6 committee is looking for evidence of a premeditated, conspiracy driven plot hatched by a cabal of super-spreading Trump supporters who both spent months secretly planning to overthrow the government and were spontaneously incited to attempt to do so on that day.

They haven't been able to find it so far, despite talking to lots of crying Capitol Police Officers, an FBI investigation, an impeachment hearing, or countless media deep dives. But Pelosi's Jan. 6 committee will not give up that easily. They are obsessed with finding evidence, even if it means they have to make lists of every prominent conservative in the country.