New footage shows parents outside Robb Elementary in Uvalde, Texas being held back by police while their children were still in the classroom. 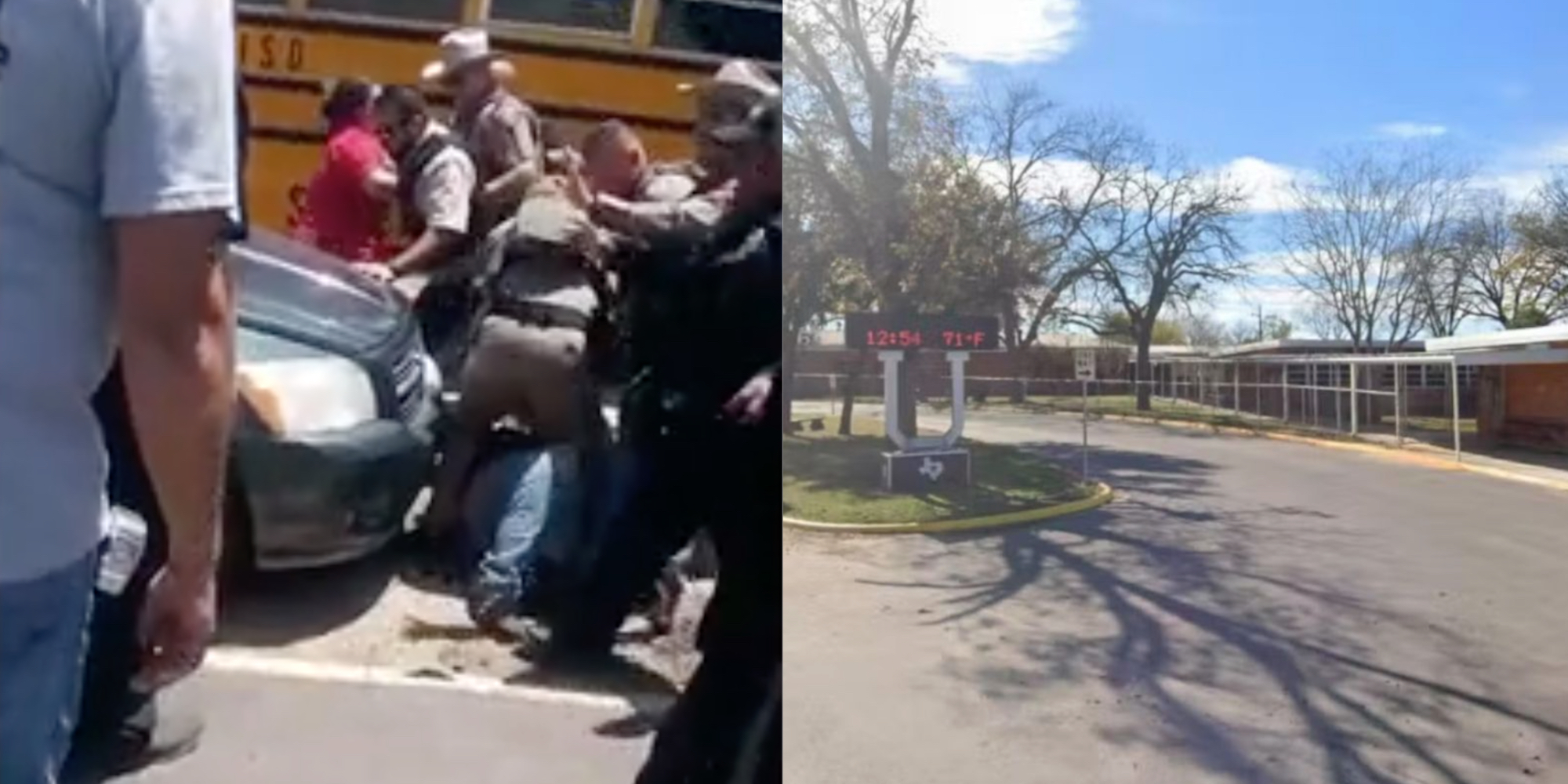 New footage shows parents outside Robb Elementary in Uvalde, TX being held back by police while their children were still in the classroom.

On Tuesday, an 18-year-old gunman entered Robb Elementary in Uvalde, TX and locked himself in a classroom, where he proceeded to kill twenty-one people.

New footage has emerged of parents outside the school being held back by police while their children were still in the building.

The chaotic scene outside the school was captured by Hugo Cervantes in a five-minute-long video, though it is not entirely clear at what point during the attack it takes place.

Parents can be heard screaming for answers while law enforcement holds them back from trying to move closer to the school. "That's my daughter!" a woman can be heard crying repeatedly.

At one point, officers restrain a man, bringing him to the ground. "What the f*ck are you doing to him?" an onlooker shouts.

"Stay back!" officers warn, holding out their arms to prevent parents from passing the police tape. "No one's allowed to cross that line."

The crowd is forced to continue watching in anguish, unable to act, and unsure if their children are alive inside the building just a few hundred feet away.

People can be seen comforting one another as the screaming continues.

Officers try to reassure parents, telling them that they've "got guys going in to get kids."

The gunman was barricaded in a classroom for forty minutes, where he murdered nineteen children and two teachers. Border Patrol agents eventually accessed the classroom after getting a staff member to open the door with a key.

The suspect was shot and killed on the scene.