DeCorsey called the book on gender transition a "phenomenal read," recommended it for K-3 students, and said it’s being added to the school’s media center. 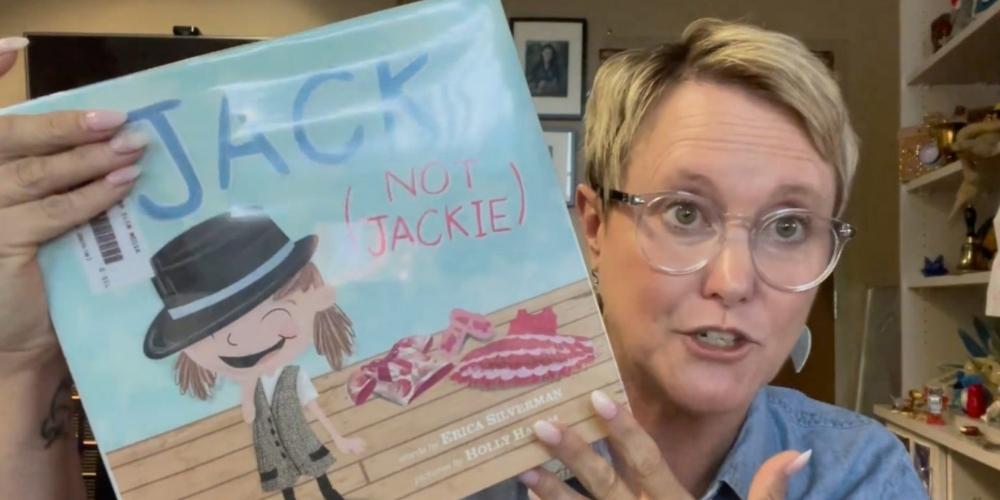 The principal of a public Minnesota elementary school recently promoted a fictional book about a young girl who wants to be a boy to students as young as five years old.

Principal Stacey DeCorsey of Excelsior Elementary School posted a video to the school's Facebook page, listing her book recommendations for students' summer reading. The books included Erica Silverman's Jack (Not Jackie), a picture book geared for grades kindergarten through second. The video was reposted by the Libs of TikTok Twitter account.


The book, published by GLAAD, a non-governmental media monitoring organization founded as a protest against negative coverage of LGBT+ people, features a female toddler's struggle to accept herself as she doesn't seem to like stereotypical "girl" activities.

"In this heartwarming picture book, a big sister realizes that her little sister, Jackie, doesn't like dresses or fairies — she likes ties and bugs! Will she and her family be able to accept that Jackie identifies more as 'Jack'?" the book's description reads.

"She wants to play with mud and be a super bug! Jackie also doesn’t like dresses or her long hair, and she would rather be called Jack," the description adds. The book concludes with the main character's older sibling acknowledging that her sister Jackie is now a brother named "Jack."

DeCorsey called the book on gender transition a "phenomenal read," recommended it for K-3 students, and said it’s being added to the school’s media center. The original post on Excelsior Elementary School's Facebook page has been deleted following backlash, and an apology video from DeCorsey was posted.

"I want to apologize if anyone felt uncomfortable with my book suggestions," she said. "One of the books I spoke about specifically, which has struck a nerve in our community, was intended to support our transgender students who are often overlooked and misunderstood in schools."

"Please know this is not a required reading for students," DeDorsey continued. "It was simply meant to be a suggestion for families who are looking for these types of resources."