"We are here to call on Justin Trudeau: break your shameful silence. Leaders from all parts of the world condemn this brutal act, and Justin Trudeau is silent. It’s not acceptable," an organizer said. 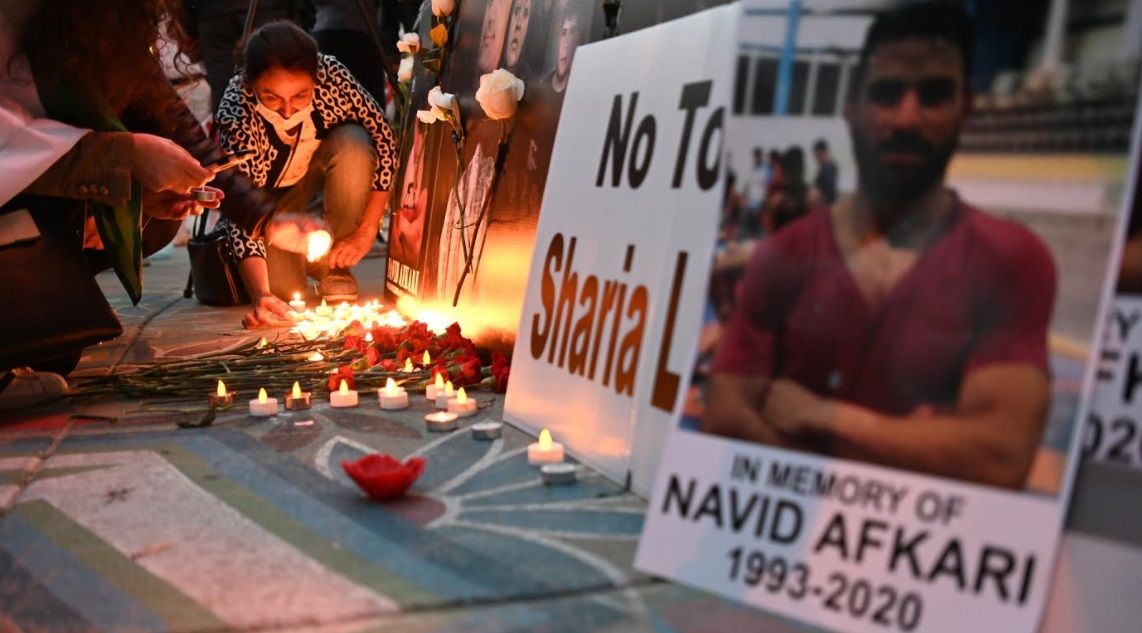 On Monday, around 800 protestors gathered at Mel Lastman Square in Toronto to express their grief and outrage over 27-year-old Iranian wrestling star Navid Afkari’s execution by the authoritarian Iranian regime on September 12 despite pressure from the international community to give him a retrial.

Afkari was arrested during anti-government protests in Iran in 2018, and was alleged to have killed security guard Hossein Torkman. He had said he was tortured into making a false confession, and Iran’s Supreme Court refused review his case in August.

He was not even permitted one final visit with his family as is required by law. His lawyer, Hassan Younesi, tweeted “According to the regulations for execution of retribution sentences, the convicted person has the right to visit his family before the execution of the sentence. Were you in such a hurry to execute the sentence that you deprived Navid of the last meeting?”

Speaking to The Post Millennial, organizer Salman Sima said “After the Islamic regime killed Navid Afkari, a hero, we are all heartbroken. We stand in solidarity not just with Navid Afkari. We have lots of Navid Afkaris who are brave political prisoners. We are here to stand with them, and we are here to call on Justin Trudeau: break your shameful silence. Leaders from all parts of the world condemn this brutal act, and Justin Trudeau is silent. It’s not acceptable."

Flying the pre-Islamic Regime “Lion & Sun” flags alongside Canadian and American flags, the protestors chanted “Down with the Islamic Republic of Iran!” and “Justin Trudeau SHAME SHAME SHAME!” The latter was partly in response to the prime minister’s bowing to Iranian Foreign Minister Javad Zarif following Iran’s shooting down a passenger plane earlier this year. They also criticized Trudeau’s ongoing refusal to implement Magnitsky sanctions and designate the Iranian Revolutionary Guard Corps as a terrorist entity.

He added that it is important to see the difference between the Iranian people, and the government. “There are groups and individuals working hard to lobby for the Iranian regime. They are systematically putting out propaganda, and it’s important for foreign governments to understand that. Don’t compare those people with the citizens of Iran who fled for theocracy issues.”

Siavosh Bahman, head of Human Rights in Iran and founder of the Mehr Center, said “We want the government of Canada to at least put a statement out. We need the Magnitsky Act to be employed against the Iranian government. We need the human rights abusers to be sanctioned immediately in Canada.”

US president Donald Trump had tweeted an appeal to spare Akfari’s life, an act which The Associated Press and others have implied sealed his fate.

Zarezadeh did not feel this was the case. “We had the experience in the past that when US officials reacted to human rights violations going on in Iran, we got positive results. The Iranian regime only understands the language of force and pressure. Not peace, not negotiations, not begging.”

Sima added: “Iran has the highest per-capita executions in the world. This regime executed before Trump, but hopefully they will not be able to execute any more. Executions are the root of this regime, from the first day to the last day. The last day is coming.”