During a White House Press Briefing Friday, Press Secretary Jen Psaki claimed that "a number of officers" died during the events on Capitol Hill January 6, 2021. 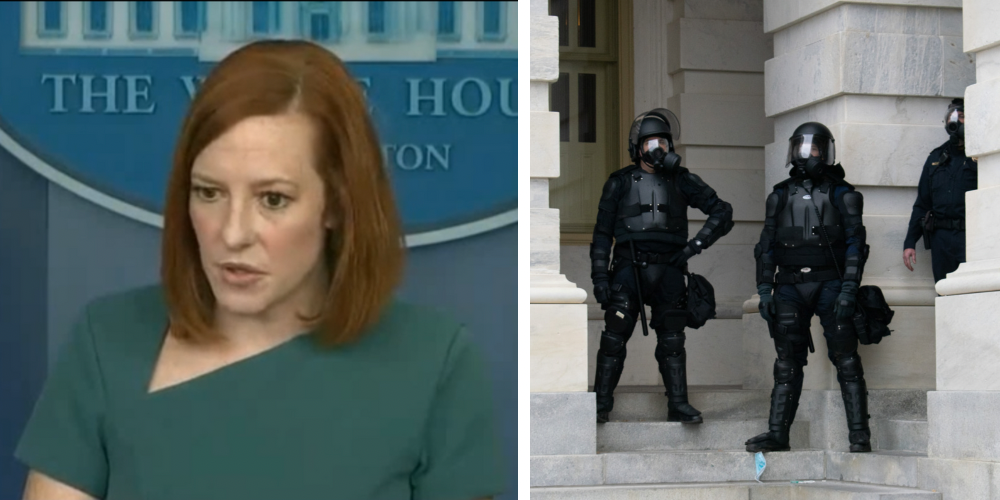 During a White House Press Briefing Friday, Press Secretary Jen Psaki claimed that "a number of officers" died during the events on Capitol Hill January 6, 2021.

One reporter asked Psaki for a comment about a letter penned to the president from DC Metropolitan police officer Michael Fanone, who was brutally attacked on January 6 and says he's living with lasting trauma from the incident who states that "It's time to fully recognize the actions of the officers on that day."

Psaki said she would have to check on the status of the letter, adding that "obviously, the president's view is that there are a number of officers who lost their lives, paid a tremendous sacrifice on a day that will be a stain on our democracy for many years to come and certainly many who survived," said Psaki. "This will be a long lasting trauma."

One officer died in what people originally reported was connected to the January 6 riot. It was originally reported that US Capitol Police officer Brian Sicknick had died from injuries sustained from being beat with a fire extinguisher, with others surmising that this was because of inhaling a chemical irritant.

The DC Chief Medical Examiner determined in April that Sicknick had died of natural causes one day after the incident, succumbing to two strokes.

Four others at the Capitol died, three of which died to due medical emergencies, and one, Ashli Babbit, was shot and killed by US Capitol Police inside the building.