It appears that what the fashion designer called a "powerful message" to the public is not one she's very keen on practicing in her personal life. 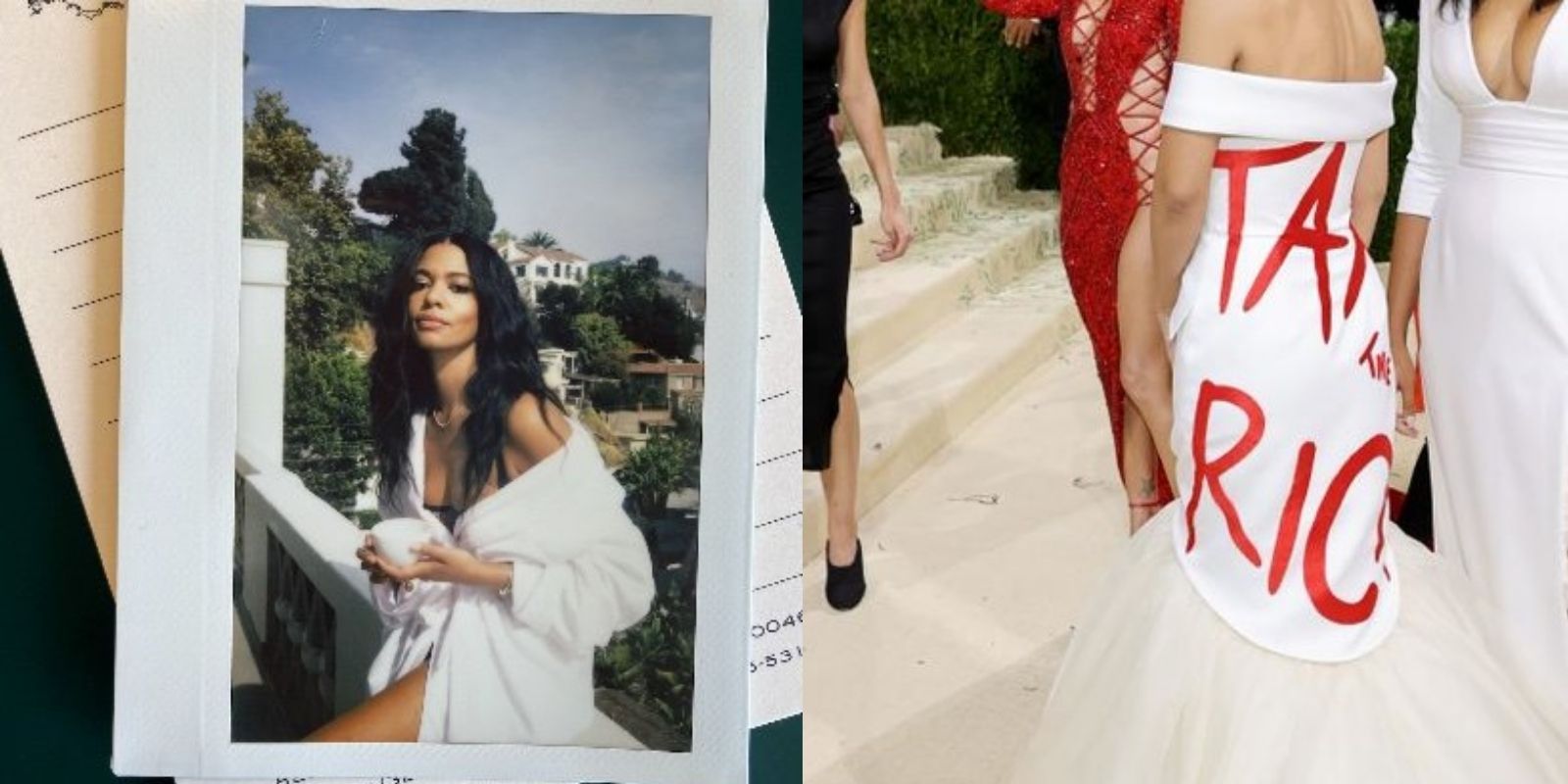 37-year-old fashion designer Aurora James, who designed Rep. Alexandria Ocasio-Cortez's notorious dress with "Tax the Rich" emblazoned on the back, has unpaid debts in multiple states, including delinquent tax bills, according to records.

It appears that what James called a "powerful message" to the public is not one she's very keen on practicing in her personal life. The designer's company has three open tax warrants in New York state as well as other accounts in arrears with the federal government, which led to six separate liens being placed.

According to the New York Post, "Most of luxe-living James' arrears center on Cultural Brokerage Agency, an LLC she formed in 2011 to serve as the parent company of her fashion brand, which today is known as Brother Vellies. It's a favorite of people like Beyoncé, Rihanna, and Meghan Markle."

Baruch College professor and taxation expert David Cenedella reviewed the federal liens and commented: "Just because they take it out of your paycheck doesn’t mean they’re sending it to the government."

Cenedella continued, "It's certainly not something you want. I would not say your average business out there has this. Something went wrong."

The Worker's Compensation Board has fined the ostensibly progressive and social-values-champion company Brother Vellies for a year-long gap in coverage of their workers' compensation insurance spanning 2017 and 2018.

At least one former employee has also come forward to accuse James of exploiting her workers and her unpaid interns, ironically enough.

The person, who asked to be anonymous, commented: "I experienced a lot of harassment when I worked for her. Aurora would ask me to do things not in anyone’s job description, like scheduling her gynecological appointments. The work environment was so hostile that I was afraid to ask for my check."

The New York Post reported that the designer's posh company received over $41,000 of COVID-19 pandemic relief payments from the government.

The famous "Tax the Rich" dress was worn by socialist congresswoman Ocasio-Cortez at the $30,000-per-ticket Met Gala in Manhattan, where the affluent attendees all went maskless, but the employees working there had to wear masks.