Ron DeSantis to make 'major' announcement: 'Prepare for the liberal meltdown of the year'

Pushaw did not get into specifics, only revealing that the announcement was "major" and "official business." 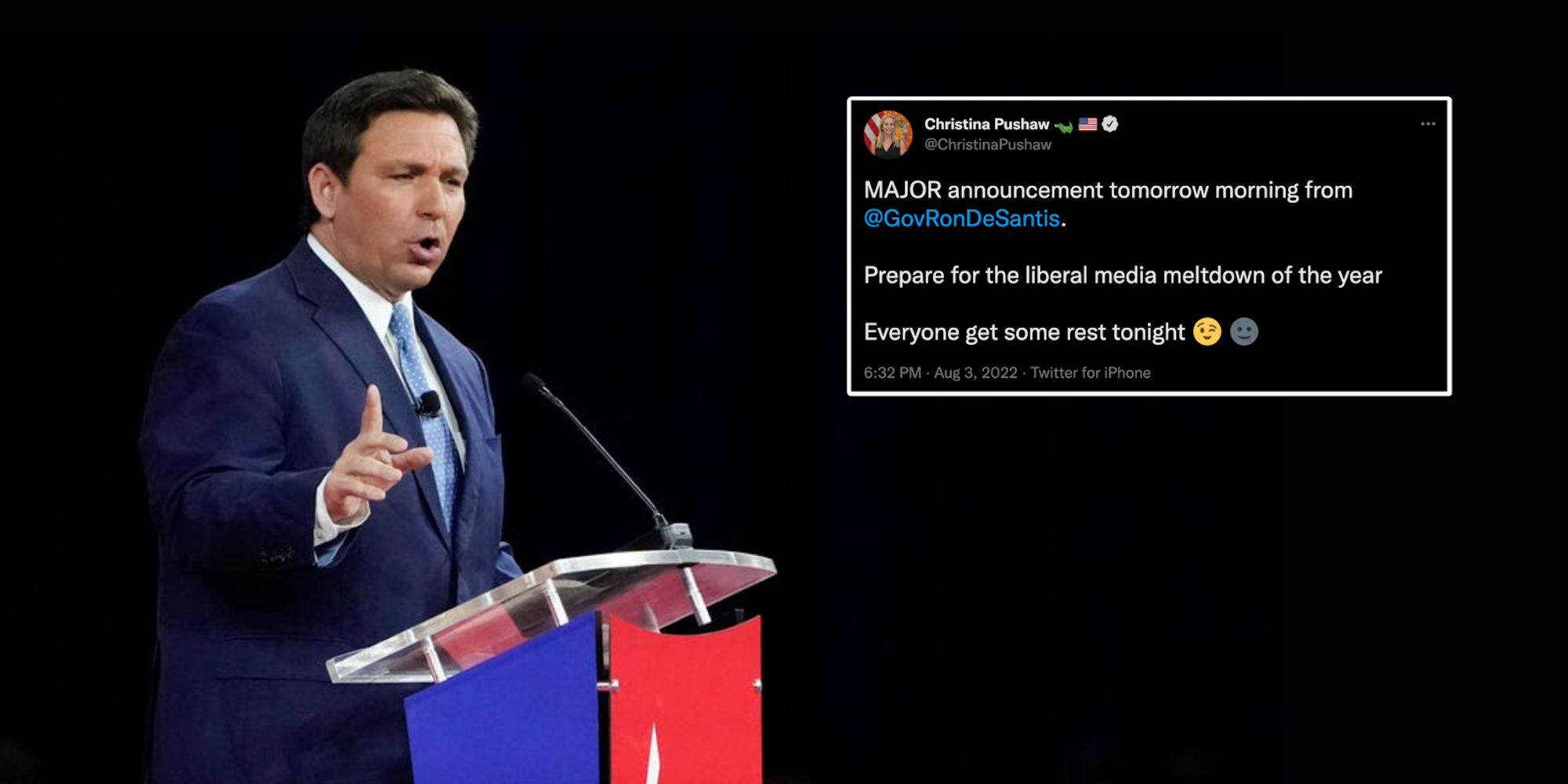 On Wednesday, Ron Desantis' press secretary Christina Pushaw sent out a notice that the Florida Republican governor would soon be making an announcement.

Pushaw did not get into specifics, only revealing that the announcement was "major" and "official business."

"MAJOR announcement tomorrow from @GovRonDeSantis," Pushaw wrote on Twitter. "Prepare for the liberal meltdown of the year."

"He's changing his pronouns to they/them?" one user joked.

Many immediately jumped to the conclusion that DeSantis would be announcing his intention to run for president in 2024, but those rumors were quickly quashed by Pushaw.

"He already announced he’s running for re-election as governor," she wrote. "All I can say about the surprise announcement tomorrow is that it's not about anything campaign related. It's official business."

After Pushaw explained that it was policy, not campaign, related, speculation ran rampant as to what he would be announcing.

Some suggested he might be moving to ban masks in Florida, while others wondered if perhaps it would have something to do with ending "gender-affirming care" for children.

On Wednesday, DeSantis hinted that he wanted doctors who perform body-mutilating surgeries on kids to be sued.

He decried the fact that "very young kids are getting 'gender-affirming care'," and that those performing the surgeries "don't tell you what that is."

DeSantis went on to state argue that it's unacceptable that doctors are "disfiguring" children to tackle gender dysphoria, noting that the majority of those who deal with the condition resolve their issues as they get older.

"I think these doctors need to get sued for what's happening," he added, to cheers from the audience.

Due to his hardline stance on issues such as gender, critical race theory, and public health, DeSantis has surged in popularity among Republicans over the past two years.