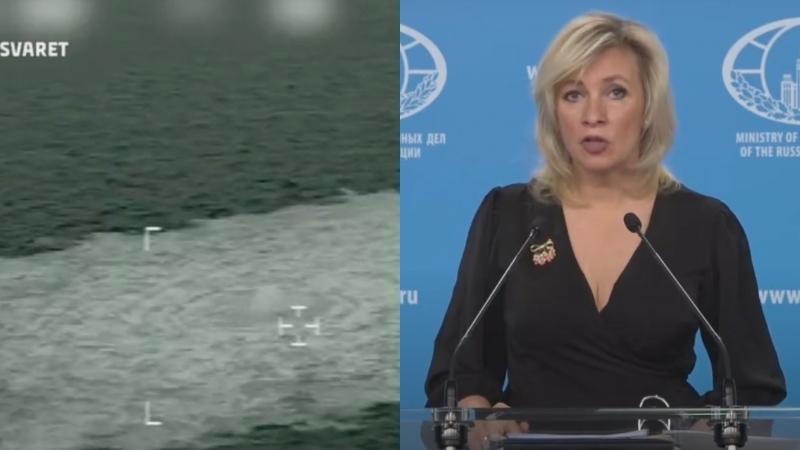 Russia's ministry of defense on Saturday said that the Nord Stream gas pipeline leaks were the doing of the British Navy, a claim that the UK has denied.

The Ministry of Defence of the Russian Federation said "According to available information, representatives of this unit of the British Navy took part in the planning, provision and implementation of a terrorist attack in the Baltic Sea on September 26 this year - blowing up the Nord Stream 1 and Nord Stream 2 gas pipelines," reported Reuters.


According to Russia, "British specialists" from the same unit conducted Ukrainian drone attacks on Russian ships in their Black Sea fleet in Crimea earlier on Saturday, but they were supposedly fought off. Their defense ministry Russian reported minimal damage to one of their minesweepers.

"To detract from their disastrous handling of the illegal invasion of Ukraine, the Russian Ministry of Defence is resorting to peddling false claims of an epic scale," they wrote on Twitter.

"This invented story, says more about arguments going on inside the Russian Government than it does about the west."

Russia's foreign affairs ministry spokeswoman Maria Zakharova said that Moscow will seek attention from the United Nations Security Council, saying "The Russian Side intends to draw international community's attention, including at the UNSC, to a series of terrorist attacks committed against the Russian Federation in the Black & Baltic seas, highlighting the UK's involvement."

According to Zakharova, the Ministry of Foreign Affairs "is working on practical steps in connection with the involvement of British specialists in the preparation of a terrorist attack in the Black Sea (29.10) & training of the Ukrainian military."

Currently, there are no confirmed culprits of the explosions that caused leaks in the Nord Stream pipelines. Originally, the US was suspected due to the Biden administration's previous threats to "end" Nord Stream 2.

In January, Biden-appointed Under Secretary of State for Political Affairs Victoria Nuland announced "If Russia invades Ukraine, one way or another, Nord Stream 2 will not move forward."

Later, during a February joint press conference with German Chancellor Olaf Scholz, President Biden claimed "If Russia invades… then there will be no longer a Nord Stream 2. We will bring an end to it."

"But how will you do that, exactly, since… the project is in Germany's control?" a reporter asked.

"I promise you, we will be able to do that," the president responded.