Hannah Gutierrez-Reed, the head armorer who was hired on Alec Baldwin's film Rust, has raised alarms with both past and present production members leading up to Thursday's fatal shooting incident on set. 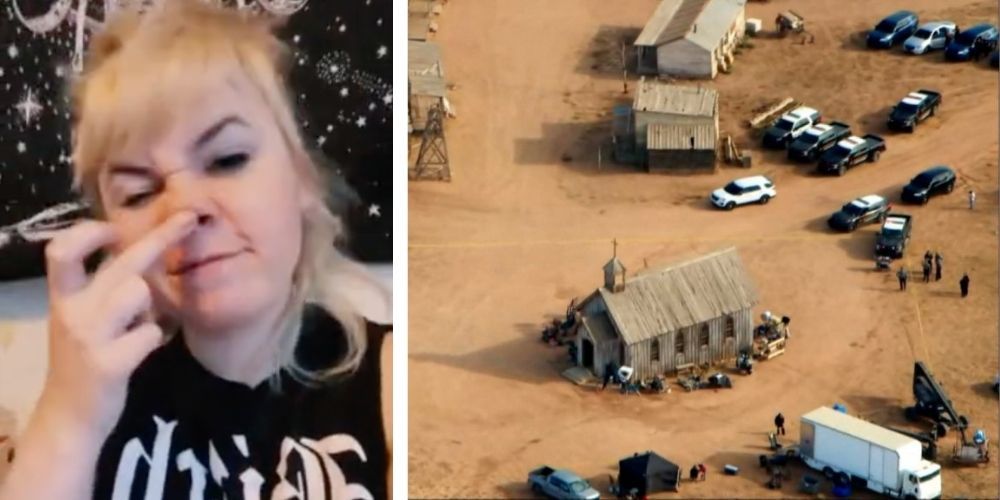 Hannah Gutierrez-Reed, the head armorer who was hired on Alec Baldwin's film Rust, has raised alarms with both past and present production members leading up to Thursday's fatal shooting incident on set.

"She was a bit careless with the guns, waving it around every now and again," a source, who worked alongside the 24-year-old armorer the upcoming Nicolas Cage film The Old Way, told The Daily Beast. "There were a couple times she was loading the blanks and doing it in a fashion that we thought was unsafe."

Sources told The Daily Beast that the fatal incident was the result of failings all around.

"Gutierrez-Reed was described as being 'inexperienced and green' by a Rust production source, who told The Daily Beast there were at least two previous incidents of guns being accidentally discharged by other crew members before Thursday's tragic incident," wrote The Daily Beast.

Sets are advised to test-fire guns off stage before use, according to the Actors' Equity Association's guidelines. "All loading of firearms must be done by the property master, armorer or experienced persons working under their direct supervision."

It also states for actors and staff to "treat all guns as if they are loaded and deadly," a point that many Hollywood weapons experts have blasted Baldwin for.

Two production sources on the set of Rust told The Daily Beast that assistant director Dave Halls, the one who personally handed the gun to Baldwin before the incident, should have also checked the safety of the firearm.

"He's supposed to be our last line of defense and he failed us," the first source said. "He's the last person that's supposed to look at that firearm."

According to an affidavit, Gutierrez-Reed placed three prop guns on a cart outside before the scene was filmed. Halls then grabbed the revolver from the card, calling out "cold gun" as he handed it over.

"The second production source told The Daily Beast that the first assistant director should be personally verifying whether a weapon is 'hot' or 'cold.' (A 'cold gun' indicates there are no cartridges—including blanks—inside the firearm. A 'hot gun' indicates the weapon is loaded with cartridges, either live ammunition or blank rounds.) 'This check alone should've prevented this incident,' the person said," wrote The Daily Beast.

During the 911 call on Thursday, script supervisor Mamie Mitchell appeared to reference Halls as she asked for urgent ambulance service to the hospital set.

Mitchell can be overheard telling someone nearby, "this f-cking AD that yelled at me at lunch asking about revisions, this motherfucker. Did you see him lean over my desk and yell at me? He's supposed to check the guns. He’s responsible for what happened."

Two production sources from The Old Way told The Daily Beast similar allegations as those issued against Gutierrez-Reed on the set of Rust.

The Old Way was the first time that Gutierrez-Reed was hired as a head armorer. Trained by her father, Hollywood veteran firearms consultant Thell Reed, Gutierrez-Reed admitted on the Voices of the West podcast that she almost did take the position over fears that she wasn't "ready."

She said that she thought loading blank rounds into firearms was "the scariest thing."

"But doing it, it went really smoothly," she said.

"There were several concerns I brought to production's attention," one production source from The Old Way told The Daily Beast in regards to Gutierrez-Reed. "I have been around firearms my entire life and noticed some things that were not OK even with loaded blank firearms."

Another source said that there was significantly less stress placed on gun safety under Gutierrez-Reed's watch.

In Once incident, Gutierrez-Reed allegedly loaded a gun on the ground, surrounded by pebbles. Without checking the gun over properly, she handed the gun to 11-year-old actress Ryan Kiera Armstrong.

The two sources said that crew members demanded that filming be stopped until the gun was properly checked over by Gutierrez-Reed.

"She was reloading the gun on the ground, where there were pebbles and stuff. We didn't see her check it, we didn't know if something got in the barrel or not," one source said, noting that the crew paused filming until Gutierrez-Reed double checked the gun for any barrel obstructions.

Leading up to the fatal incident on the Rust set, multiple complaints had been made, with six crew members walking off the set just hours before the accident.

Crew members had complained to Hall over the weekend about accidental gun discharges, demanding that these incidents be recorded. "All of us yelled at him, 'That better be on the production report, these guys are irresponsible and shouldn't be here,'" the source explained.

"That should be automatic grounds for termination on a union film set, you should be gone. The first time that gun went off without telling anybody, that whole department should have been replaced, immediately. Clearly production thought better of it, decided to roll the dice and pay the ultimate price," the source continued.