The Thomson Reuters Foundation asked "Could 'dimming the sun' help turn down global heating?" and said the answer may be stratospheric aerosol injection. 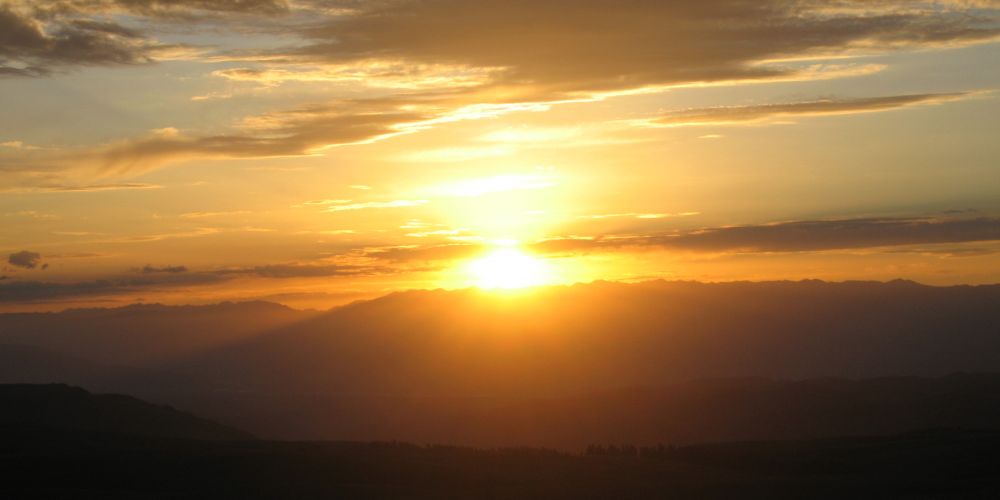 The concept of addressing climate change through blotting out, or dimming the sun, was back in the news on Thursday, as Reuters offered an exploration of a technique that would spray tons of chemicals into the air through "stratospheric aerosol injection."

The Climate Overshoot Commission, which is a group looking at this concept, "is an independent group of eminent global leaders, who will recommend a strategy to reduce risks should global warming goals be exceeded."

"Could 'dimming the sun' help turn down global heating? It might sound like science fiction, but some are exploring solar geoengineering tech to stop temperatures rising. They say it's relatively cheap and simple - while others warn it could be catastrophic. Why?" a Twitter post from The Reuters Foundation Climate read.

One method for "dimming" the sun would be a "'stratospheric aerosol injection' - or SAI. It involves spraying chemicals into the atmosphere to reflect away some of the sun's warmth, like how volcanic eruptions darken the sky. Special planes would deploy it, costing a few billion dollars a year."

In 2011, Popular Science first addressed the catastrophic consequences of stratospheric aerosol injection into the earth's atmosphere with the article, "What Could Possibly Go Wrong: Blotting Out the Sun." The piece argued that geoengineering could cause more problems than the global warming it aimed to stop. Because the "odds of miscalculation are high" for such an endeavor, the unintended devastating consequences would be nearly incalculable.

"SAI could hold down global average temperatures - if efforts are maintained," TRF Climate tweeted, "But opponents of the tech say SAI would only mask the problem, not solve it. Some scientists are so worried about its effects that they believe research should stop & outdoor tests be banned."

They list the consequences as, "Potential shifts in rainfall patterns that may exacerbate global hunger. Rapid, uncontrollable temperature rise if its use is suddenly stopped. Giving climate polluters an unwarranted green-light to carry on."

The Popular Science piece also said the geopolitical fallout would be severe as smaller countries would see America and China manipulating the weather for short term realpolitik.

In 2019, The Post Millennial reported on the ethics of authoritarian bodies like governments and corporations taking action on climate change and wrote that their "force is not something to be trifled with" as it "invades the rights of the individual" and "tends to come with an abundance of negative unintended consequences."

On their "about" website titled trust.org, Thomson Reuters Foundation says they are, "the corporate foundation of Thomson Reuters, the global news and information services company. We work to advance media freedom, foster more inclusive economies, and promote human rights." The corporate company says they're using the news and media they report to "drive systemic change."

"Even if solar geoengineering were practically possible, who would be in charge?" The thread asked, "Early efforts to create rules for it show signs of stalling, critics warn. This makes it more likely that one powerful state or individual could take the lead - potentially harming others."