REVEALED: Seattle politician who defunded the police called 911 to protect her from a crime she wants to legalize

A Seattle City Council Member who was at the forefront of the effort to defund the Seattle police called 911 Friday night for a crime that she is pushing to legalize. 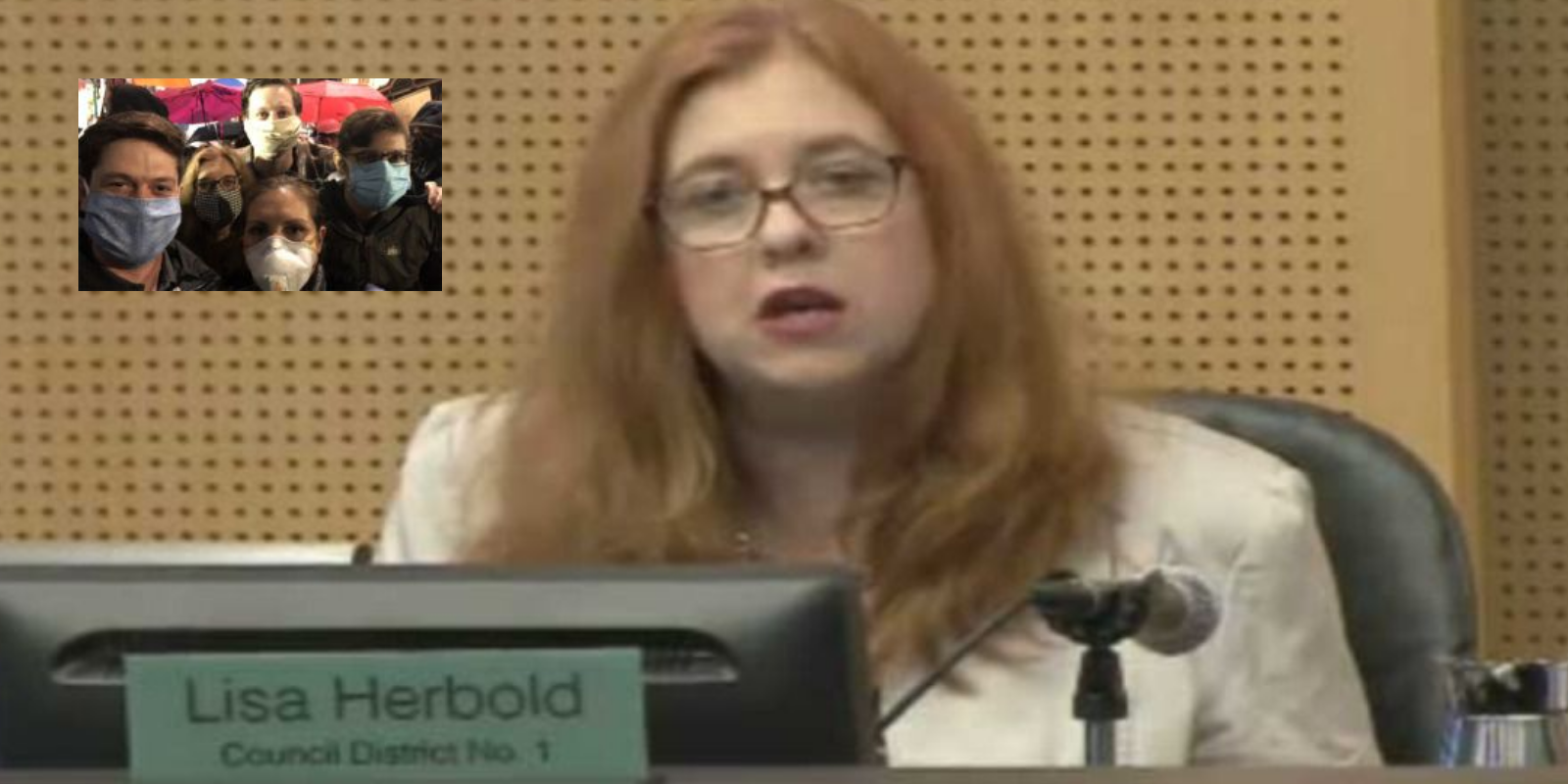 A Seattle City Council Member who was at the forefront of the effort to defund the Seattle Police Department, called 911 Friday night for a crime that she is pushing to legalize.

As first reported by police sources to the neighborhood safety group Safe Seattle, Council Member Lisa Herbold called 911 and requested the police for criminal damage done to her home, a crime that the council member is pushing to legalize.

Allegedly a man threw a rock through Herbold’s window. In a redacted police report, Herbold told responding officers that she "was on the west side of the living room near the kitchen when she heard a loud noise that sounded like a gunshot and dove into the kitchen for cover."

A witness said he saw an "…unathletic and a bad runner" leaving the scene. The suspect was described as a clean shaven, white male in a black hoodie and jeans. The witnesses told officers that he would recognize the suspect if he saw him again, but declined the officer’s business card to contact him for follow up. Ironically, Herbold is pushing for legislation that would make the alleged crime legal.

In October, Herbold, chair of the Seattle City Council's Public Safety Committee, introduced legislation to "…excuse and dismiss" almost all misdemeanor crimes committed in Seattle by "…persons with symptoms of addiction or mental disorder." At the time, Herbold was criticized for trying to sneak the legislation in as part of the budget cycle rather than through the normal legislative process and with no public discussion about the proposal.

Last week, Herbold, had her first formal discussion on the legislation, and now wants to add legal defense to the Seattle municipal code, which would provide an affirmative defense for someone who committed a crime because they needed "...to meet a basic need to survive." Herbold said she wants a jury to hear a defendant's explanations for the crime and for the jurors to decide if the crime was committed to "... supply a basic need."

If approved, the ordinance would excuse and dismiss, and thereby legalize, almost all misdemeanor crimes committed in Seattle by offenders who could show, not just that the crime provided for a need, but also:

Offenses that would be covered by the legislation would include almost every crime below the level of a felony, while excluding charges of driving under the influence or domestic violence. The proposed legislation was met with significant resistance from Seattle residents and businesses.

Herbold’s call for police assistance at her home comes just weeks after she and her fellow council members defunded SPD by an additional 18% in the 2021 budget. This followed millions of dollars in cuts this summer to SPD by the council, with Herbold being one of the main proponents of the cuts including cuts to the Navigation Team, which offers services to the homeless.

Herbold and her fellow council members even joined protests and riots this summer in the lead up to Seattle’s Autonomous Zone.

Herbold has a history of hypocrisy when it comes to the police department. In 2019, a homeless RV was parked in front of Herbold’s home. Herbold assumed it was a political stunt, and was later fined by Seattle’s ethics commission for using her position and texting former Police Chief Carmen Best to deal with the RV .

Herbold also pledged continuously during her 2019 re-elect campaign that she would add officers and support the Seattle Police, and yet was one of the staunchest advocates for the defund SPD movement.

Herbold also suggested that personnel terminations in the Seattle Police Department as a result of the defunding, should be made based on race, with white officers laid off first to spare the jobs of BIPOC officers.

Mike Solan, President of the Seattle Police Officers Guild told The Post Millennial "The stunning hypocrisy from Councilmember Herbold is sadly nothing new and fitting to her tone deaf stance on anything surrounding public safety. Coupled with her naive uninformed perspective on decriminalizing most misdemeanors, she takes the first place trophy on being an embarrassment to Seattle. Seattle Police officers are some of the best trained and compassionate human beings in the profession of law enforcement. It is shameful that someone who just over a year ago ran on a re-election platform advocating for more funding for the police and for more staffing has now defunded this agency, advocated to lay us off based on the color of our skin and wants to push Seattle into lawlessness Seattle deserves better."