Senator Lynn Beyak said yesterday that she never actually claimed to be Metis. “Media is reporting I am Métis .. I am not now, never was.” 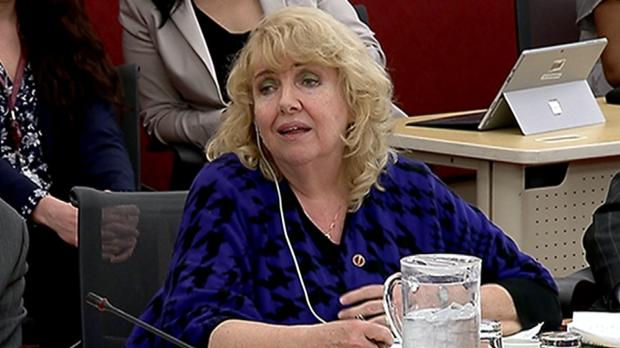 Senator Lynn Beyak said yesterday that she never actually claimed to be Metis. “Media is reporting I am Métis,” Beyak wrote in a statement. “Métis are a great people but to be clear: I am not now, never was, and never will be Métis. I have never claimed to be Métis at any time, in any way, to any one, in my life.”

Nicole Meawasige was Beyak’s instructor for her anti-bias training at the Ontario Federation of Indigenous Friendship Centres of Toronto. Meawasige wrote in her report dated October 16, 2019 that, “The Senator identified herself as Metis.” The report was sent to the Senate Ethics Office and went on to add, “Senator Beyak explained that her Métis identity resulted from her family’s adoption of an Indigenous child, her adopted sister. The Senator’s understanding and presentation of her Métis identity were flagged as a concern by the trainers.”

Beyak was forced to attend Federation sensitivity training last year after she posted 129 constituents’ letters on her website that included five deemed racist by the Senate Ethics Office. Among the letters were claims that First Nations were “pampered” and engaged in “chronic whining” despite that they “received better treatment and education than society gave the Irish.”

Beyak claims that this account is false. Beyak described her instructors as “unprofessional and inconsiderate”, in her own written account of those sessions, stating that one trainer, Terrellyn Fearn told her she was “white privileged.”

“She asked if I knew about the meaning of white privilege and if we could focus on that,” wrote Beyak: “Terrellyn jumped up and went to the board where she hastily drew a sweeping blue arc and jabbed a multitude of blue dots beneath. She said the blue arc indicated white privilege and the English and French takeover of their many Indigenous nations represented by the blue dots, to get the land and resources they wanted, to use for their own gain.”

“I explained while I accepted her understanding of history, mine is different and since we are both well-informed and neither of us was there, we would have to agree to disagree,” wrote Beyak.

The Senator is facing a second suspension pending a second written apology with completion of more training courses. The Senate postponed the vote on her suspension yesterday although no senator has spoken publicly in Beyak’s defence according to Blacklock’s.