The conversation took place as news of Republican Sen. Lindsey Graham's proposed 15-week abortion ban sparked outrage amongst abortion advocates, despite the fact that most abortion procedures performed in the United States would still be legal if the bill became law. 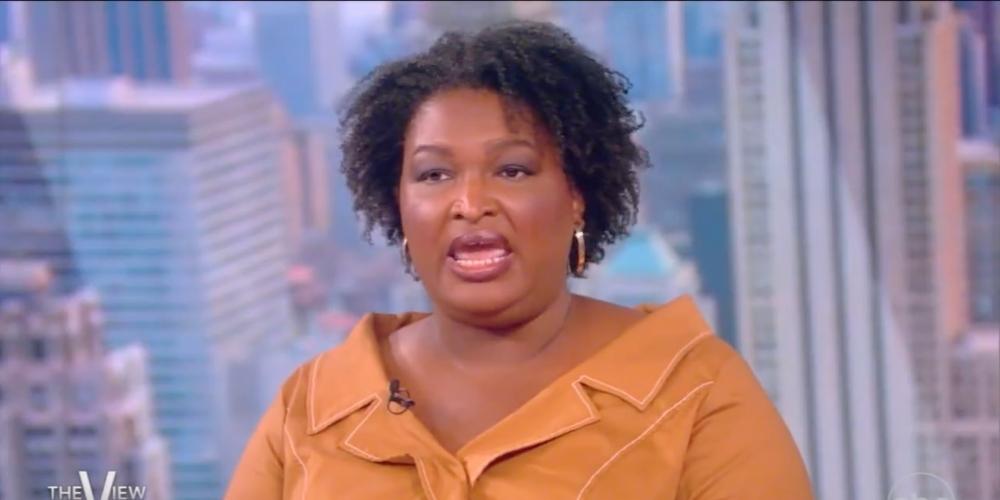 Olivia Rondeau
Sep 14, 2022 minute read
ADVERTISEMENT
ADVERTISEMENT
Stacey Abrams, who is once again running for Georgia governor after her loss to Republican Brian Kemp in 2018, took to "The View" on Wednesday to criticize abortion bans after a certain gestational period, calling them "deeply problematic."

"Do you think there should be any legal limits on abortion, such as the third trimester or viability?," co-host Alyssa Farah asked the former Democratic state representative during the episode.

"I believe that abortion is a medical decision, not a political decision," Abrams replied. "Arbitrary politically-defined timelines are deeply problematic because they ignore the reality of medical and physiological issues."

"Abortion is a medical decision, not a political decision ... The limit should not be made by politicians who don't understand basic biology or apparently basic morality," she said.


"What I believe is that it's a decision that should be made between a woman and her doctor," she continued. "That viability is the metric; and that if a woman's health or life is in danger, then viability extends until the time of birth, but women do not make this choice lightly."

The conversation took place as news of Republican Sen. Lindsey Graham's proposed 15-week abortion ban sparked outrage amongst abortion advocates, despite the fact that most abortion procedures performed in the United States would still be legal if the bill became law. In 2019, 92.7% of abortions in the U.S. were performed at 13 weeks or before, according to a study by the Centers for Disease Control and Prevention.

In the state of Georgia, a 6-week abortion ban was enacted soon after the overturn of Roe v. Wade earlier this summer, which Abrams also took to Twitter to criticize after her appearance on The View.

"Under my administration, the law will affirm that abortion care IS medical care," she said of her policy if she were to win the race against Governor Kemp in their second face-off.  Under Kemp’s 6-week abortion ban, women can be forced to carry a pregnancy to term and doctors are afraid to provide care because they fear losing their license or face up to 10 years of jail time.

Under my administration, the law will affirm that abortion care IS medical care.