Stacy Abrams says economic suffering can be solved with abortion

"Having children is why you’re worried about your price for gas, it’s why you’re concerned about how much food costs. For women, this is not a reductive issue. You can’t divorce being forced to carry an unwanted pregnancy from the economic realities of having a child," she said. 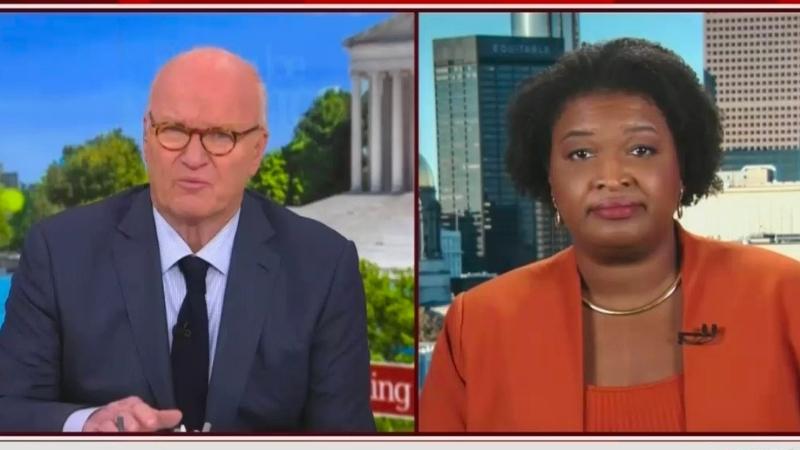 Democratic Georgia gubernatorial candidate Stacey Abrams has come under fire for attributing the worries that many voters have about the rising prices of food and gas to "having children."

The former state representative joined MSNBC's Morning Joe talk show Wednesday morning to talk about her stances on the pressing issues of record-high inflation and access to abortion, where she made the controversial statement.

"Right now we are walking away so often from the real issues that people care about. Abortion is an economic issue," said Abrams. "It's been reduced to this idea of a culture war. But for women in Georgia, this is very much a question of whether they're going to end up in poverty in the next five years because women who are forced to carry unwanted pregnancies end up within poverty — they're four times more likely to be impoverished in five years."

In the state of Georgia, abortions are restricted following the stage at which doctors can detect a fetal heartbeat. Exceptions can be made for instances of pregnancy as a result of rape or incest, or if a woman's life is endangered by the pregnancy.

Today, the state's average price of gas is $3.24 per gallon, according to the American Automobile Association. In 2020, prices had gotten down to just $1.61.

MSNBC columnist Mike Barnicle then pressed Abrams further on her plans to alleviate the burden of inflation for her potential constituents, prompting the failed 2018 candidate to snap back with a critique on "being forced" to have kids.

"Having children is why you’re worried about your price for gas, it’s why you’re concerned about how much food costs. For women, this is not a reductive issue. You can’t divorce being forced to carry an unwanted pregnancy from the economic realities of having a child," she said.

The clip of the discussion made rounds on Twitter, garnering commentary on the trend of antinatalism and arguing for abortion to lessen the load of economic or ecological concerns. Podcaster Tim Pool poked fun at the premise, joking that "The next best thing is to consult a doctor about neutering your sons and spaying your daughters."