The comments come after Starbucks CEO Howard Schultz annouced that 16 stores will be shuttering as a result of spiking crime in lawless Democrat-run cities. 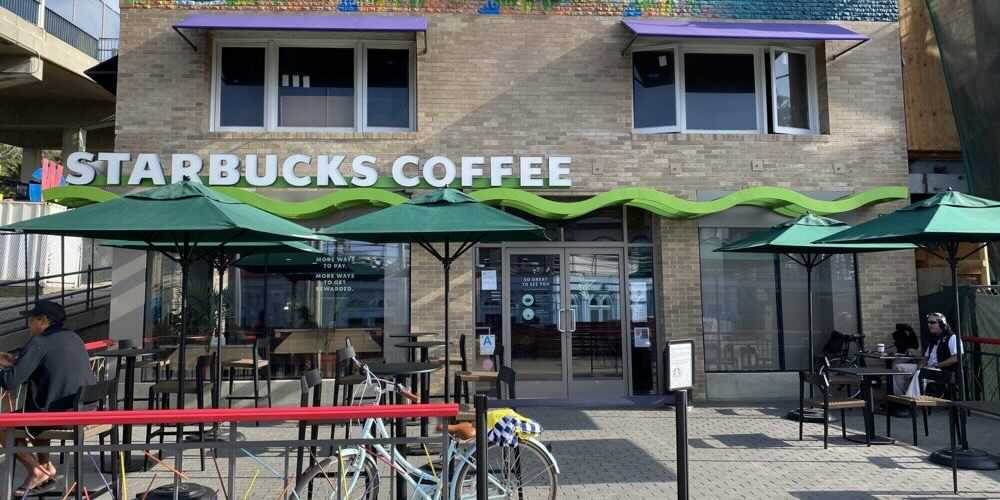 A Los Angeles Starbucks employee revealed that barista's are frequently harrassed and have been attacked by homeless vagrants at their stores, according to Daily Mail.

The comments come after Starbucks CEO Howard Schultz annouced that 16 stores will be shuttering as a result of spiking crime in lawless Democrat-run cities. Six of those stores are in Los Angeles.

A Starbucks barista, who works at one of the LA locations that will be closing, told Daily Mail that she is thrilled with the CEO's decision, and claimed that she and her coworkers are regularly attacked by vagrants who frequent the coffee shop.

The barista told the outlet that a homeless vagrant has hurled heavy metal chairs at her while she was working, an incident that escalated into calling the police.

"We got attacked," the barista said, who works at a Starbucks located in the city's Santa Monica pier. She told the outlet that criminal activity has vastly increased at the store in recent months.

The attacker allegedly tossed the heavy metal patio seats over the store's counter in a fit of rage, just nearly missing her and other employees, according to the outlet.

"They got metal seats and threw them at everything over here," she told the reporter, gesturing behind the counter.

"I called the police while it was going on and they took over 20 minutes to get here," the barista explained of the incident.

"That's too long," she exclaimed. "He could have had a gun or a knife."

Adding, "Even if he'd have had a gun we don't have a back door we wouldn't be here right now if he'd had a gun."

The barista, who wished to remain anonymous, described that staffers are regularly "attacked by the homeless people" whom "try to fight us or try to hurt us."

After learning that Howard Schultz would be shuttering a number of stores, the barista said that she was "happy the company was looking out for them."

Last week, Starbucks announced that it would be closing sixteen stores across the US by July 31, citing safety concerns amid rising levels of crime.

Footage from an internal meeting obtained by The Post Millennial, shows CEO Howard Schultz explaining in detail why so many locations have had to shut their doors.

The stores that are set to be closed include five in Seattle, one in Everett, six in the Los Angeles area, and two in Portland, Oregon, along with locations in Philadelphia and Washington, DC.

Starbucks employees have previously told The Post Millennial that they have to deal with customers "doing drugs in bathrooms" and regularly have to clean up drug paraphernalia and needle debris. Additionally, they have seen homeless people "wander in off the streets and harass employees and customers."

In addition, Starbucks will also be closing their bathrooms to non-paying customers as a result of the spiking crime, the company announced earlier this month.