A far-left extremist using an online moniker to advocate for targeted killings of law enforcement has been revealed to be the student body president of Virginia Commonwealth University. 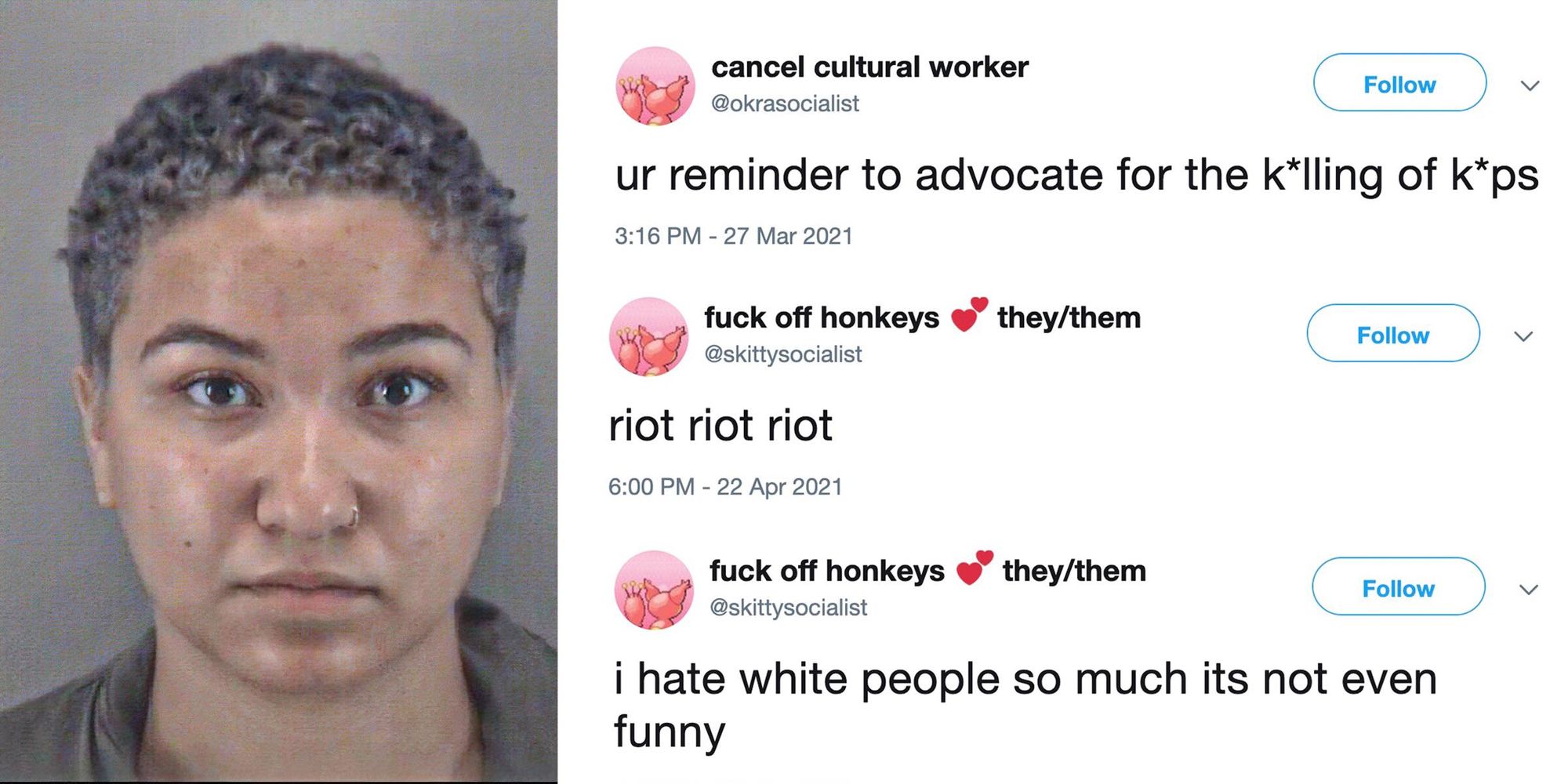 A far-left extremist using an online moniker to advocate for targeted killings of law enforcement has been revealed to be the student body president of Virginia Commonwealth University.

20-year-old Taylor Marie Maloney, from Charleston, SC, was championed earlier this month by the ACLU of Virginia for being the "first openly transgender and non-binary person" elected to the position. But social media posts written by the communist activist have since surfaced showing their advocacy for killing cops, rioting, looting, vandalism and hatred of white people.

"Ur reminder to advocate for the killing of kops," Maloney tweeted in March from their now-suspended account, @okrasocialist.

When a follower of the black nationalist Nation of Islam group rammed his car into Capitol Police, killing one of the officers on April 2, Maloney celebrated"> his death. "[L]ove this we need more of this," Maloney wrote, responding to the breaking news from the Associated Press.

On the day of the Derek Chauvin verdict, Maloney declared on Twitter that they hoped he was acquitted so that rioters can "burn this b— to the ground."

Maloney has also made a number of racist posts on social media. "I hate white people so much its not even funny," they tweeted last Friday. "If u are white you should [I don't know] shut up," Maloney's new Twitter bio reads after their previous two accounts were suspended on the social media platform. Maloney also posted"> her disgust about a mixed-race woman who is married to a white man, describing their children as "white quadroon kids."

Other controversial comments from Maloney include their defense of the two teen carjackers who killed Uber Eats driver Mohammad Anwar. Maloney also called for the burning of city buses in Richmond, Va. "[W]hen Richmond gonna fry up another [Greater Richmond Transit Company] bus? When are we gonna see some action again? I thought yall was anarchists," Maloney tweeted last week.

Maloney's online extremism has long extended into their real-life activities.

In July 2020, Maloney was arrested at a Black Lives Matter-Antifa riot in Richmond where militants started fires, smashed windows and assaulted responding police officers with rocks. Maloney was arrested alongside communist activist Madeleine "Molly" Conger. However, both their cases were not pursued by the prosecutor.

At the time, Maloney was president-elect of the student government association at VCU, a public university in Richmond. Maloney's arrest arrived on the heels of an email by VCU president Michael Rao that condemned the violent protests that took place the previous night that caused more than $100,000 in damages to VCU property, the Commonwealth Times reported.

As student body president at VCU, Maloney oversees more than 30,000 students and how funds are distributed to over 500 student organizations on campus. Maloney is studying political science and government.

Despite Maloney's history of extremist politics, the American Civil Liberties Union of Virginia championed and profiled Maloney earlier this month for being an openly transgender and non-binary student body president at a major academic institution.

"Taylor is a fierce advocate who is making strides for diversity in leadership," the group tweeted. "They are committed to justice for all and creating lasting change in their community, and we are grateful for their hard work and dedication."

Maloney is also an organizer for the Virginia Student Power Network (VSPN), a network of self-described radical college students across the state. Last summer, the ACLU of Virginia filed a lawsuit against the state police and the Richmond Police Department on the VSPN's behalf for allegedly infringing upon the group's constitutional rights to free speech, assembly and protest.

Maloney appeared last year on an episode of Race Capitol’s activism podcast, titled "Why All the Kids Are Communists (and You Should Be Too!)." Amid the summer 2020 riots, Maloney also championed the toppling of statues in an interview with Style Weekly.

Before becoming student body president at VCU, Maloney ran as a police abolitionist candidate for the Richmond City Council in November 2020.

Maloney is currently crowdsourcing on GoFundMe to fundraise housing arrangements so that they can move to an apartment where they can be recognized by their gender identity. Maloney also indicated they'll engage in sex work if no job prospects arise by June.

Virginia Commonwealth University did not respond to a request for comment. The ACLU of Virginia has been reached for comment.