A study from Temperature argued that rising temperatures have caused children to stay indoors, grow inactive, and eat more. 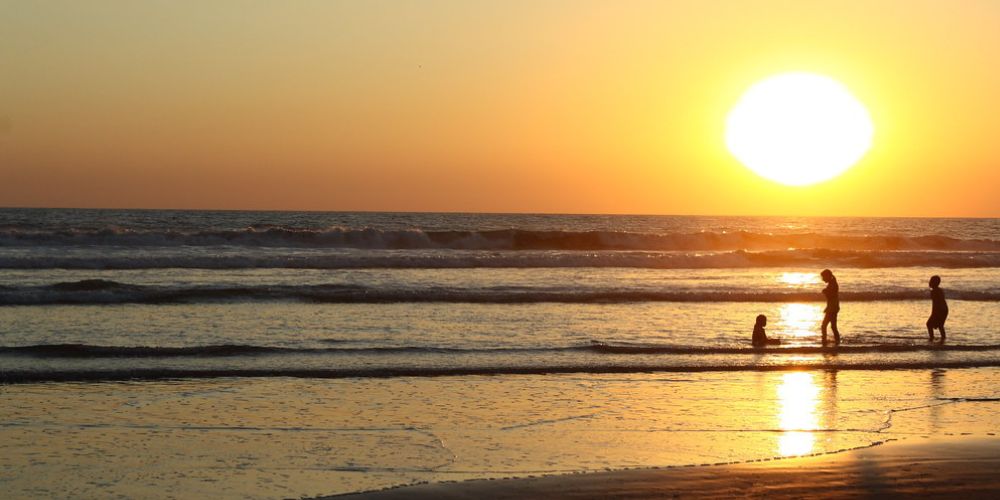 The talk show CBS Mornings cited a study on Saturday that correlated the growing trend of American obesity to climate change, as increased heat, the study says, is making children stay indoors, consume more calories, and embrace a sedentary lifestyle.

"The study published in journal Temperature found today's children are 30 percent less aerobically fit than their parents were at their age," the CBS host said. "Fewer children are reaching the World Health Organization's recommendation of 60 minutes of exercise a day."

In the study from Temperature, Shawnda A. Morrison argued that rising temperatures have caused children to stay indoors, grow inactive, and eat more. Her work focused on "heat stress assessment" and makes the point that it's more dangerous and less fun to be active if it's extremely hot outside.

However, the author conflates metrics from the Covid-19 shutdowns that led to increased obesity in some regions as evidence for her assertions.

"Climate change will not only exert direct effects like higher ambient temperatures in many regions but it will also be responsible for indirect effects that can independently affect child physical activity habits, for example as observed during the Covid-19 global pandemic."

A 2021 abstract published in the US National Institutes of Health's National Library of Medicine (NIH/NLM) titled "Climate Change and Obesity" noted that the "current Covid-19 pandemic has caused some decline in greenhouse gas emissions," in an indication that the pandemic was a positive development for global climate change.

The piece also said, "Following multiple lockdowns, there was further increase in obesity in wealthier populations." The NIH/NLM piece indicates that humanity can still gain weight if they're addressing climate change, so long as they're sedentary and consuming more calories than they burn.

A study cited by MarketWatch suggests that obesity may actually be causing climate change. "Obesity is associated with approximately 20 percent more greenhouse gas emissions compared to people considered to have a healthier weight."

"Researchers in a recently published study found that global obesity was estimated to contribute to an extra 700 megatons of carbon dioxide emissions per year," the study said, according to MarketWatch.

A 2017-18 study from the Centers for Disease Control and Prevention that surveyed over 5,000 US adults found that four out of 10 Americans are obese and one out of 10 are severely obese. Americans that were considered severely obese in 1970 was only about one in 100, a number that is ten times more common today. The overall obesity rate has gone up by about 40 percent since 2000.

As Americans get fatter, which is also an objective metric for physical fitness and health, a media trend has emerged to redefine being fat as being healthy. In January of 2021, the magazine Cosmopolitan launched its "This is Healthy" campaign and featured nearly a dozen obese models who Cosmo qualified as "healthy."

Obesity is caused by consuming more calories than a human being burns off. Regular exercise and a healthy diet with appropriate caloric intake wards off a variety of negative health effects, with obesity high on the list. While other factors, all of which are marginal, contribute to someone being overweight, a sedentary lifestyle combined with hefty calorie consumption is the answer to obesity's riddle.

In 2020 Earth.org published a piece also linked climate change and obesity and wrote, "Malnutrition, especially obesity, is the leading cause of poor health worldwide. Despite no obvious connection, climate change is also a contributing factor to this issue."

With no "obvious connection" linking the two, Earth.org stated that the correlating pieces of evidence between obesity and climate change were "numerous but less certain."