"You turned your classroom into a place that can only be described as torture," Kanawha County Circuit Judge Maryclaire Akers told Nancy Boggs. 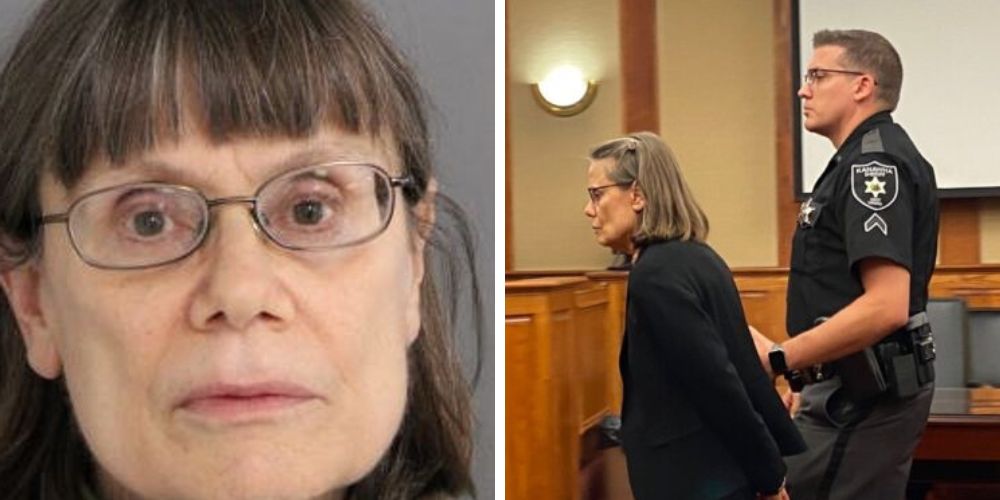 Dobbs was sentenced to 12 months in prison on each charge.

During court proceedings, the former Kanawha County teacher admitted to slapping a child and slamming another's head into a desk. Boggs also told the court that she hit a female student with a cabinet door, pulled her hair, and pulled a chair out from under her.

"You turned your classroom into a place that can only be described as torture," Kanawha County Circuit Judge Maryclaire Akers told Nancy Boggs before bringing down the hammer, Metro News reports.

Surveillance video captured the attacks, which is required by state law.

Before the surveillance footage was shown to the jury, Judge Akers told Boggs "I think that it's only fair that the court is able to play these videos so that everyone understands what we're talking about."

Family members of the three student victims sat stunned as they watched the horrifying video in court for the first time, according to Metro News.

"Mommy doesn't care. She taught you bad and you're being a big baby," Boggs said to one of the victims in the video. "We're here to work. You think you're some kind of big shot and you're not. Low man on the totem pole. Nobody ever cared about you."

During the time of the incident, the victims were all non-communicative and between the ages of 8 to 10, Metro News reports.

Elizabeth Foley and Mark Pressman, parents of student victim Sophia Pressman, described the horror that Boggs inflicted on their daughter at school.

"You made the other students make fun of her," Pressman told Boggs.

"You swept trash onto my child," Foley added.

"You made her eat lunch off of the bathroom floor," Pressman explained.

Despite these harming incidents, Foley told the jury that Boggs would then make Sophia write her apology letters.

The parents of Trenton Bowden, 9, told Boggs "You made our worst nightmares come true."

"Our children are the most vulnerable and you knew that," Beth Bowden said. "You can look at us and say you're sorry, but we got no excuse as to what happened. Our kids don't have voices, but you do."

As a result of the highly publicized incident, Governor Jim Justice signed two bills into law that aim to protect children in the classroom.

Under HB 4600, an individual in position of trust would receive a felony if they were to verbally or physically abuse a disabled child, or to neglect to report abuse they witness.

Under SB 261, school administrators are required to review surveillance video for a minimum of 15 minutes every 90 days. The school system is also allowed to release classroom video to attorneys representing students and their families and to investigators.

Boggs will serve her sentence at South Central Regional Jail.