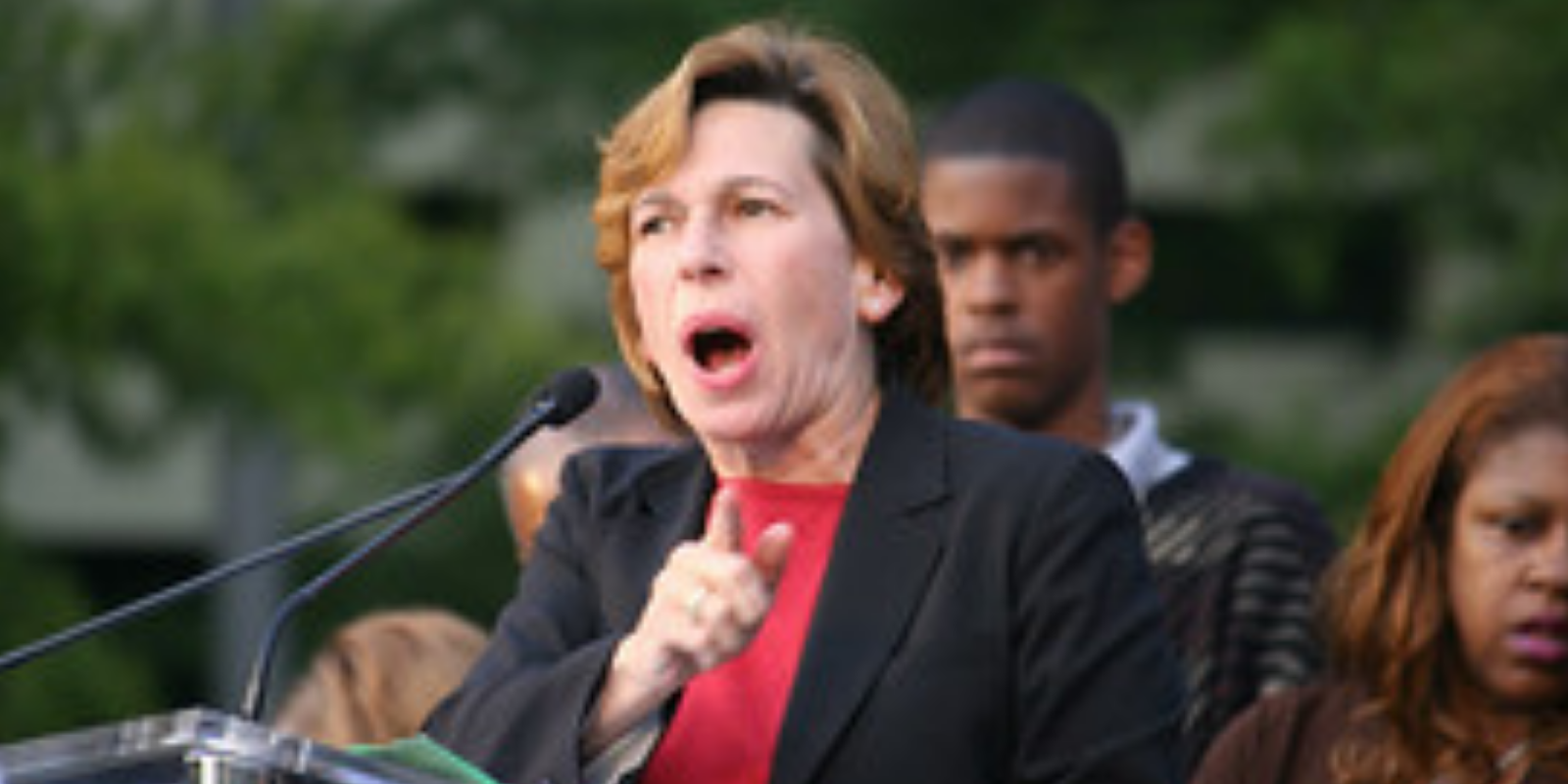 American Federation of Teachers president Randi Weingarten has come out in opposition to Florida's Parental Rights in Education, and others like it, saying that bills like these are the way "wars start."

Weingarten made the claim to Rick Smith, on a podcast, that it's a bad thing for parents to take a deeper look, and demand more input and transparency on curriculum, from textbooks to classroom instruction. She also finds it harmful for teachers to be branded and exposed as indoctrinating students in critical race and gender theory, according to the New York Post.

"We're not indoctrinating. We're not grooming," she said. "What we're doing is making sure we educate kids. We keep them safe. We keep them welcome. And we teach them how to think, not what to think."

Twitter account Libs of Tik Tok has been instrumental in exposing how some teachers in America look at their students, their role in their students' lives, and their responsibility in the classroom. Shares include a non-binary preschool teacher who makes her preschoolers wear pronoun pins every day.

Or a school in Austin that held a Pride parade for kindergarteners.

Either Weingarten believes this is simply all in a day's work for an educator, or she doesn't know about it. On the podcast, Weingarten said it was "right-wing extremists" who are "trying to put back in the closet people who may be gay or trans."

She said that "These right wing ideologues are just trying to create fear and anxiety and anger exploiting the fear that parents already have in order to win elections and end public education as we know it."

Florida's Parental Rights in Education Bill, and others like it across the country, are aimed at preventing teachers from engaging in activism in the classroom, and giving parents access and input over what it being taught as regards sex, sexual orientation and gender identity. Florida's bill prevents teachers from engaging in classroom instruction in these topics for children in grades kindergarten through 3, and insists that instruction must be age-appropriate otherwise.

Weingarten is one of many Democrats and progressives that have opposed the bills. The White House has come out in direct opposition to parents having a say in the education of their children, saying that children who aren't permitted instruction in gender identity might kill themselves, and that the bill is "designed to target and attack trans kids."

The bill prevents teachers and schools from keeping children's gender identity a secret from parents. This after schools in Florida did keep these secrets, fracturing families, and in one notable case, only informing parents of a student's gender transition after the student had tried to commit suicide on school grounds.

White House press secretary Jen Psaki wept over the "cruelty" of the bill, saying that it prevents students from discussing their home lives if their parents are same-sex, or from teachers acknowledging that home-life as totally fine. It does not.

In addition to protecting parents' rights in the education of their children as regards gender identity, Florida Governor Ron DeSantis recently rejected many math textbooks from being used in the state because they were based in critical race theory.

Weingarten also praised Biden's Attorney General Merrick Garland for targeting parents who spoke out at school board meetings in favor of reopening schools, against masking, against critical race theory in schools, and against gender identity indoctrination.

"Threats against public servants are not only illegal, they run counter to our nation's core values," Garland said as part of the announcement that parents would be investigated in a similar way to domestic terrorists. "Those who dedicate their time and energy to ensuring that our children receive a proper education in a safe environment deserve to be able to do their work without fear for their safety."

"The Justice Department will launch a series of additional efforts in the coming days designed to address the rise in criminal conduct directed toward school personnel," the DOJ said.

It was later revealed that the Biden administration's education secretary encouraged the National School Boards Association to write a letter requesting that the DOJ undertake an investigation.