The lactose intolerance of the anti-Brexit left

There will be some pro-milkshake remainers, and glib liberal journalists waking up today and asking “does this mean we’re the baddies?” 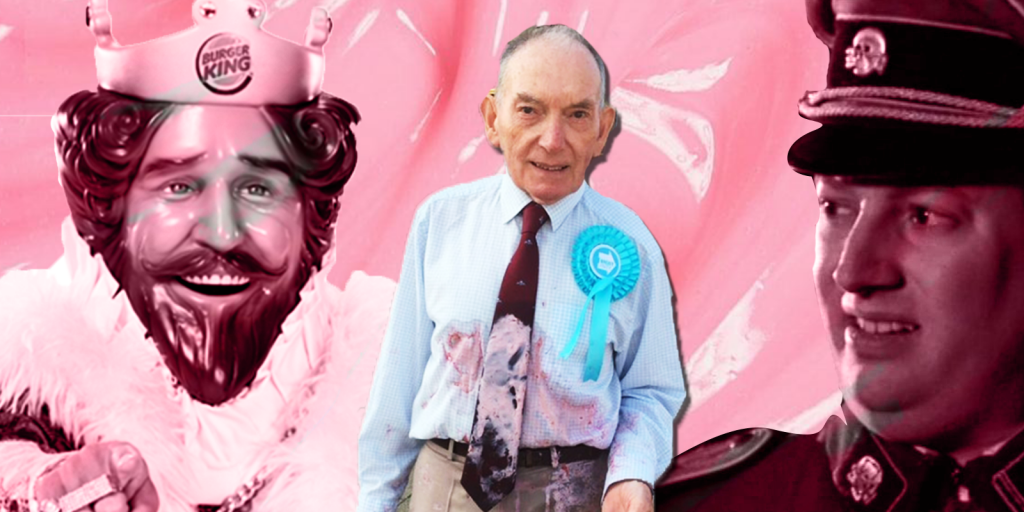 It’s always strange to see my hometown of Warrington in the news. I love the place that I grew up but it rarely makes headlines for anything positive. Last week it was the backdrop for the “milkshaking” of Tommy Robinson, an act that started a strange, sugary trend in the run-up to the E.U. elections.

I’m not a fan of Tommy Robinson, but I have, over the years, sympathized with him as a sort of personification of the misguided rage of the white working class guys I grew up around. It’s hard to explain to a Canadian audience how villainized white working class males are in the UK, but anyone familiar with chav culture and “u wot m8” memes will probably have an idea.

Disdained by middle class conservatives and liberals alike, they perform lowest educationally of any group and have some of the worst, if not the worst employment opportunities—angry at being brought into a world they see changing and having no place for them, they often lash out politically speaking, voting for whatever is the most radical change. Tommy is widely popular with these guys.

Still, Tommy Robinson marching through Warrington was something that worried me. Though public free speech and protests are something to support, in a town that still has scars of “the troubles” a “political march” is met with suspicion. Not far from where Robinson was “milkshaked” an IRA Bomb had gone off 25 years earlier killing two children and kick-started the Northern Irish peace process. Political marches by the protestant Orangemen would have been a common sight for the older generation and often used to provoke and stir up this sort of violence.

The first actual milkshaking was almost just an update on a British campaign classic. Famously, Tony Blair’s right hand man John Prescott had been egged on the final day of the 1997 election campaign. Not one to be taking it lightly, he leaned into his working class heritage did the only thing someone of his culture would do, gave the egger a good “thump.” This was caught on camera in an age before Twitter and instead of going “viral” was played, to the new labour PR teams dismay, on repeat on the nightly news just before the polls opened the next day. Far from being a disaster, labour would go on to win the elections with one of the biggest landslides in British history. It turned out to be pretty good optics.

The milkshaking of Tommy Robinson wouldn’t be the last. Carl Benjamin (AKA Sargon of Akkad) who was running for UKIP and Mr. Brexit himself Nigel Farage (twice), would follow in the days to come. A McDonalds in Edinburgh was ordered by the police to halt selling milkshakes while the more socially conscious obesity causing, burger chain Burger King advertised on Twitter that they were still selling theirs across the country … WINK WINK!

It came to a head yesterday when the ironically named and Russian owned newspaper “The Independent” reported that Farage had been “trapped on a bus by a milkshake wielding mob” this turned out to be fake news as even in the article itself it mentions Farage just choose to stay on the bus as “hooded men with milkshakes waited outside.” Many papers were now reporting that Brexit campaigners were being barraged with milkshakes up and down the nation.

We can argue all day about who deserves to get milkshaked and even laugh at the odd one, but you have to ask yourself if one side is constantly shutting down legal campaigning by throwing things at their political opponents, are they still the “good side.”

Defenders of milkshaking would argue that it’s okay as, naturally these people are “racist” by virtue of being pro-Brexit. It’s a narrative that has stuck to the Brexiteers for years. Looking at a Lord Ashcroft poll taken after the referendum it’s estimated that around 33% of Asians, 27% of Black voters and surprisingly 30% of Muslims voted to leave. A surprising amount of people there, voting for a something run by people who apparently hate them.

What it really seems like is the revival of the medieval stocks as punishment for digression. The righteous and rapid contingent of remainers choosing the more modern milkshake to humiliate their opponents as opposed to rotten fruit and veg. Instead of being locked in the village square for all to see, pictures are posted all over Twitter, the humiliation seen globally.

Much is made of “empowerment” by the liberal left these days, so many would have been encouraged by today’s events. One disgruntled remain voter was seemingly “empowered” to throw a milkshake over 82-year-old British army veteran Don Naughton at a polling station at the day of the vote.  who was wearing a Brexit party rosette was covered by the viscous lactose projectile on election day. His confused elderly face then stuck on Twitter for all to admire, like a deer’s head on the wall of a hunting lodge.

Like some sort of europhile Judge Dread, the perpetrator was judge, jury, and executioner.

His Charge: Being a Brexit supporter!

Many on the web celebrated this act as the others, but while some saw Robinson, Sargon and Farage as “fair game” this was a step to far, and like the famous Mitchell and Webb sketch where the Nazi officers look at the skull and crossbones on their caps, there will be some pro-milkshake remainers, and glib liberal journalists waking up today and asking “does this mean we’re the baddies?”