One female student attempted to intervene, but was punched in the side of her head twice by A. This student received injuries to her "eye, face, and head with a possible concussion." 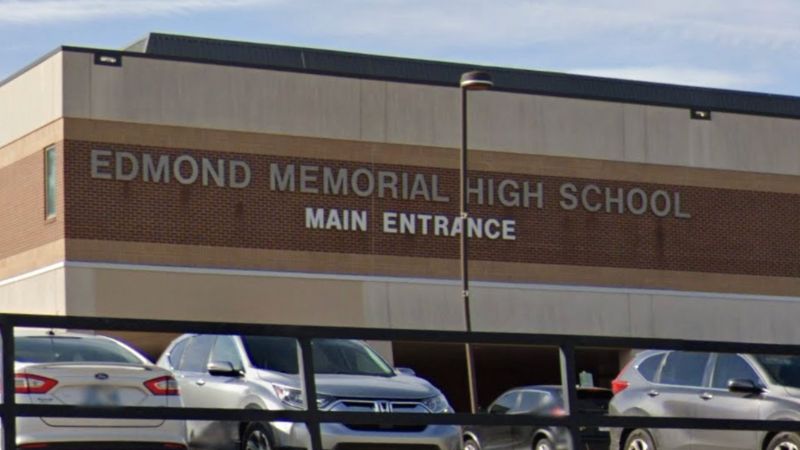 A transgender student in Edmond, Oklahoma has been charged with assault after allegedly attacking two female students inside of a high school women’s restroom.

According to Reduxx, the biological male student, identified as "A" in the police report, was charged with Assault and Battery and Disorderly Conduct, and was handed a summons for the two charges stemming from the incident inside of a women’s restroom at Edmond Memorial High School in October.

At around 8 am on October 26, police were called to the school on reports of a fight that had broken out. Upon arriving, the officer found one female student that had received injuries to her head and face at the nurse’s station.

The female student reportedly had "several red areas" on her face as well as swelling around both of her eyes.

The student revealed that A had approached her inside of the restroom while she was talking with a friend. She said that A tried to talk to her, and when she ignored A, the student began to get angry and asked if she "wanted to fight," approaching her with balled fists.

The female student said that A then hit her in the face, and according to Reduxx, "she indicated in her statement that she was not strong enough to fight back due to the force of the blow."

A allegedly grabbed the female student’s hair and pulled her to the ground, and began to kick her in the face and punch her repeatedly.

The student’s friends who had witnessed the assault pleaded for A to stop. One female student attempted to intervene, but was punched in the side of her head twice by A. This student received injuries to her "eye, face, and head with a possible concussion."

In the police report, obtained by Reduxx, one witness said that the student attempted to step in because A "is a man" and feared for her friend’s safety.

The police report indicated that A had begun the conversation with the victim because A was trying to “pay her back” for clothes A had reportedly stolen from her.

According to Reduxx, "The student also contradicts the victim and witness statements, and provides details that are inconsistent with the girls’ injuries as recorded by police."

The attending officer noted confusion over A’s gender identity, noting that A was registered as a female student, and that A’s birth certificate on file with the school listed no gender. The officer found a paternity affidavit that listed A’s gender as male.

A’s parent came to pick A up from the school, the police report stated. The parent reportedly blamed the victim for the assault, claiming that the female student had "made fun" of A’s transgender identity. The parent also confirmed that A was "born male but identified as female."

According to Reduxx, A reportedly also made a disturbing post to A’s Snapchat following the assault aimed at the female student who attempted to intervene.

When police approached the girl’s parents and asked if they wanted to press charges, they declined, noting the charges already in place.

A’s parent said that the victims had made "cyberbullying posts" directed at A, to which the police contacted the families of the girls and requested that these posts be taken down.

In a statement to Reduxx, Susan Parks-Schlepp, Director of Communications for Edmond Public Schools, said, "Administrators at Edmond Memorial High School investigated an injury fight involving two students in a women’s restroom. During the course of the investigation, it was discovered that one of the students involved in the fight is transgender and was using the women’s restroom in violation of state law which requires students to use restrooms according to the sex on their birth certificate."

"Those involved in the fight have received consequences in accordance with both district policy and state law."