Prime Minister Justin Trudeau has denounced the toppling of statues and the vandalism of churches that was seen on Canada Day. 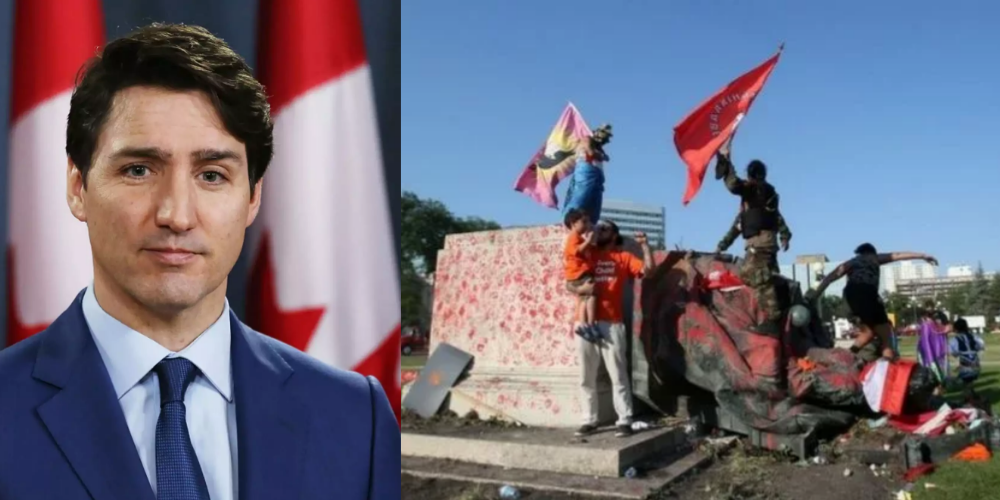 Prime Minister Justin Trudeau has denounced the toppling of statues and the vandalism of churches that was seen on Canada Day, as many took this day to protest Canada's past actions with the residential school system.

Over 1,100 unmarked graves of indigenous children have been found across Canada, causing grief across the nation that has inspired some activists to vandalize churches and statues.

Statues of Queen Victoria and Queen Elisabeth II in Winnipeg, as well as the statue of Captain James Cook in Victoria were vandalized on Canada Day.

Prior to Canada Day, the statue of Egerton Ryserson at the university that bears his name was toppled by vandals. Statues of Sir John A. Macdonald, Canada's founding father, were also taken down in Kingston and Charlottetown.

A growing number of Catholic churches are being vandalized across Canada, with many being set ablaze. In Calgary, at least 10 churches were vandalized on Canada Day.

Trudeau said that he understands the anger that people have against the Catholic Church and the government, and is pushing for Pope Francis to deliver a formal apology. The Canadian government has already apologized for the residential schools.

"It's real and it is fully understandable given the shameful history we are all become more aware of," said Trudeau. "I can't help but think that burning down churches is actually depriving people who are in need of grieving and healing and mourning from places where they can grieve and reflect and look for support."

Other leaders have also condemned the vandalism of the statues. This includes Arlen Dumas, grand chief of the Assembly of Manitoba Chiefs, who said, "It's unfortunate that they chose to express themselves the way that they did."

Manitoba Premier Brian Pallister stated that the vandalism was "a major setback for those who are working toward real reconciliation."