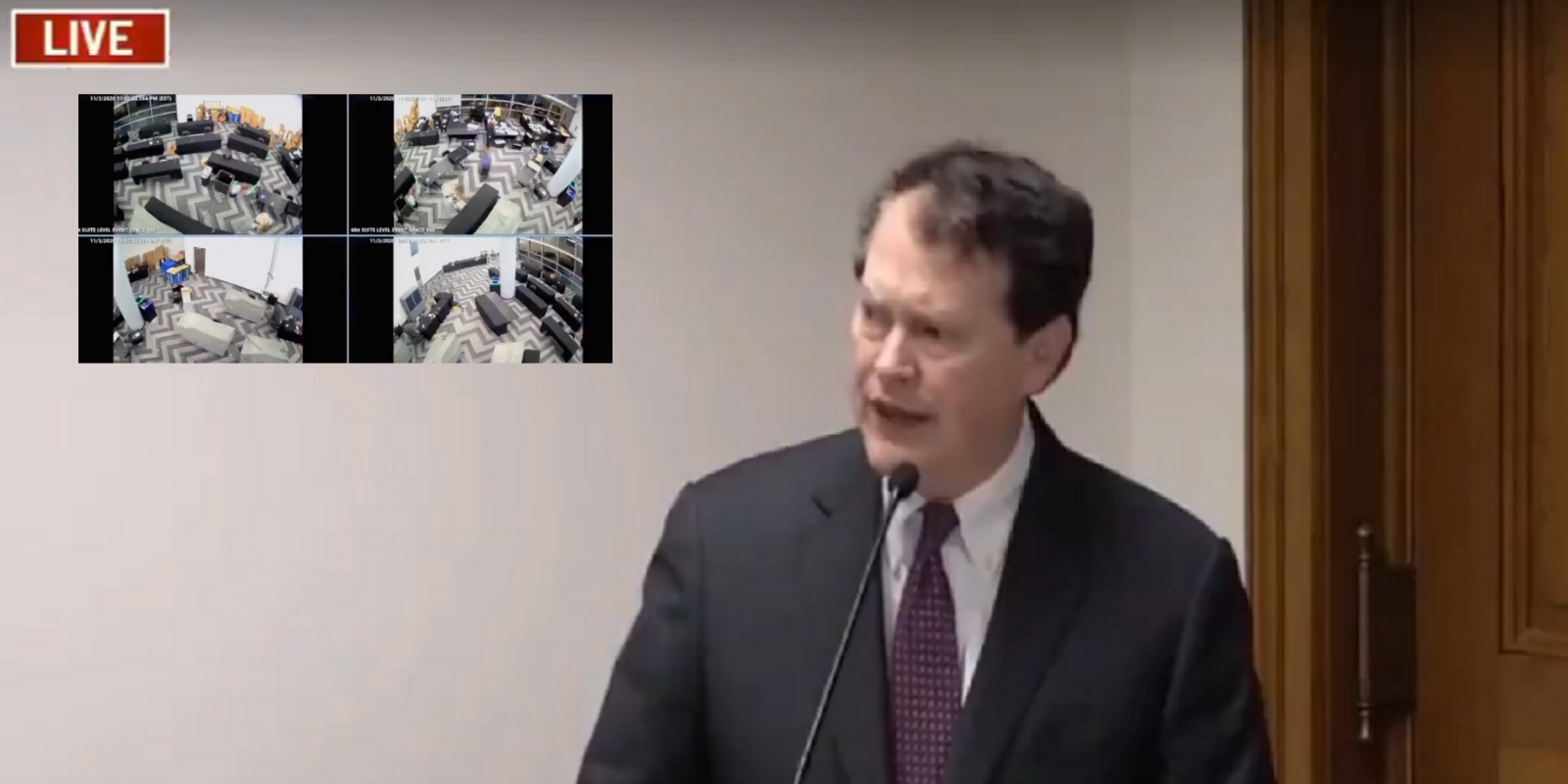 The list includes that 2,506 felons voted in Georgia, 66,248 underaged people were registered to vote in the state, 2,423 unregistered people voted, 10,315 dead people voted, among several others, according to Smith.

The President has repeatedly alleged election irregularities occurred in Georgia, a message that has largely been muffled by the mainstream press.

Earlier today, video footage showing suitcases of ballots being revealed from under desks in Georgia vote counting facilities after poll workers were reportedly told to leave the room.