Each time Hernandez has been banned has been shortly after one of her interviews went viral and garnered national recognition. 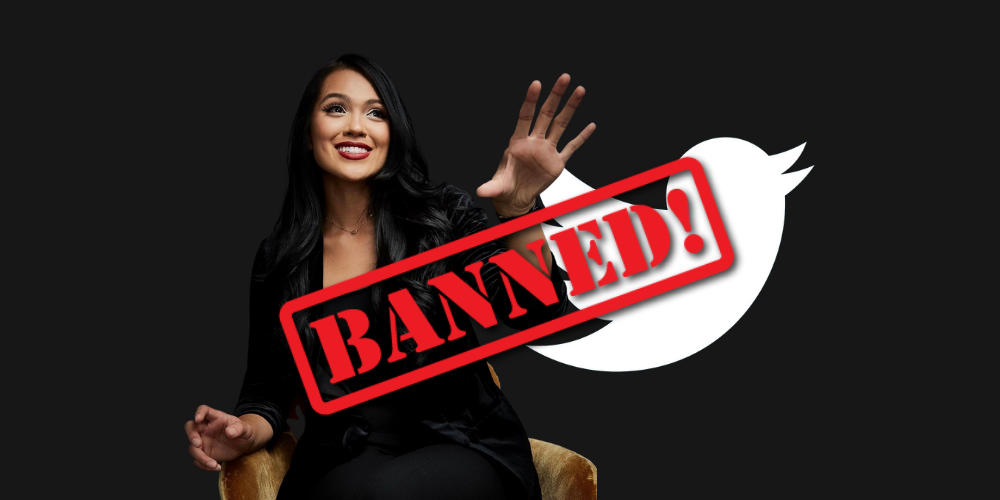 Independent journalist Savanah Hernandez has been banned from Twitter. Again. This time, her account @AnonNews14 was taken down without warning after she shared a video of interviews she did with attendees at the Washington, DC Pride March, asking them about their gender identities and sexual preferences.

The first time Hernandez was banned in November of 2020 was for ban evasion, shortly after sharing footage of the National Anthem being sang at the Million MAGA March in DC. The video was retweeted by President Donald Trump and received national attention.

Hernandez had no prior suspensions, and no accounts other than @Sav_Says. The same day Hernandez was banned, another account that was retweeted by President Trump, "Stonewall Jackson," was also banned.

When Hernandez was banned for the first time, Twitter did not initially give her an explanation. "I woke up and the account was just gone," she says. She appealed the ban, to which Twitter took one month to respond to and tell her it was for "ban evasion." She appealed the reasoning, but Twitter went radio-silent.

Hernandez proceeded to create a new account, this time for her podcast, Rapid Fire. However, @RapidFire_Pod would end up facing the same fate as her original account.

The second time Hernandez was banned, also for ban evasion, was after she shared an interview with an NCAA swimmer whose teammate lost a spot in competition to transgender UPenn swimmer Lia Thomas. Hernandez says that certain members of the LGBTQ+ community mass reported her account for the interview and she was banned. Again, she appealed the ban-evasion suspension with no response from Twitter.

Hernandez again created a new account to post her interviews and journalism on, this time going by @AnonNews14.

This is the third time, and on each occasion, the reason given has been "ban evasion." The only problem is that the first time she was banished, for her account @Sav_Says, she only had one account, that one.

Each time Hernandez has been banned has been shortly after one of her interviews went viral and garnered national recognition. Her work is neutral, and offers little to no commentary as Hernandez likes to "let people expose themselves."

Hernandez's journalism is well-respected amongst others in the industry, and she's made appearances on top-rated shows like Tucker Carlson Today. Human Events Daily host Jack Posobiec credits Hernandez as being the reason he was released after being detained in Davos, Switzerland while covering the World Economic Forum.

This is far from the first time Twitter's questionable enforcement of suspensions and censorship has been criticized. Twitter's policies which hinder the right to free speech was a large contributing to Elon Musk's decision to buy Twitter. On Monday night, Libs of TikTok leaked internal communications from Twitter employees in which staff bragged about deplatforming President Donald Trump.

Twitter's treatment of such a moderate journalist like Hernandez sets an alarming precedent for the future of journalism in the online era. Other accounts that face suspension from Twitter typically have a justification that, even if you don't agree with it, is understandable to a reasonable person in relation to Twitter's stringent content policies.

In Hernandez's case, there is no reasonable or honest justification. Twitter's punishment of Hernandez is the online equivalent to a bad cop planting a crack pipe in a sober driver's car.

It's time for Savanah Hernandez's account to be fully restored– and anybody who cares about the future of honest journalism should rally behind her.