Twitter states that their Civic Integrity Policy "covers the most common types of harmful misleading information about elections and civic events." 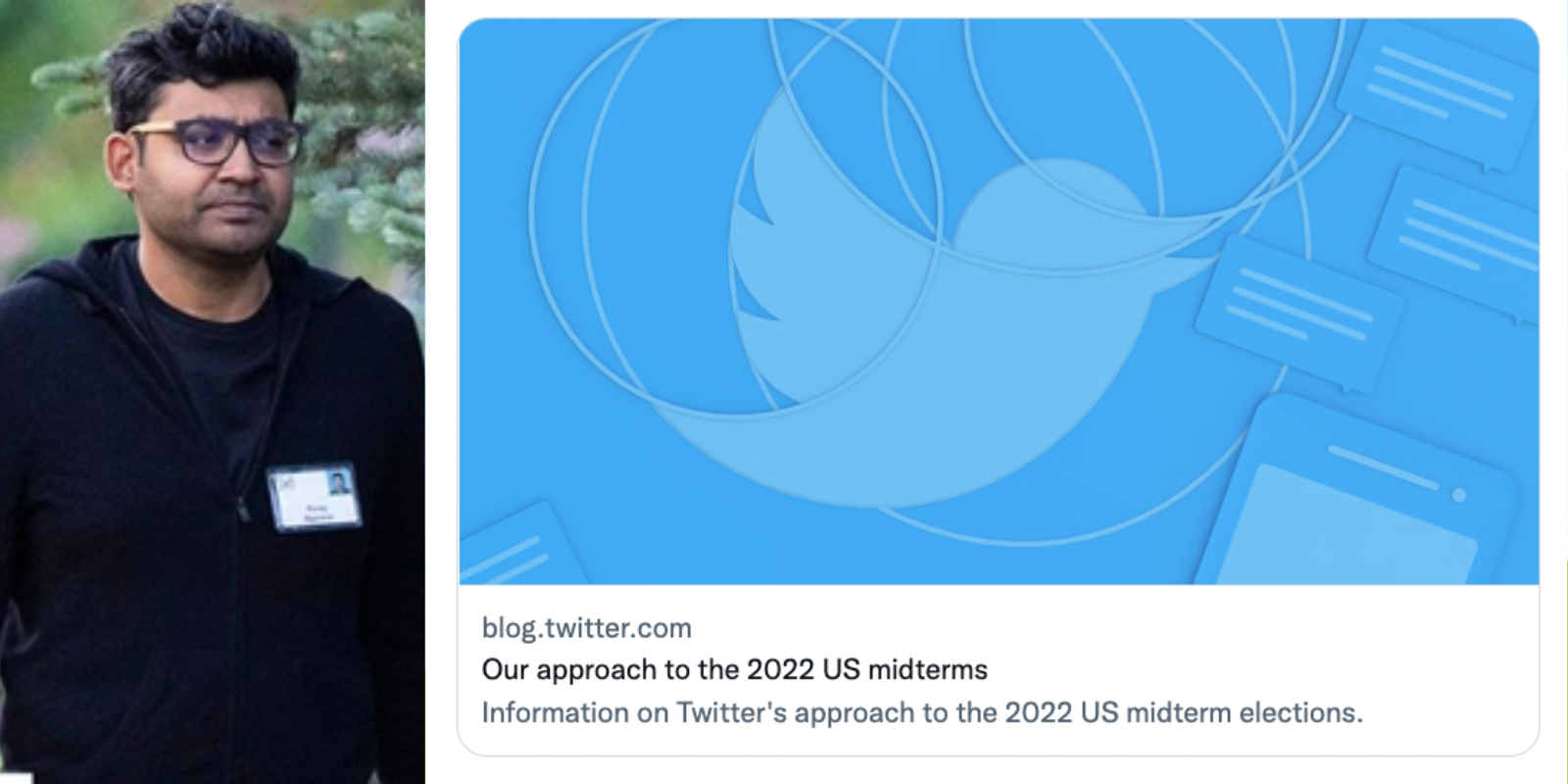 Twitter has rolled out some new terms and policies ahead of the 2022 midterm elections, during which the Republican Party is expected to overtake the Democrats to earn a majority in the US House. The election is seen as a barometer of how the Biden administration and their leadership has performed since taking office, and so far, the pressure is definitely on.

These changes are in addition to those made in the lead-up to the 2020 presidential election, in which Twitter's suppression and censorship of information played a key role in misinforming the public.

Twitter is stepping up to bolster their terms and prevent "misinformation," that catch-all concept for anything that goes against the Democrat-driven narrative. As such, they've announced "steps we're taking ahead of the US midterms to protect civic conversation on Twitter."

As they've done in international elections, Twitter is now "activating enforcement" of their "Civic Integrity Policy for the 2022 US midterms." Twitter states that their Civic Integrity Policy "covers the most common types of harmful misleading information about elections and civic events," which include: false claims about how and where to vote, voter intimidation, and "misleading claims intended to undermine public confidence in an election," which includes "false information about the outcome of the election."

When Twitter mods encounter information they believe comes under the "harmful misleading information" category, they will "not recommend or amplify this content," and will provide a "prompt prior to liking or sharing labeled tweets, and in cases where there is potential for harm associated with the false or misleading claim, the Tweet may not be liked or shared to precent the spread of the misleading information."

In the lead up to the presidential election in 2020, Twitter suppressed and censored reporting by the New York Post that tied then candidate Joe Biden to his son Hunter's overseas business dealings, with insinuations and allegations of influence peddling. Twitter believed reports coming out of the Biden campaign, and other sources, that claimed the information had been obtained through hacking, a disallowable practice, or was "Russian disinformation."

This suppression had an impact on the US presidential election, potentially skewing results in Biden's favor, as polls later indicated.

Twitter will additionally crack down on "fake accounts that misrepresent affiliation to a candidate or elected official."

Twitter speaks about their success with "misleading information labels," claiming that they saw "promising results" in encouraging people "to read debunking content." These are labels seen on tweets that Twitter deems to be misinformation. Things that have previously been labeled "misinformation" by the platform were claims that the Covid-19 virus originated in a Wuhan lab, or that those who are vaccinated against that virus could still spread it.

In addition to suppressing information, Twitter will boost information that it has determined, through non-transparent means, to be accurate. To that end, it will "prebunk" things, "to get ahead of misleading narratives on Twitter, and to proactively address topics that may be the subject of misinformation." Prompts will appear "directly on people's timelines" as well as in the search function "when people type related terms, phrases, or hashtags."

There will be "state-specific" information, where a user's location will be used to determine information they see about elections where they are, not only from "state election officials," but from "local news outlets and journalists." It's unclear as to how those news outlets and journalists will be vetted by Twitter, or if proximity is the only factor in determining veracity.

They intend to "improve recommendations," as well, based on testing done on Brazilian elections, "to prevent misleading Tweets from being recommended through notifications," which they say resulted in "impressions on misleading information drop[ping] by 1.6 million per month."

Twitter will identify who is running for office, noting on all a candidate's tweets that they are a candidate for office, and will "protect and secure accounts of government officials, candidates for office, journalists, and more ahead of the midterms."